Sohryngkham MDC Pyniaid Sing Syiem, alongside the traditional heads from Mawshbuit village in Shillong, urged the Meghalaya Government to set up a High-Level Committee (HLC) to resolve the recent Mawshbuit altercation. 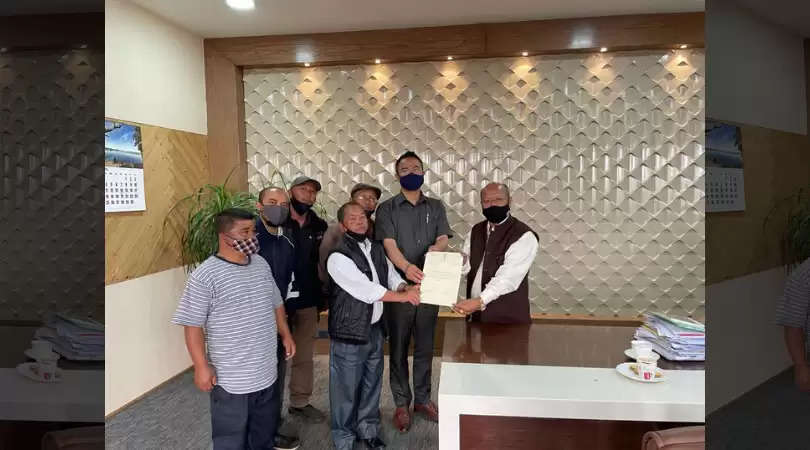 Sohryngkham MDC Pyniaid Sing Syiem, alongside the traditional heads from Mawshbuit village in Shillong, urged the Meghalaya Government to set up a High-Level Committee (HLC) to resolve the recent Mawshbuit altercation.

An altercation broke out on Monday, April 12, between the residents of Mawshbuit and personnel of 58 Gorkha Training Centre (GTC) after the latter reportedly shut the gate, denying the residents entry into the village.

Syiem, alongside the Dorbar Shnong of Mawshbuit, met Deputy Chief Minister Prestone Tynsong on Wednesday and suggested that the HLC should conduct an enquiry and come up with solutions to resolve the issue.

“It is not the first time that such an altercation took place. It has been happening since 2012, and we want to remove this hurdle that has disturbed the people now and then, all because of the presence of the gate which is erected by the GTC. We want the government to set up an HLC to find out a solution to this,” Syiem said.

He also alleged that armed forces would put up barricades affecting the movement of the public.

Syiem said that the Deputy Chief Minister had asked the district administration to prepare a report, which the government would examine once ready.

He also claimed that the government would take up the issue with Union defence minister Rajnath Singh.

Earlier, Chairman of the Meghalaya State Planning Board and Nongkrem MLA, Lambor Malngiang, said that he would be sending a memorandum to the Union Defence Minister to apprise him of the alleged inconveniences faced by the civilians because of armed forces.