Meghalaya | Load-shedding crisis not within the control of govt: James Sangma 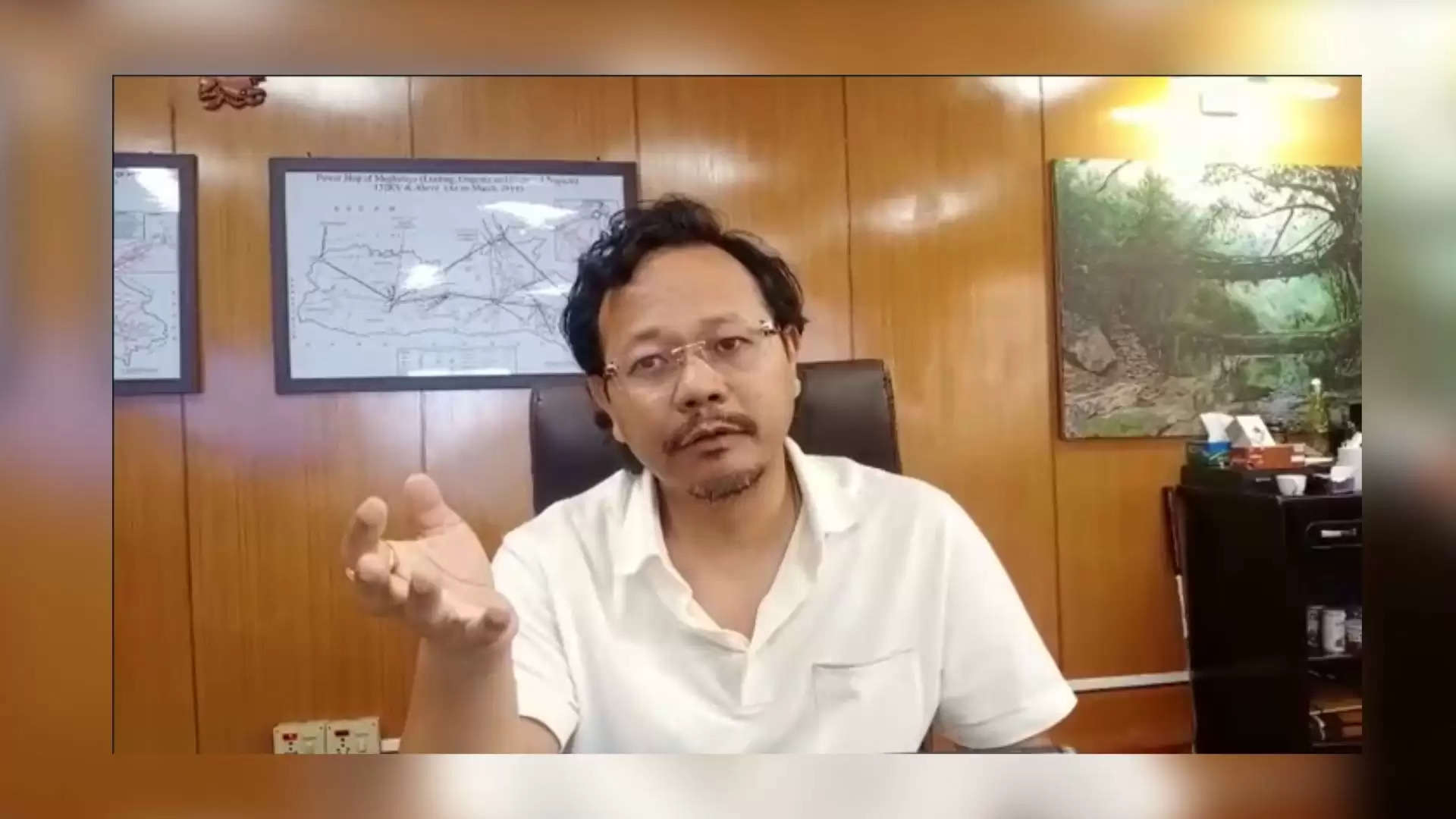 Meghalaya Power Minister James Sangma said that the load-shedding crisis is not within the control of the government though it is working to pre-emptively nip the problem in the bud.

He expressed optimism that the state will not experience load-shedding in the coming months but hopes for adequate rainfall this monsoon.

Besides responding to queries on load-shedding, the minister also spoke about the rejuvenation of the Umkhrah river, degradation of catchment areas and a proposal to arm the forest officials to fight off poachers.

Sangma, who is also the Forest and Environment Minister, said that the department is looking at rejuvenating the rivers through the river rejuvenation programme.

Asked about plans to revive the Umkhrah river, Sangma said that the rejuvenation of Umkhrah river is going to be a very challenging and important task.

He said that it is challenging because it is not just the forest department, but it has to be interdepartmental coordination between the Urban Affairs, Soil and Water Conservation, Water Resources and Forest and Environment departments.

“That kind of synergy and cooperation is required and, we are on the job. We hope that eventually in the future we will reverse this degradation that is taking place”, he said.

Of late, the Umkhrah river was in the news again following reports of alleged encroachment along the banks of the river. Besides, all these years, there have been numerous attempts to clean the river, which is ridden with filth and garbage in sharp contrast to its yesteryears' glory, when it was known to be a crystal clear river.

When asked about pollution management of the river, Sangma said, “There are checks and measures that I believe have been put in place to ensure that such kind of leakages of acid into our river sources is reduced. But from the part of the Forest department, we are looking at not just how to reduce the amount of or bring a stop to acid poisoning of our rivers, but we are also looking at how we can protect our catchment areas because this is a very big concern that we have right now.”

The forest minister also said that most of the catchment areas which are feeding the rivers are under serious degradation and stated that it is very important that we start acting on this.

He informed that he had instructed the Forest Department to come up with a comprehensive plan for identifying the catchment areas (which have been seriously degraded).

“So this comprehensive plan involves not just identification of the land but also identifying the owners. We need to come up with an action plan in terms of how we can stop this degradation and deforestation that is taking place and arrest the soil erosion," he said.

To arm the forest guards

To a question on the request made by the Supreme Court to arm forest officers in fighting poachers, Sangma said the proposal is being processed, considering that the state is peaceful sans militant activities.

He said that during the heights of militancy, an incident occurred where certain militant outfits stormed into a reserve forest and snatched away the arms which were originally given to the forest guards.

Due to militant activities, it was decided to discontinue arming the forest guards with weapons as, “militancy was at its heyday in those days.”

“But now we all know that Meghalaya is peaceful and, we are looking at going back to arming our forest guards so that they can do their duties better. This proposal is being processed right now," he said.

It may be mentioned that the Supreme Court had in January urged the state governments to arm forest officers by providing them with bullet-proof vests and vehicles since India accounted for 30 per cent of fatalities among forest rangers in the world.

“There have been many seizures done by the wildlife wing. We are constantly under watch and, we iterated that we have zero tolerance to such illegal activities," the forest minister said.

“This is something that requires a lot of resources. The area of operation is very large and when we look at the kind of manpower available with us, to go to every nook and corner to start identifying is a very difficult task," he added.

However, the minister ensured that there is an intelligence network that is gathering information from sources and immediately acts on those tipoffs.

“But it’s not easy because the area of operation is very big and our resources are limited," he reiterated.