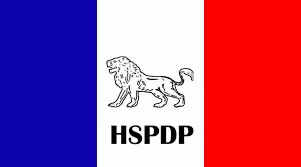 The Hill State People’s Democratic Party (HSPDP) will honour the hill state leaders and volunteers for their contribution towards the attainment of Meghalaya statehood, on November 10.

“As Meghalaya is all set to celebrate its 50th year of statehood in 2022, we feel it is appropriate to felicitate the hill state leaders and volunteers of the party who fought bravely to ensure Meghalaya attain its statehood,” he said.

Pangniang recalled that the HSPDP under the leadership of late Hoping Stone Lyngdoh had opposed the creation of an autonomous state and instead demanded a full-fledged state of Meghalaya.

“In 1970 when the then Prime Minister inaugurated the autonomous state of Meghalaya, thousands of volunteers with black flags raised their concerns that they needed a full-fledged state,” he said.

“Hundreds of members of the party were arrested in Shillong, which was the then headquarter of Assam state,. They were jailed in Guwahati for a period ranging from three months to six months,” Pangiang said.

Meanwhile, the HSPDP leader further informed that the general council meeting of the party will be held in the first week of December and the decision was taken after the Election Commission of India directed the party to furnish details of the new body as well as the names of the new office bearers.