The pillion rider has been admitted to Williamnagar Civil Hospital, the police informed. 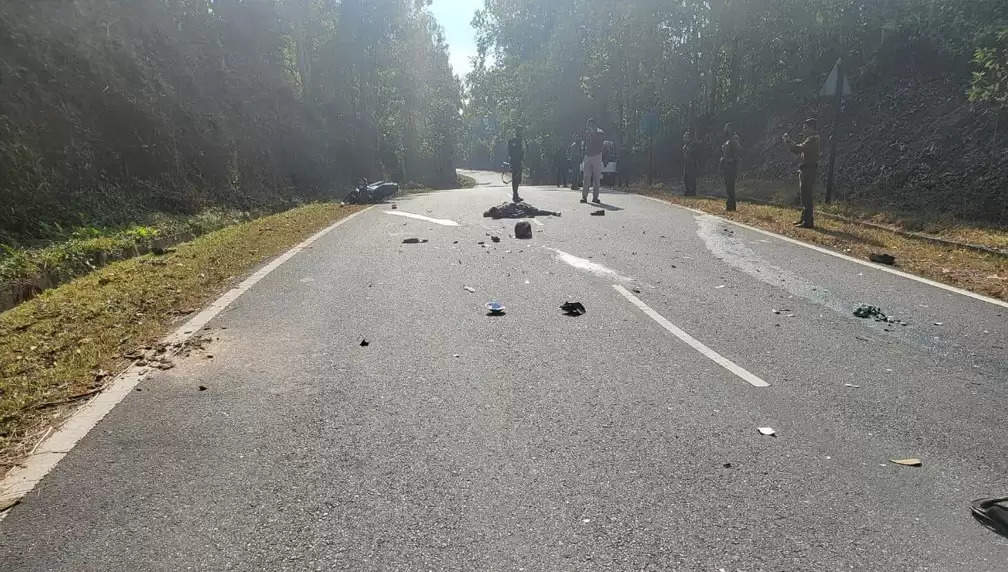 A police vehicle escorting Meghalaya Home Minister Lakhmen Rymbui from Shillong to Williamnagar collided head on with a two-wheeler, on January 13.

While the rider died on the spot, the pillion rider suffered serious injuries. The deceased has been identified as Joakim Marak, 45, from Dimit Rongtatgittim of Dobu village in East Garo Hills.

The incident took place at Kera, on the way towards Songsak, when the Home Minister’s convoy was coming from Shillong via the Nongstoin-Shallang-Rongjeng highway and was going towards the East Garo Hills district headquarters for a review meeting with superintendents of police from Garo Hills. The police gypsy belongs to East Garo Hills District Executive force (DEF).

"Immediate assistance to the family of the deceased is being provided and necessary action will follow depending on the police inquiry," informed East Garo Hills Superintendent of Police Bruno A Sangma.

According to the district police chief, early indications reveal it was a high-speed collision and the motorcyclist was on the wrong side of the road.

"The biker had veered from his lane and crossed the divider of the road, when the accident took place," says SP Bruno Sangma.

He said that the medical test conducted on the driver ruled out any possibility of him driving under the influence. He also informed that a case has been registered and inquiry into the matter is going on.

The pillion rider has been admitted to Williamnagar Civil Hospital, the police informed.