Five teams of vaccinators from Ranikor CHC, led by Medical Officer-in-charge Dr Patmos Warjri were ready to battle all odds to reach remote villages, to take COVID-19 vaccination to villagers who were unable to come to vaccination sites, amidst the ongoing monsoon rains. Villages falling under Ranikor Community Health Centre in Meghalaya's South West Khasi Hills district are amongst the most hard-to-reach and inaccessible areas. And while the State has been devising strategies to battle vaccine hesitancy, the incessant monsoon, treacherous terrain, unmotorable roads and steep hills make vaccination harder for not only the residents but more so, for the healthcare workers to reach the last mile.

But five teams of vaccinators from Ranikor CHC, led by Medical Officer-in-charge Dr Patmos Warjri were ready to battle all odds to reach remote villages, to take COVID-19 vaccination to villagers who were unable to come to vaccination sites, amidst the ongoing monsoon rains.

On July 14, 2021, five vaccination teams comprising of all female members decided to take the vaccines to residents in remote villages of Kulang, Amarsang, Thadteja and Pormawdar. The villagers had been eagerly waiting to get themselves vaccinated but due to the ongoing monsoon, inaccessible terrain, non-motorable roads and dense forests, they had not been able to make it to the vaccination centre. The Officer-in-Charge of Nonghyllam Police Station offered to send police personnel along with the team for security and safety reasons as all the members of the vaccination teams were females. 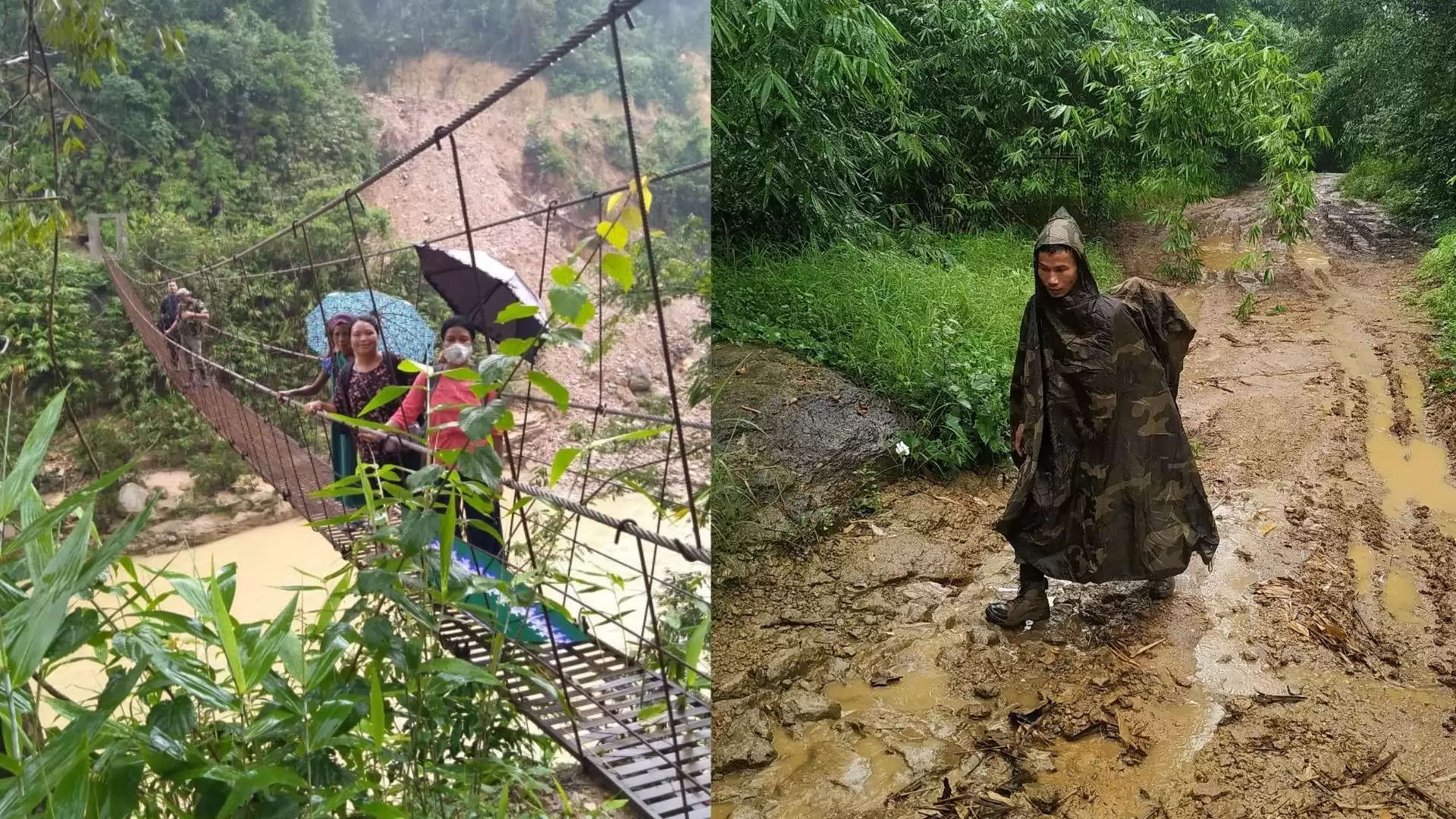 The teams set out for their destinations at around 5.30 am and managed to reach Kulang, one of the villages at around 8 am by vehicle. However, on the way to Pormawdar, the teams encountered a heavy flood. But there was no turning back. The teams decided to walk it or, wade it, as you may call it, for almost three hours and reached the village at around 11 am.

"We even joked amongst ourselves as to who received the highest number of leech stings as we encountered many leeches and snakes as well on our journey. Despite all this, our teams managed to vaccinate a total of 147 beneficiaries in all these villages. We made our way back on foot to Pormawdar and back to Kulang by 11:00 pm the same night, and finally reached Ranikor CHC at around 1:30 am of the following day", read the report by Medical Officer-in-charge Dr. (Miss) Patmos Warjri. 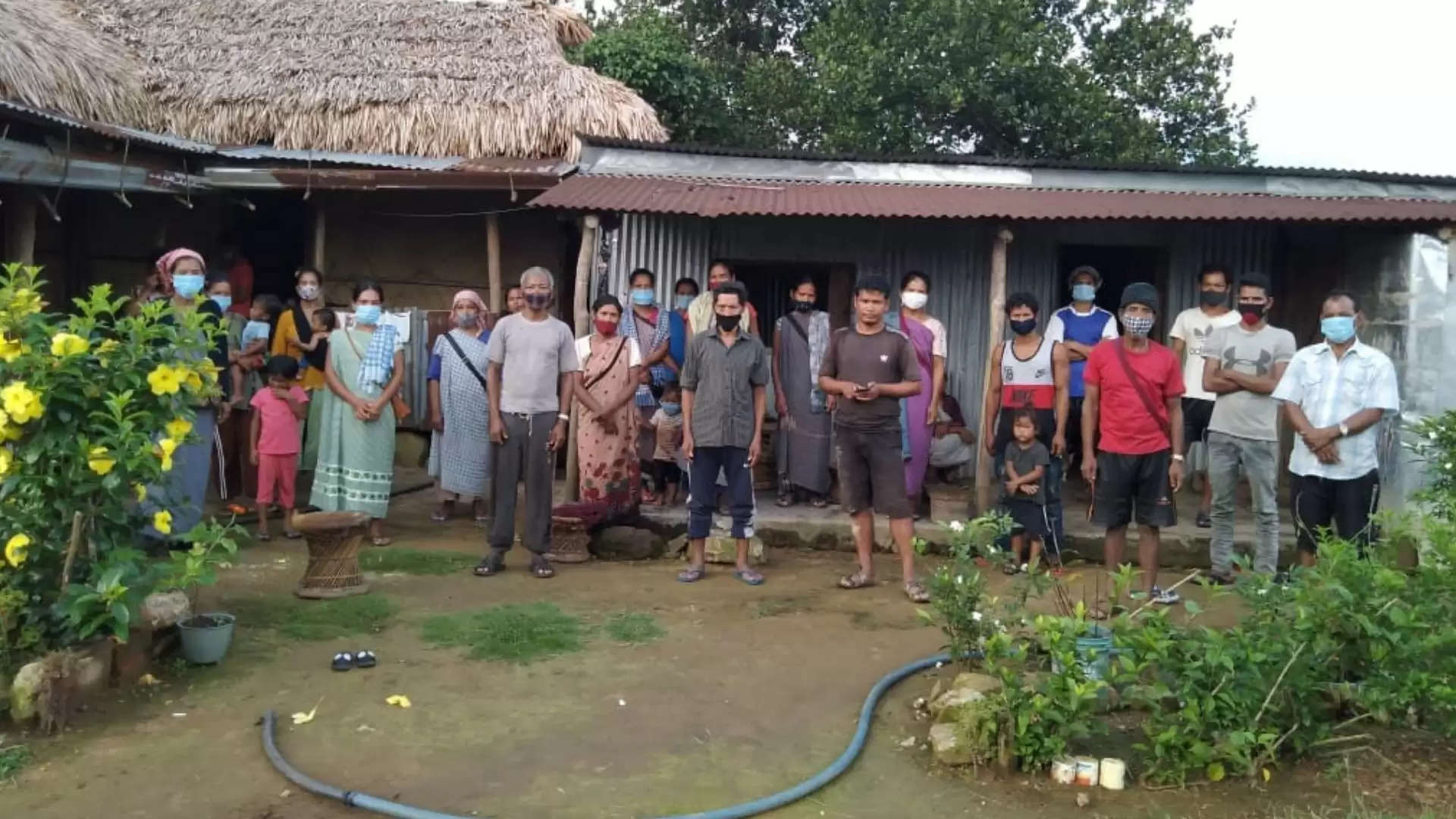 For vaccinators in remote areas, like the ones falling under Ranikor CHC, several villages are difficult to reach, even during normal circumstances. And monsoons in Meghalaya can pose their own set of problems.

Vaccination programmes can become extremely challenging, especially with intense heat, humidity and no network connectivity. "Vaccinators may return from session sites as early as 6:00 pm and as late as 11 pm on a daily basis, depending upon the distance of the session sites from CHC", as per a statement from the Medical Officer.

This was the third attempt on part of the vaccination teams to reach the villages, as the region has remained extremely cut off due to bad weather. After two previously unsuccessful attempts, this time, they made it!

About the writer: The writer is a Media & Communications Officer working with the Government of Meghalaya. She is currently engaged in the documentation of COVID-19 activities in the State.