The shape of the third wave is still unclear and unpredictable; and there is no proof or evidence to conclude that the third wave will impact the children, in particular. 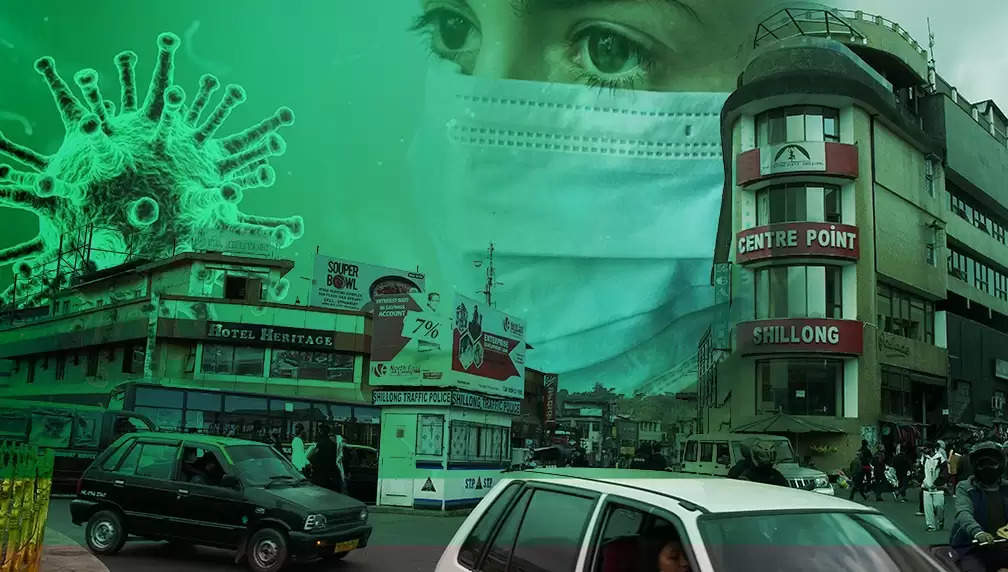 The inevitable third COVID wave that is predicted to hit Meghalaya any time soon has got the state government up and running in making the required arrangements and preparing itself for another bout of the battle against coronavirus.

However, the shape of the third wave is still unclear and unpredictable; and there is no proof or evidence to conclude that the third wave will impact the children, in particular.

An epidemiologist from the Indian Institute of Public Health (IIPH), Shillong, Dr Rajiv Sarkar, stated that they cannot predict whether it would be the Delta variant, mostly responsible for the second wave in India, or a new mutation that will drive the third wave.

"We are talking about a hypothetical scenario because now, it is difficult to say whether the third wave will even come or not," he said.

On concerns relating to children being more susceptible to the virus in the impending third wave, Dr Sarkar said there is no data or evidence to suggest that children will be largely impacted.

"If we look at the epidemiology of coronavirus - if we look at the first or second wave, it is not that children were not infected. They were infected but they largely had a milder or asymptomatic disease. We know that children are the vulnerable group but for coronavirus particularly, they have largely had a milder infection or asymptomatic," he asserted.

A medical professional from Nazareth Hospital, Shillong, Dr Synrang B. Warjri echoed similar views. According to him, the magnitude of the third wave is difficult to predict. "But there is no strong scientific evidence that the third wave will affect children predominantly," he said.

Dr Warjri pointed out that this theory came from an assumption that since the pattern of vaccination is in reverse age order starting with elderly then the adults, "So, in that sequence, the children will be vaccinated last, which leaves them vulnerable to the third or fourth wave."

Who are the vulnerable groups?

And this can be achieved through vaccination. "If we get good vaccination coverage, if people follow the protocols - wearing masks, social distancing and hand hygiene, we may not even see the third wave," he said.

Similarly, Dr Warjri predicted that the third wave, if it hits Meghalaya, will affect all those who are unvaccinated, children or otherwise.

Is Meghalaya prepared to take on the third wave?

He informed that a committee of paediatricians and gynaecologists have been instructed to get ready for any eventuality for tackling the third wave and increase bed capacity in all hospitals.

"The government is putting in a lot of efforts in creating awareness through the respective Deputy Commissioners, down to the block level, regarding vaccination," Hek said.

He also informed that doctors and health workers across the state are currently receiving training from experts on how to deal with the crisis if it hits Meghalaya.

As for the current bed capacity in the state, the health minister said that there are more than 800 beds, out of which 400 beds are occupied by COVID patients.

"The third wave, if it comes, will be more intense than the second. We saw the Meghalaya's Health system being totally overwhelmed by the second wave. The third wave will be worse," Dr Warjri predicted.

Meanwhile, the epidemiologist said that it depends on the severity of the third wave. "We really do not know what will be the shape of the third wave. It will be difficult to predict and it will also depend on how fast the cases are coming in," he added.

Referring to the first and second waves, Dr Sarkar believed that Meghalaya has been quite proactive as a state. "We started putting in containment measures quite early on in this pandemic. Looking at the numbers, they (the government) have been quite careful. I am sure we will be as proactive as we have been in the last two waves," he said.

How to fight against the third wave?

"Get yourself vaccinated and always follow protocols," said medical experts.

Dr Sarkar asserted that the norms and protocols are the same for the first and second waves; for the third wave, it will not be any different.

"If you are vaccinated, the chances of you contracting the virus is slim. And the protocols of wearing a mask, maintaining social distancing and hand hygiene remain the same," the epidemiologist maintained.