A meeting was held between the Forests and Environment Minister James PK Sangma and environmentalists on Tuesday to discuss new development and growth strategy for forests, environment and climate change in the state. 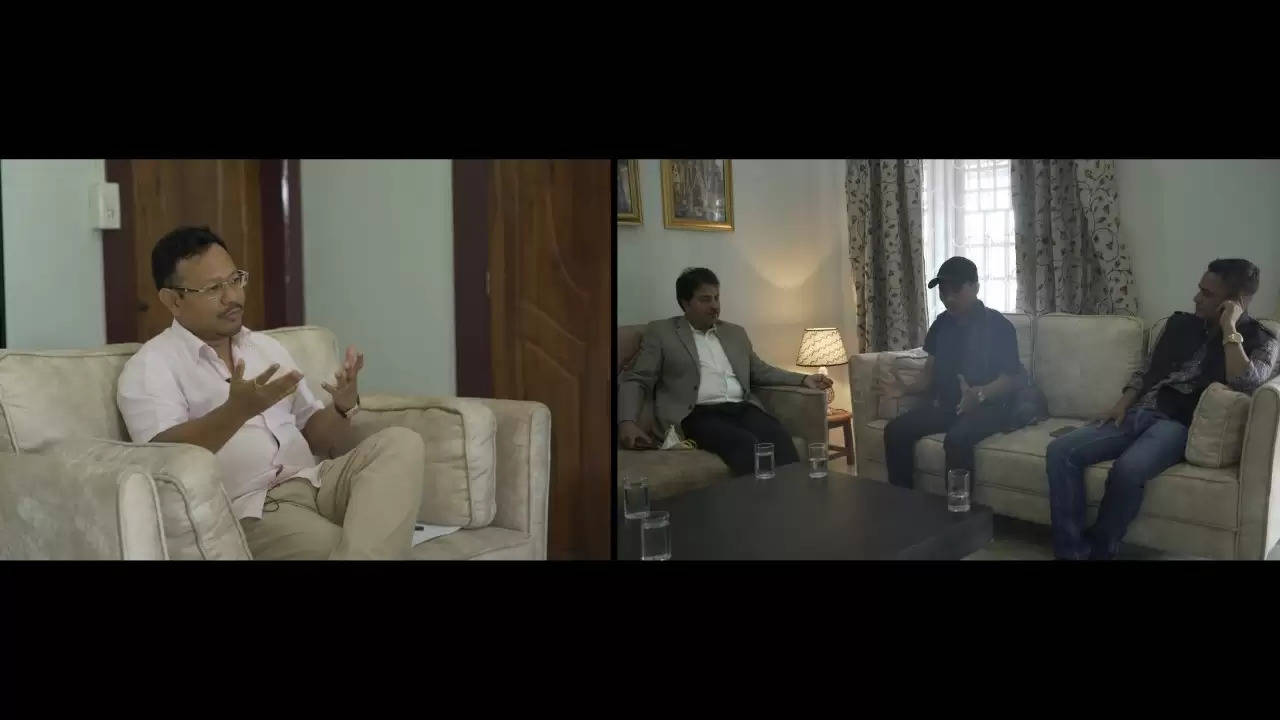 With an aim to protect and preserve the fragile ecosystem, the Meghalaya government is engaging with like-minded people to chalk out plans of action to mitigate climate change using both technological advancement and traditional values.

A meeting was held between the Forests and Environment Minister James PK Sangma and environmentalists on Tuesday to discuss new development and growth strategy for forests, environment and climate change in the state.

“I want to create an environment leadership paradigm for Meghalaya through participative governance where people’s views and suggestions are considered for a better future. With covid, it has jolted all of us and has opened up the vulnerabilities of the systems which needs to be tackled with a sense of urgency,” Sangma said.

Naba Bhattacharjee, who is a retired forest officer, suggested we need to follow the traditional values and ethos of the tribal people in the state to preserve and protect the forests.

“The value system and belief of the Khasi, Jaintia and Garo people need to be restored if we want to protect the environment,” he opined.

Similarly, Nicholas J Kharnami, RJ and founder of Partners of Plaw Iew, lamented the fact that traditional values are lost due to globalisation.

“To take better care of nature and the environment, it is important that we go back to our roots and value system,” he said.

At the same time, he suggested that the economic activity of the people has to be taken into consideration to ensure sustainable livelihood and to protect the environment.

Meanwhile, Morningstar Khongthaw, founder of the Living Bridge Foundation, known for maintaining living root bridges in Rangthylliang village in Pynursla, said the need of the hour is to have a practical curriculum where students are hands-on when it comes to the study of the environment.

“Students should be able to touch, see and grow plants and trees and not just read about them in a classroom,” he said, adding that spreading awareness about the value of preserving living roots bridges through different traditional skillset and art forms would help in securing our heritage and culture.

Talking about the sustenance of the famed Living Root Bridges of Meghalaya, the minister informed that the government is looking at bio patents for living root bridges in the state through a technology called Baubotanik.

The Forest Minister is proposing the Government introduce a climate change curriculum in schools as he thinks the world is fast turning into a bio-economy where sustainability will have to be the norm going forward.

“We are a young state and I am looking at this as an opportunity to reverse deforestation and turn this into a regenerative economy,” he highlighted.