The GSI informed that the Northeast part of India has always been a source of tourist attraction for both domestic and international tourists with its extensive flora, fauna and vibrant natural landscapes. 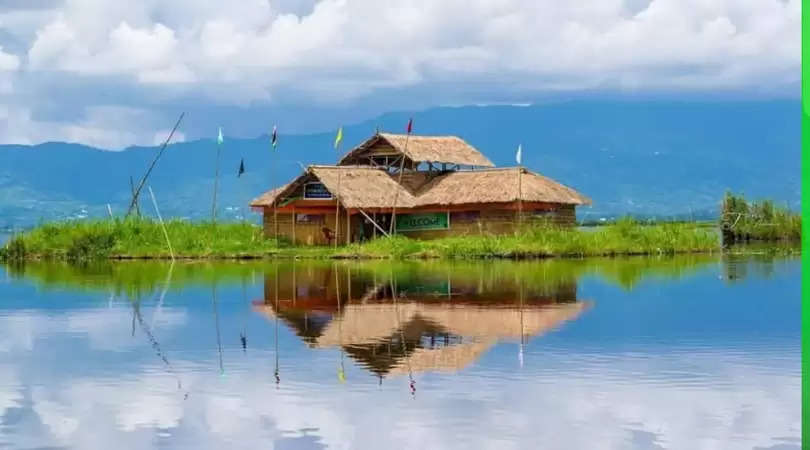 The Geological Survey of India (GSI) has identified a list of places across the Northeastern part of India for tourist attraction and geo-tourism, that will enhance tourism in the area, besides being a source of healthy retreat.

The GSI informed that the Northeast part of India has always been a source of tourist attraction for both domestic and international tourists with its extensive flora, fauna and vibrant natural landscapes.

"Northeast India with its wide arrays of flora, fauna, scenic beauty and rugged terrains is a traveller’s delight. Geological Survey of India, the 171-year-old premier Geological science and research organisation has identified certain places across northeast which are tourists delight but with a tinge of Geology added to it," the GSI stated.

Terming the place to be naturally gifted and different from other regions in India, the GSI maintained that the region can become a tourism hotspot if the tourism industry collaborates with the government to promote such places.

While there are 32 approved Geo-tourism or Geo-heritage sites that are included in the list, a few others listed below also have distinct features which are geographic marvels.

Mawblei- Situated near the Syntung village of East Khasi Hills District, the rock is locally known as Mawblei (God’s rock in Khasi language) and is a sacred place for the local populace of Mawkynrew Block in East Khasi Hills District. The boulder is composed of the reddish-purple gritty Mahadek sandstone belonging to the Khasi Group of Cretaceous age.

It is a natural wonder that dates back thousands of years and signifies major geological changes that the region might have witnessed.

K-T Boundary mass extinction- Located in East Khasi Hills district of Meghalaya, the site is one of the best-preserved and most complete Cretaceous-Palaeogene K-T Boundary sections in India. Most of the large vertebrates, planktons and many tropical invertebrates suddenly became extinct at the end of the Cretaceous period.

Naga Hill Ophiolite (NHO)- Located in the Kiphire District of Nagaland, the place has vast potential for intensive research and economic growth given the fact that the area hill possesses ophiolitic rocks of mantle and oceanic crust parentage at the continental plate margin.

Majuli-River Island- The beautiful island is one of the biggest riverine islands in the entire world situated on the turbulent waters of the Brahmaputra River. It is considered a tourism delight with fast flora and fauna.

Stromatolite Park in Sikkim-This is another beautiful site that was discovered a little over a decade ago. The site provides one of the rare examples of early life on Earth in the Sikkim Himalayas.

Chabimura-Chabimura is famous for its panels of rock carving on a steep mountain wall on the bank of river Gomati in Tripura. There are huge carved images of Shiva, Vishnu, Kartika, Mahisasura Martini Durga and other Gods and Goddesses. The hill ranges are covered with thick jungles and according to folklore, one can reach the abode of gods only after trekking through this jungle.

Unakoti-Unakoti is a historic Shaiva pilgrimage spot and dates back to the 7th and 9th centuries. The artistry of rock-cut sculptures and ancient temples here is magnificent. natural beauty including mountain scenery and waterfalls are an added bonus to visit this place.

Reiek Cuesta in Mizoram- Reiek Cuesta is a beautiful cuesta formed due to erosion of the Tertiary sand shale alternations near Aizawl.

Shonga-tser Lake or Madhuri Lake- The lake is located in the Tawang District of Arunachal Pradesh. The lake is formed due to damming of a river during an earthquake event.

Umananda Island-It is the World’s smallest river island situated on the Brahmaputra River in Assam. Is composed of the rocks of Assam Meghalaya Gneissic Complex.

Loktak Lake- Loktak Lake in Manipur is the largest freshwater lake in India, as well as the largest lake in Northeast India. It is famous for the phumdis floating over it.