It happens to be the first record of sauropods of probable Titanosaurian origin discovered in the South West Khasi Hills of Meghalaya. 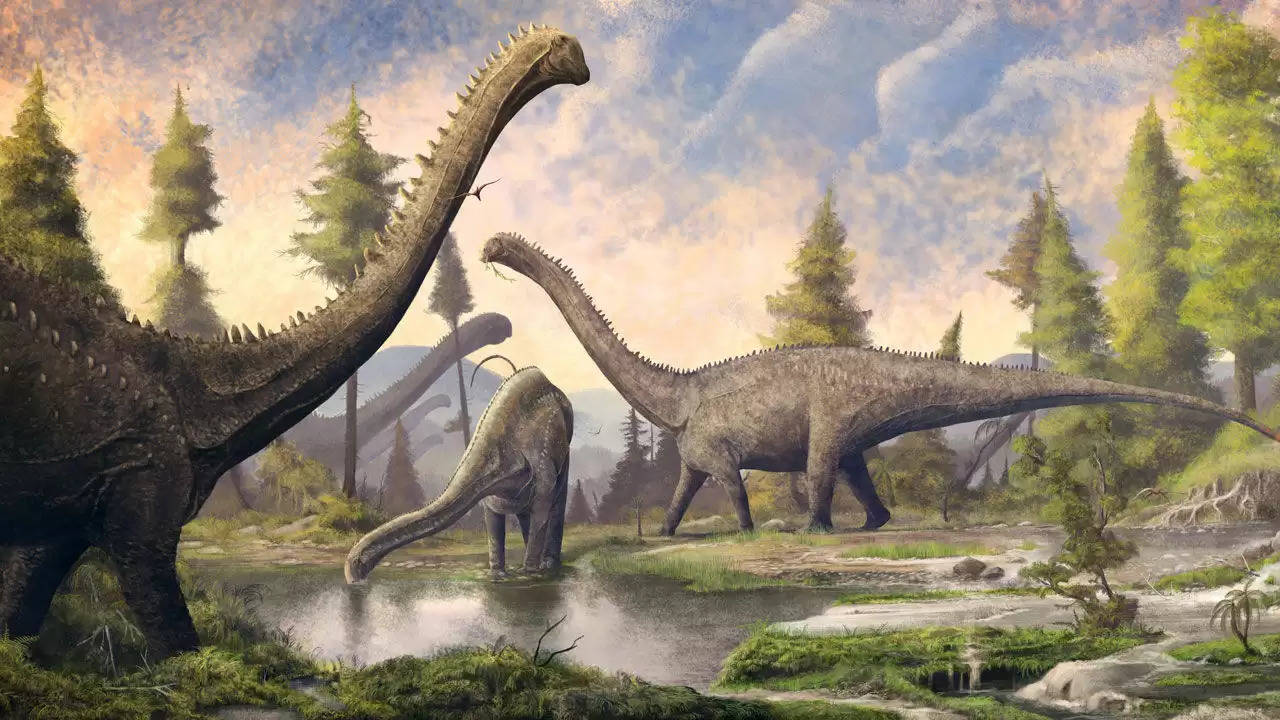 Meghalaya has become the 5th state in India and the only state in the Northeast to report Sauropods and the first record of Probable Titanosaurus bones discovered in the South West Khasi Hills of Meghalaya.

In a statement issued here, the Geological Survey of India stated that during a recent study by a team of officers from the Palaeontology Division, Vertebrate fossil bone fragments were discovered from the lower part of the Mahadek Formation of the Maastrichtian age from Mawphuli and Dirang villages near Ranikor in the South West Khasi Hills District, Meghalaya.

It happens to be the first record of sauropods of probable Titanosaurian origin discovered in the South West Khasi Hills of Meghalaya, the GSI said.

In this case, Meghalaya becomes the 5th state in India after Gujarat, Madhya Pradesh, Maharashtra, and Tamil Nadu, and the only state in the Northeast to report Sauropod bones having titanosaurian affinity.

Titanosaurian sauropod dinosaurs were the most diverse and abundant large-bodied terrestrial herbivores in the Southern Hemisphere landmasses during the Cretaceous Period but they were not endemic to the Gondwanan landmasses.

The bone fragments were collected from poorly sorted, purplish to greenish very coarse-grained arkosic sandstone interlaid with pebbly beds of the Mahadek Formation.

The detailed studies show that the lower part of Mahadek sediments was deposited in a fluvial environment, whereas the upper part shows a shallow marine depositional environment with the fluvio-marine (transitional) middle part.

Hence, the Mahadek formation was deposited in a continuously changing depositional environment from fluvial to fluvio-marine to shallow marine conditions.

More than twenty-five disarticulated, mostly fragmentary bone specimens were recovered, they are of different sizes and occur as isolated specimens but some of them were found close to each other.

Only three of the best-preserved ones could be studied. The largest one is a partially preserved limb bone of 55cm long. It is comparable with the average humerus length of titanosaurids.

Another incomplete limb bone measuring 45cm in length is also comparable with the limb bones of titanosauriform clade. The other fragmentary specimens though partially preserved might probably be parts of the limb bones of a sauropod dinosaur.

In India, the late Cretaceous sauropod dinosaur generally belongs to the titanosaurian clade and has been reported from the Lameta Formation of Gujarat, Madhya Pradesh and Maharashtra and Kallamedu Formation of Tamil Nadu.

According to Senior Geologist Arindam Roy, “Dinosaur bones from Meghalaya were reported by GSI in 2002 but they were too fragmentary and ill-preserved to understand its taxonomic identification. The abundance of bones recovered during the present work and especially the finding of few limb bones and vertebrae having taxonomic characters of titanosauriform clade is unique. The record of the sauropod assemblage of probable titanosaurian affinity from Meghalaya extends the distribution and diversity of vertebrates in the Late Cretaceous of India.”

ALSO READ: Meghalaya, a treasure trove for geologists across the globe