To cater to local demands, the department will come up with schemes so that the local available breed of cattle is hydridised with exotic semen from this breed. 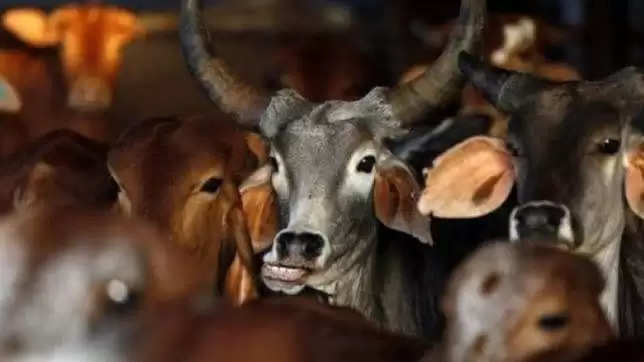 Principal Secretary of Animal Husbandry and Veterinary department GHP Raju said the department is banking on the Border Security Force (BSF) and the local police to prevent cow smuggling.

Speaking to reporters, Raju said, “We don’t know the source of smuggling and smuggling may have started from West Bengal or other states and not necessarily from Assam as Assam may be the transit point.”

As for the Cow Protection Bill introduced in the Assam Assembly recently, Raju said that there will be no inconvenience to legitimate traders of Meghalaya for bringing cattle from outside.

He said that in view of the huge demand for meat in the state, the has introduced certain initiatives to enhance the meat production such as introducing an exotic breed from Andhra Pradesh, Ongole Bull–a local breed which has enormous body mass and it gains a weight of nearly 500 kgs and it is best suited for Meghalaya’s weather.

To cater to local demands, the department will come up with schemes so that the local available breed of cattle is hydridised with exotic semen from this breed.

He said that the department is introducing the semen of the Ongole bull through artificial insemination of the local cows.

Raju informed that they have already started on pilot a project in which the department will be extensively involved in the artificial insemination which is sponsored by the government of India under the Rashtriya Gokul Mission to enhance the milk production capacity of the local cows, as of now the local cows on an average give 2 litres of milk max per day. If there is cross-breeding, the milk production will increase to 5 liter.

He also informed that the Ongole bulls will arrive in the state in another 15-20 days following which there will be a demonstration.

Speaking about the 209 crores piggery mission, he said that the total pork consumption in the state is roughly around 15,000 MT per annum, whereas the pork production locally is around 7000 MT and the deficit is met by import from Assam.

He said that the introduction of the piglets will be over a lakh piglets in the next 2-3 years and the department aims to increase local production 12,000 MT in 36 months.

Raju expressed hope to be self-sufficient in production of pork and milk by the end of mission time.