The headman of Pynthorumkhrah Golflink locality, Rocky Hek, has requested the state government to provide compensation to the family of the victims. 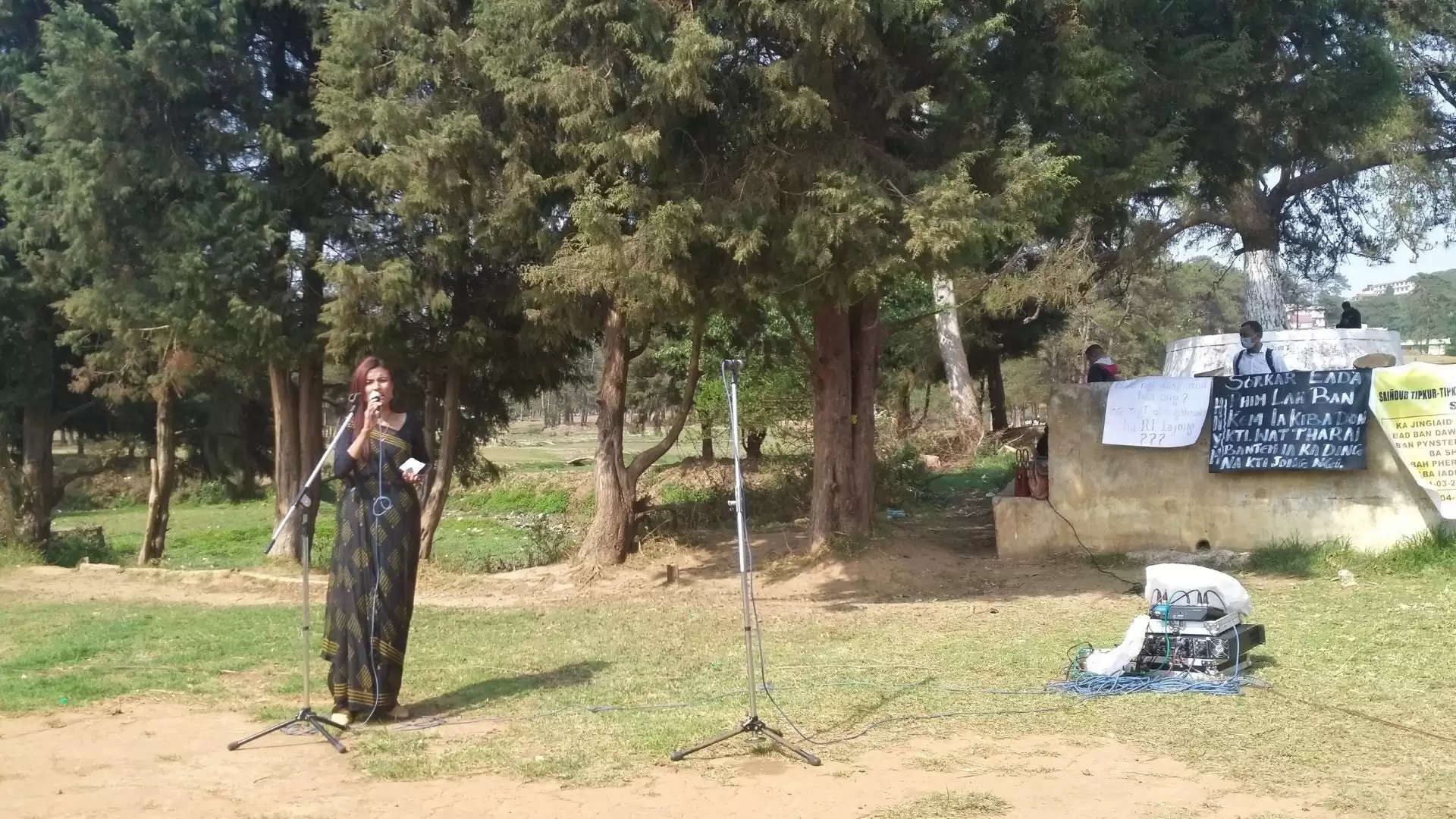 Saindur, Tipkur Tipkha, Ieng, Ehrngiew, Khun Hynniewtrep (STIEH), along with several other social organisations, held a rally at Golflinks in Shillong, Meghalaya, on Monday to protest against the March 21 Golflinks assault case that led to the death of one youth.

Speaking to TNT-The Northeast Today, the president of STIEH Deiwi Tongper raised suspicions over the police's delay in making arrests in the case.

“The police department is not doing anything and, no one has been arrested till now. We demand the arrest of the culprits immediately. We are not giving any communal colour to this case but, if we are not safe here, then where does our safety lie?” she said.

The police department had recently constituted a Special Investigation Team (SIT) to probe into the assault incident.

“We cannot wait for three months. We want them (SIT) to crack the case immediately,” Tongper said.

The headman of Pynthorumkhrah Golflink locality, Rocky Hek, has requested the state government to provide compensation to the family of the victims.

On concerns over Golflinks turning into a spot for anti-social elements to commit all kinds of inappropriate acts, Hek said the Seng Samla (youth body) and Seng Longkmie (women’s wing) are working hand in hand to eradicate all the anti-social elements.

He also requested the public to be responsible citizens and to maintain the Golf course and the field.

Assistant General Secretary of Hynniewtrep Achik National Movement (HANM) Raiwan Sohtun said that the members of the organisation would volunteer in and around Golflinks.

“We will come here to volunteer and, if we find drug addicts and other illegal activities, we will hand them over to the authorities and let the law take its course,” he said.

The organisation is also demanding the resignation of the Home Minister Lahkmen Rymbui, given the rising cases of crimes in the state.

“Crimes are on the rise. What is the Home Minister and the Chief Minister doing?” he questioned, adding that the government should protect the citizens of the state if it wants to promote tourism.