Yaba Tablets, meaning “crazy drug” in Thai, is a banned substance under the NDPS Act. 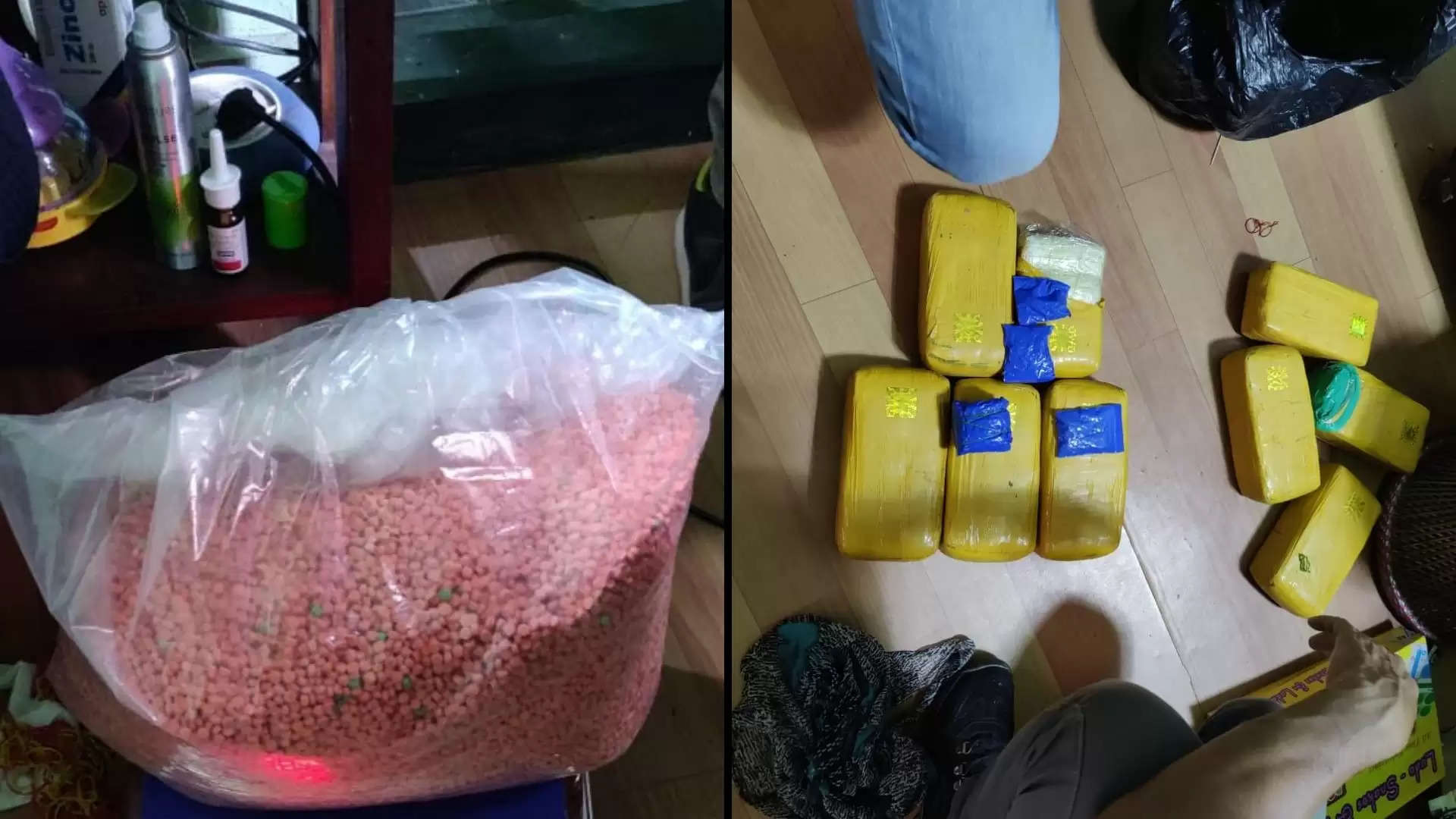 The Anti Narcotic Task Force (ANTF), East Khasi Hills, on Thursday seized 8.471 kg of Yaba tablets worth Rs 1.8 crore in the international market from Lapalang area of Shillong. The police have arrested three persons, including a woman, in connection with the seizure.

Acting on a tip-off, the ANTF along with police personnel from Rynjah Police Station conducted a search operation at the residence of one suspect and recovered the narcotic substances supposed to be smuggled to Bangladesh, said Sylvester Nongtnger, Superintendent of Police (SP), East Khasi Hills.

Following the haul, a case has been registered at Rynjah PS under the Narcotics Drugs and Psychotropic Substance (NDPS) Act, the SP stated over a release.

“It is ascertained that the Yaba tablets were trafficked from Myanmar to be smuggled across the border to Bangladesh. Further, on the lead of the accused two more suspects were arrested,” Nongtnger said.

Yaba Tablets, meaning “crazy drug” in Thai, is a banned substance under the NDPS Act.