The journey to recovery is not an easy one given the fact that rehabilitation centres are expensive and there is no government de-addiction centre that will help the poor. 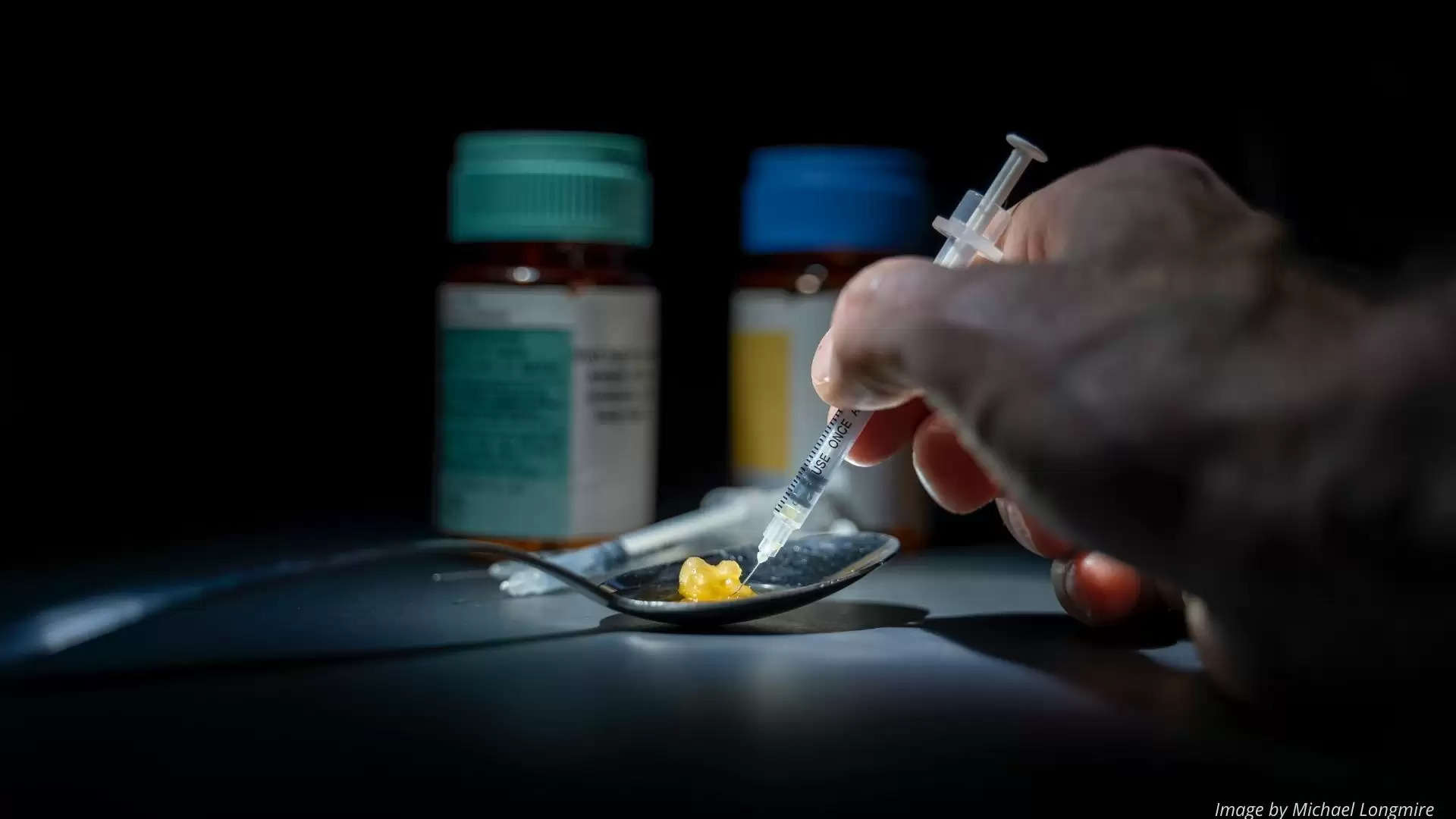 Meghalaya is battling the second wave of COVID but before the pandemic, an unseen enemy lurks around dark corners and alleys in the form of drugs and substance abuse trapping young minds in a web that sometimes they cannot escape and society is yet to come to terms with the menace.

Children as young as six years old are victims of drugs and an alarming rise of drug users have kept the police department on their toes, however, the apprehension that keeps popping up is – the drug cartel is not stopping.

The journey to recovery is not an easy one given the fact that rehabilitation centres are expensive and there is no government de-addiction centre that will help the poor.

On the occasion of International Day Against Drug Abuse and Illicit Trafficking observed under the theme - Share Drug Facts to Save Lives, The North East Today (TNT) spoke to individuals who have in one way or the other associated themselves with drugs.

Neil Jaitley Khongwir, president of Meghalaya Users Forum, a community-based organisation consisting of those who have recovered and those who are still using different substances spoke to The North East Today on the current trend of drug abuse, rehabilitation centres and the way forward.

Speaking about the drug which is getting popular he said, "Heroin use is still on the rise, it is getting more popular and accessible. Cannabis is widely used by youth and is considered more of a recreational drug."

He said that drug abuse among juveniles should be addressed as the number of youngsters who are turning to drugs below the age of 15 is alarming. Issues such as getting access to good health services and that they are safe should be addressed.

Meanwhile, a Psychiatrist and founder of Sanker, Dr Sandy Syiem said that statistics would not reflect the normal situation as statistics are usually underreported.

According to the National Mental Health survey in 2016, he said that roughly 25 per cent of people would be affected by substances. Syiem said, "But that does not mean all 25 per cent of them would be needing institutional help, a quarter of the population in the state would be taking drugs in some form or the other."

When asked about the most vulnerable district, speaking from a personal standpoint, Khongwir said that West Khasi Hills is a vulnerable district as there is no targeted intervention (TI) by the National AIDS Control Organization.

"There is an alarming rise among users and secondly, a lot of them are having difficulty accessing clean needle syringes which makes it difficult and dangerous in terms of blood-borne viruses, HIV, STI," he said.

As to the most vulnerable districts, he said that there is no real pin-point reason as to why a particular district has alarming cases of drug abuse but pointed that lack of job opportunity, high rate of school-drop-outs, no recreation activity could have been some of the basis for the alarming rise of drug abuse.

However, he said that despite the presence of other recreational activities like sports, gyms etc the rise of drug abuse is still very high in East Khasi Hills.

Khongwir said that free treatment facilities should be made available in every district by the state government so as to reduce the risk of increased cases in future.

He said, "We as a society, we need to take a pledge to reach out to those suffering from drug abuse and we must help them, I am not talking about monetary help, treatment facilities are available in Shillong also. We as civil societies and community-based organization need to put more pressure on the government to open such facilities which are free and available in every district."

"The major challenge during the pandemic is getting health services to people who use and abuse drugs in the field. There are certain areas containment zones that happen to be hot spots. These are areas which contain a huge population of people who use drugs," he said.

"Secondly, those who have been stable on Opioid Substitution Treatment (OST) given by the National AIDS Control Organization also faced difficulty as some of them went back to their village or migrated back home due to the lockdown, and are kept out of the OST and eventually relapsed which is dangerous as they do not get access to clean needle syringe."

"Many of these boys do not have proper documentation and it is difficult for them to have access to ration, other facilities, even the COVID vaccine," he said adding that the members of the forum are helping the boys to get access to the facilities.

Speaking about rehab centres, Khongwir said, "Rehabs are still lacking very badly in our state. I see Guwahati, Assam where the administration has put up a lot of effort from the administration. The problem in Shillong is that rehabs in Shillong are still the same which used to be there -Kripa, Hope Center, Sanker and a few private ones run by Church denominations."

However, he stressed that a government-run rehabilitation centre is a must, pointing out that those who are convicted under the NDPS act makes things worse and not better as well as such rehab centres will cater to the poor families who cannot get access to expensive rehab centres.

Speaking about substance abuse and alcoholism among women – a topic that hardly gets attention, Khongwir said that women drug users or alcoholics are one group of the population that is hidden because of stigma and discrimination.

"They don’t really come out to get access to activities or divulge their identity or things like that. It becomes difficult for women in our society to come out and say point-blank that 'I have a problem and I need such and such kind of help'. We have women who are members also but it needs to be worked on by all of society to address issues of alcoholism and substance abuse by women," he said.

Turning to the Nasha Mukt Bharat Abhiyan, Khongwir said that it is a new programme that has been launched targeting the age groups that have not reached the stage of drug abuse where sensitisation and awareness are done.

"I see that it is a brilliant idea but the central government needs to push for more centres across the state and all over India. The programme also has to be strengthened," he said.

Dr Syiem said that the government should look at the youth and strengthen them through adolescent education programmes, teach youth life skills, teach them to be able to overcome stress.

"What the government should do is strengthen the sports department, the Youth Department to provide avenues for young people," he said.

Referring to national figures, the founder of Sanker said that Meghalaya has the highest number of adolescent Intravenous Drug users which is more than Punjab.

"Because our young people mature a little earlier and get used to these substances even earlier. We have a boy who was 6 years old but he was a street boy. 12 years-13 years is the average age of people who come here," he said.

His message for the International Drug abuse and Illicit trafficking which has the theme he called upon the society to reduce the number of youngsters who are getting into drugs and offering treatment to those who are suffering from substance abuse.

He said, “We as a society and the government, we need to altogether join hands and discuss more drug treatment, about ways and means to quit drug and alcohol instead of just celebrating every year and it goes on and on and it makes no sense. It is time for us to act, we all have children, our future generation is at risk if we do not make an effort now, five years-ten years from now, it is going to show.”

He said that it is a business and it is a vicious circle. Nobody is free from this, he said.

Khan said that drug abuse is a complex phenomenon and research found that social reasons such as the disintegration of old joint families, decline of moral values, less parent-children time relationship, and value system have degraded.

He added that people get into trafficking as it is an easy and lucrative business and it is all interconnected; school dropout is also another reason.