Returnees have the potential to spread the virus, the CM said, adding that by following the advice, there will be a high chance of controlling the situation. 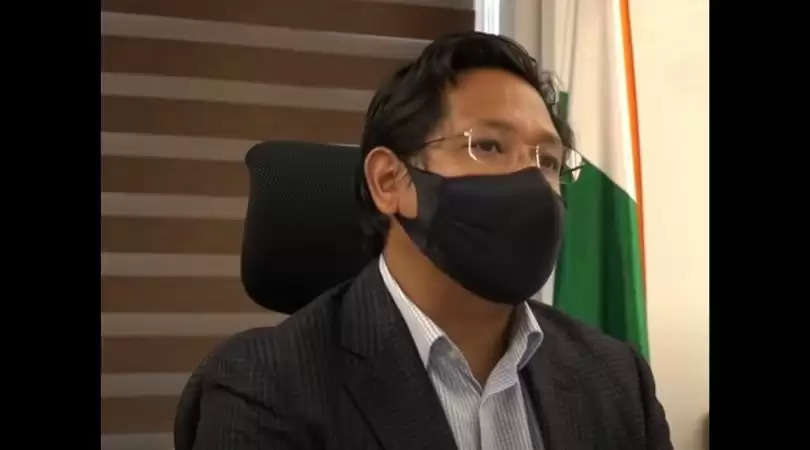 Meghalaya Chief Minister Conrad K Sangma, on Monday, said that close to 65 per cent of the returnees have tested positive for COVID-19 and advised every returnee to undergo seven days isolation, irrespective of whether they test negative or positive.

Addressing a press conference in Shillong, Sangma said, “We are seeing close to 65 per cent of returnees testing positive. That is a very large and alarming number. Therefore, to ensure that we can contain the spread of the virus through the returnees, apart from making the RT-PCR tests mandatory for them, we are also strongly (advising) them to isolate themselves for seven days, irrespective of whether they test positive or negative.”

Returnees have the potential to spread the virus, the CM said, adding that by following the advice, there will be a high chance of controlling the situation.

He said that the numbers are still high and, the state is seeing a trend where the positivity rate is one of the highest.

Reacting to a question, Sangma said that the returnees are citizens of the state who happen to work or study outside.

“It would not be fair not to allow them to come. We are urging them to be careful while returning home”, he said.

As for the hiccups faced at the entry points, he said that there may be small loose ends adding there are “irresponsible people” who do want to follow the system.

The CM also said that centres are being monitored live to track the movement of people in real-time and to ensure that people do not escape unnoticed.

Stating that the government is trying hard to avoid lockdown, he said that different kind of containment strategies have been adopted but to contain the situation, the government is putting restrictions at least in the Shillong city area.

In a message to the citizens of the state, especially Shillong, the chief minister said, “The situation is very serious and, if we do not take the right steps at this point, we could see the situation getting from bad to worse. It is essential to take responsibility at our level, to ensure that we don’t go out of our rooms unless it is necessary."

Terming the vaccination programme as a "silver lining", Sangma said that the state touched 14000-15000 vaccinations on Monday, which is the highest.

He appealed to citizens to get themselves vaccinated and said, “The best to protect yourselves is through vaccination."

As for resources to fight the situation, the CM said that the requirements of oxygen and beds are being reviewed continuously. He said that the bed capacity is also being increased to ensure that the government is prepared.

He said that the management had assured to give top priority to the state health department in the supply of oxygen.

He added that with the help from United Nations Development Programme (UNDP) and Union Government, the state government would put up six more oxygen production centres throughout the state and set them within a maximum period of four weeks.