Speaking at an all-party meeting here, he appealed to the citizens of the state “to remain calm and have confidence in the machinery of the state government.” He also added that vaccination is the need of the hour as advised by the government. 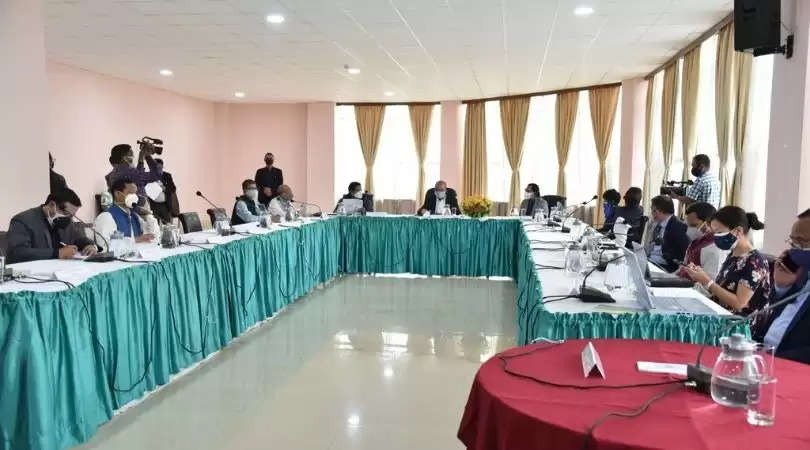 Speaker of the Meghalaya Legislative Assembly, Metbah Lyngdoh on Wednesday said that a collective responsibility on the part of the legislators was required at the moment to tackle the COVID crisis in the state.

Speaking at an all-party meeting here, he appealed to the citizens of the state “to remain calm and have confidence in the machinery of the state government." He also added that vaccination is the need of the hour as advised by the government.

He said that the government has given its presentation on the current COVID situation and how it is being managed. He also expressed gratitude at the exchange of opinions by different stakeholders.

Lyngdoh stated that there were suggestions and feedbacks from the legislators and the government has taken note of strengthening the areas which require immediate intervention.

Lyngdoh has also appealed to the traditional heads, NGOs, and religious groups to cooperate with the government in managing the COVID situation.

Speaking on parallel lines, Chief Minister Conrad Sangma stated that the citizens should not let their guard down, it is a challenge and the state government has to be prepared for any eventualities.

The CM added that there is a “need to ensure that the spread is contained.”

“We are moving on war footing on this even now,” he said.

He said that the virus behaves unpredictably and people will have to be careful at home also.

Replying to queries on vaccines, Conrad said that the state has more than one lakh doses and the supply will last for 9-10 days.

He further added that there has been a change in the protocol of the government of India for vaccination, wherein the duration between the first and second dose has been increased from 4-6 weeks to 12-16 weeks.

"If the people have not received the second dose it is because of the change in protocol and not due to non-availability of vaccines," he said.

Meanwhile, the leader of the Opposition and former Chief Minister Mukul Sangma maintained that the priority of the government must be on saving lives.

“From the perspective of saving lives, you need to minimise the number of cases. We have lost quite a substantial number of precious lives. It is painful," he said, and also extended the condolences to the bereaved families.

Mukul further informed said that the mutation will continue because that is how the virus behaves, and it was important for the public to know about the virus and follow COVID appropriate behaviour at all times.

He also said that there should be a strong surveillance system in place and the government must make room to improve things.

“A stitch in time saves nine, this mantra is very crucial where we are fighting the pandemic. We are hopeful that the government has taken cognizance of all the suggestion,” he concluded.