The clarification of the village Dorbar was issued after news of the ambulance circulated on different social media platforms. 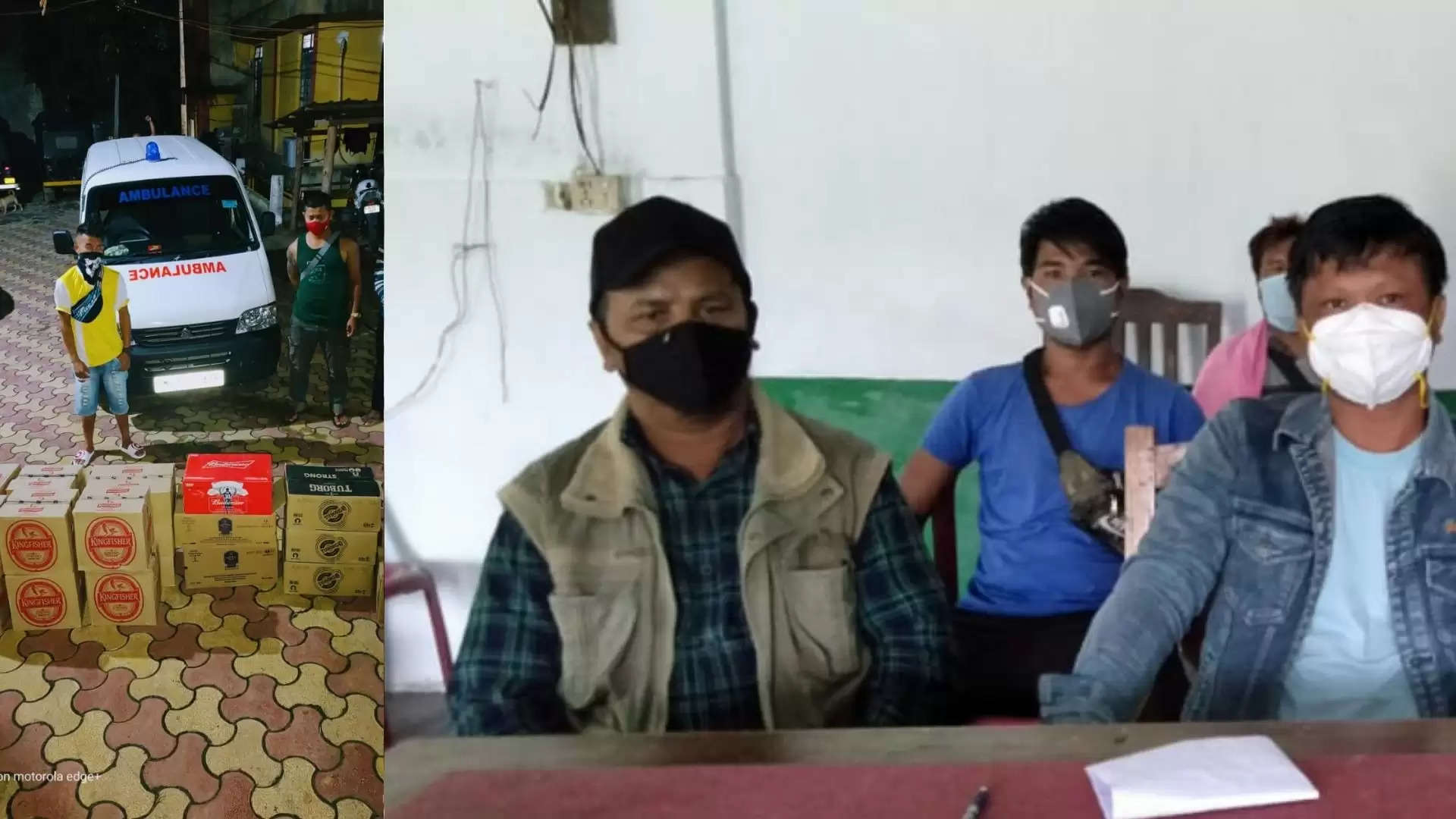 The Dorbar Shnong of Umran Niangbyrnai in Ri-Bhoi District on Monday has clarified that the ambulance which was seized with the illegal consignment of liquor at Byrnihat Police Outpost was misused by the driver.

The clarification of the village Dorbar was issued after news of the ambulance circulated on different social media platforms.

Speaking to mediapersons, Umran Niangbyrnai Rangbah Shnong, Stephan Kharbani said that, the village authority allowed Jefferson Nongbsap in ferrying patients to different hospitals in the state, but they were shocked to learn that he (Nongbsap) was involved in an illegal act that has also tarnished the prestige of the village.

He added, on May 29 Nongbsap requested the village authority to allow him to take the ambulance so that he could ferry his uncle for medical treatment to Shillong in which the authorities allowed him to do so but it came as a shocker when they saw on media platforms that the vehicle was seized by police personnel.

Kharbani added, it is a grave concern that the person whom the ambulance has been entrusted to, misused it and has tarnished the prestige of the village.

The village authorities have sent an apology to NEEPCO company since the ambulance was contributed by the said company.

ALSO READ: Meghalaya: 3 arrested after boxes of liquor found in ambulance in Byrnihat