Meghalaya: 3 arrested after boxes of liquor found in ambulance in Byrnihat 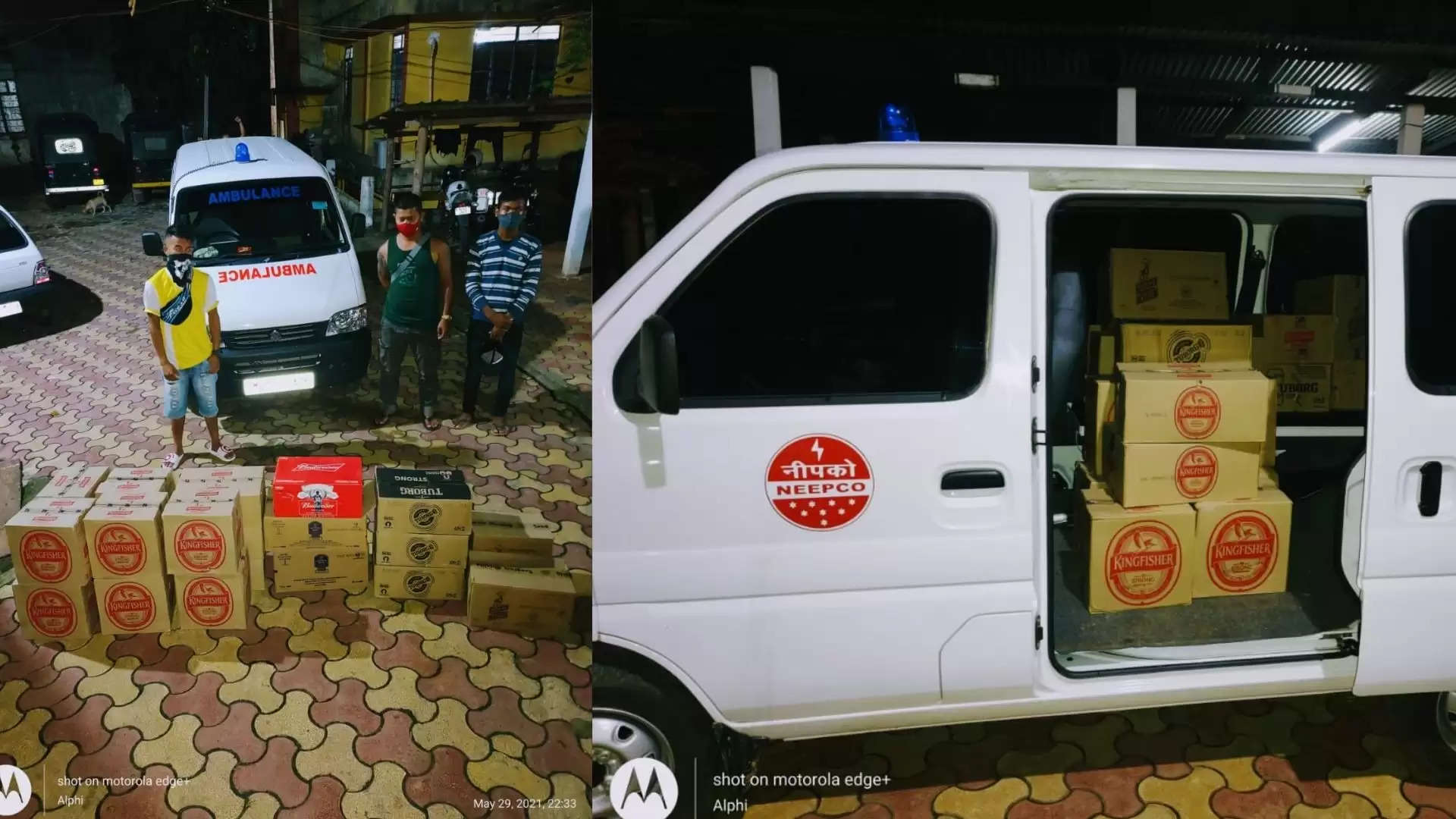 The Ri-Bhoi police on Saturday intercepted an ambulance which was ferrying liquor for supply in Byrnihat.

Based on a tip-off received, the police team laid a trap and detained an ambulance with registration number ML 10 C–3475 with an illegal consignment of liquor inside the ambulance from Byrnihat.