The announcement was made by the commissioner and secretary of the department, FR Kharkongor during an event commemorating the 81st death anniversary of the celebrated Khasi poet 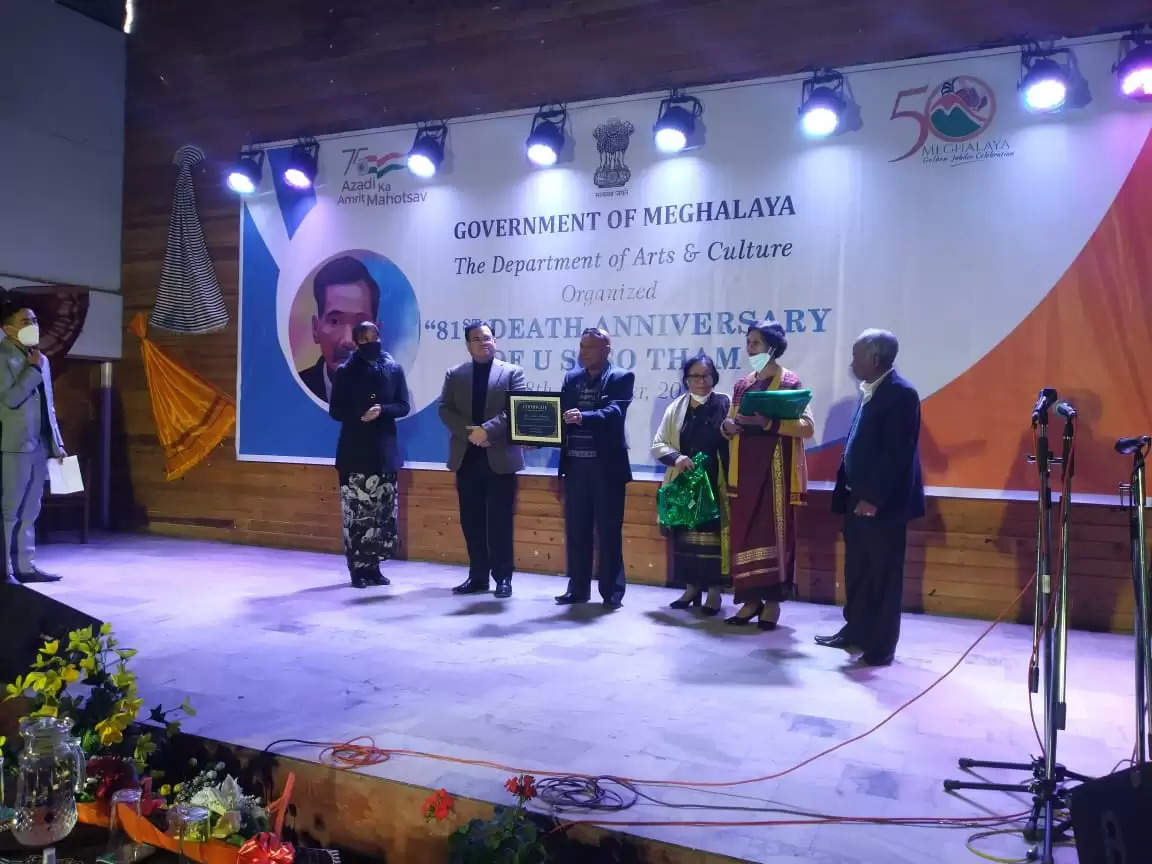 The Meghalaya Arts and Culture department is likely to come up with a literary award in honour of revered Khasi poet, U Soso Tham.

The announcement was made by the commissioner and secretary of the department, FR Kharkongor during an event commemorating the 81st death anniversary of the celebrated Khasi poet at KJP Assembly Conference Hall, Shillong, on December 18.

Kharkongor also added that efforts are afoot to digitise the literary works of the famous poet such Ka Duitara Kshiar or “The Golden Harp”, to make them accessible to the readers.

The event was attended by a host of dignitaries that included poets, academicians, politicians and admirers of art and culture.

Addressing the gathering, Arts and Culture minister, Sanbor Shullai, who attended the do as the chief guest, said that the life and works of Tham would inspire the young generation to “follow his footsteps”.

Guest speaker at the do, noted journalist Sumar Sing Sawian, said that the time is ripe to constitute an award to honour the eminent poet. “We already have awards named after Kiang Nangbah, Tirot Sing and Pa Togan Sangma. The time is right to have an award named after our poet, U Soso Tham.”

Elaborating on Tham’s inspirations and his unflinching bond with nature, Sawain said, “Mother nature is a recurring motif in his poems. She was his teacher and a constant source of support and inspirations; she took care of him like her son.”

Urging the younger generation to tread in Tham’s footsteps, Sawain singled out procrastination as one of the biggest obstacles in one’s creativity. “The words - ‘we will’, only seek to weaken us. Young people should take him as an inspiration not only for academic purposes but to come up with deep rooted ideas that will uplift the Hynniewtrep society,” he said.

Born in 1873 in a poor family, Soso Tham was the only son in a family of six. Owing to poverty, he had to discontinue academics in the eighth standard but went on to excel in his teaching career and later, as a poet. Celebrated and revered for his beautiful poems, his works have become part of academic curriculum in the state, and are also being translated into English.