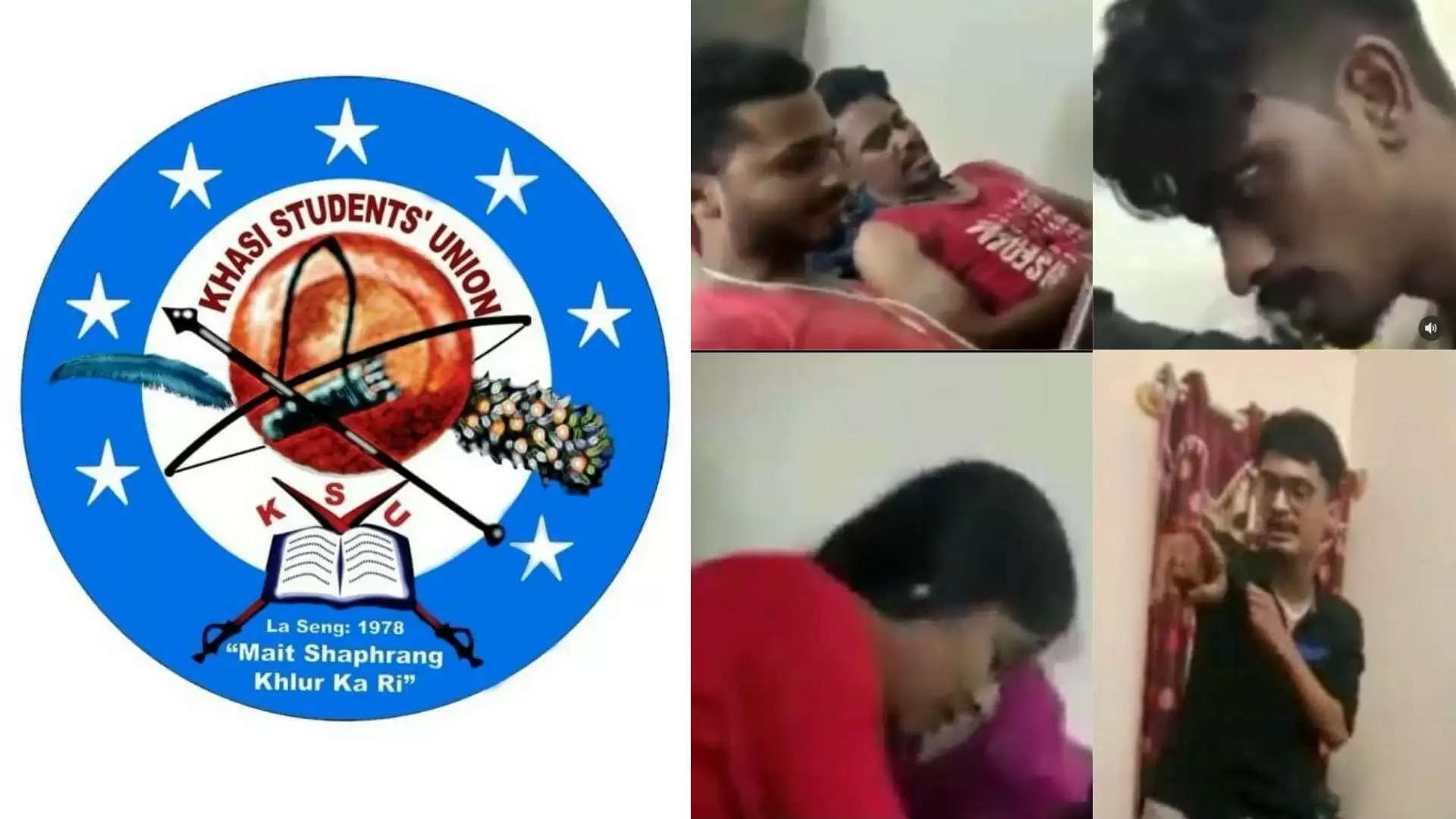 A horrifying video clip of an unidentified girl being sexually abused and tortured by four men and a woman is making the rounds on the internet.

"We hereby condemn the inhuman and atrocious act committed by them and demand that the culprits are to be caught and booked under relevant sections of the Indian Penal Code," the KSU New Delhi unit said in a letter to Shah.

There are claims that the victim hails from Northeast India, though the same is yet to be ascertained.

The student body has further urged the Union Home Minister to set up a special fast-track investigation team to probe into this matter for further swift action.

A copy of the letter was also forwarded to the Chairperson of the National Commission for Women and the chief ministers of all the eight northeastern states.

Earlier, Union Minister of Sports and Youth Affairs Kiren Rijiju confirmed that the viral video is not related to the Naga girl suicide case at Jodhpur.
at Jodhpur.

"The viral video of a girl from North-East being brutally raped and tortured by 4 men & 1 woman is not related to Jodhpur suicide case. I had a detailed discussion with the Police Commissioner of Jodhpur. However, there must be all-out efforts by all State Police to catch the devils," he tweeted on Wednesday.

He tweeted, "Disgusted at the video footage I have received about a girl allegedly from Nagaland being molested (It has been confirmed it is not in Jodhpur by @KirenRijiju). I can't stop thinking about what is happening in our country. Feel sick in my gut after seeing what they did to the girl."

Assam police have promised a reward on Thursday, May 27, for anyone who could provide information about the culprits in a video, where a woman and four men were seen sexually abusing a girl.

Although the Assam Police said in a tweet that “the time or place of this incident is not clear”, they, however, maintained that the department will take steps to proactively look for the culprits and try to locate if the incident took place in Assam.

Special Commissioner of Delhi Police Robin Hibu also said that the police are trying to identify the culprits and added that task forces are working on the same.

Meanwhile, the Kaur Movement Foundation, an organisation that works with survivors of sexual and domestic abuse, announced a reward of two lakh rupees for information on the culprits in the video.