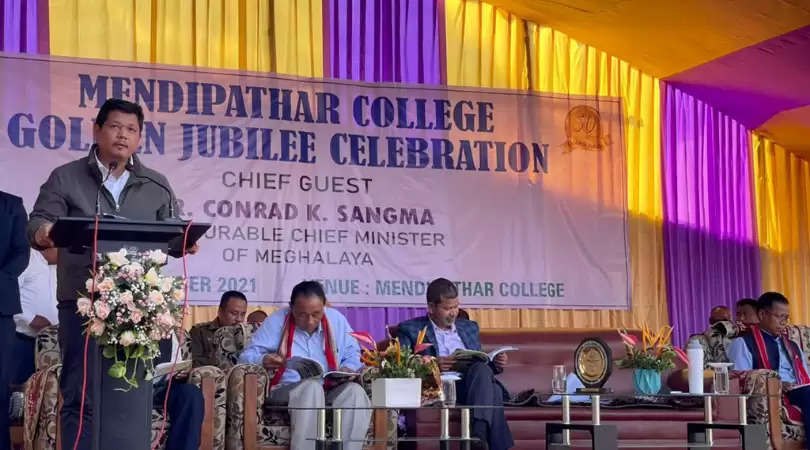 Chief Minister Conrad K. Sangma on November 17 said that this year alone the government has sanctioned Rs 100 crore for improving the overall infrastructure in about 200 government LP Schools, which were lying in dilapidated condition.

Chief Minister Sangma informed that while attending the Golden Jubilee celebration of Mendipathar College in North Garo Hills. Mendipathar is the oldest college in the district. Apart from the Chief Minister, Education Minister Lahkmen Rymbui, Deputy Speaker Timothy D Shira, and MLAs Rupert Momin and Pongseng Marak, among others, also attended the event.

Apart from speaking on the issue of admission in higher classes and a steady increase in the number of students in the state, CM Sangma also spoke on the long-pending demand for the provincial station of Mendipathar College.

Education Minister Lahkmen Rymbui informed that the MDA government has taken concrete steps to regularise employment opportunities for the teachers. He also said that depending on the grades and categories, scholarships for students too have been increased under the government.