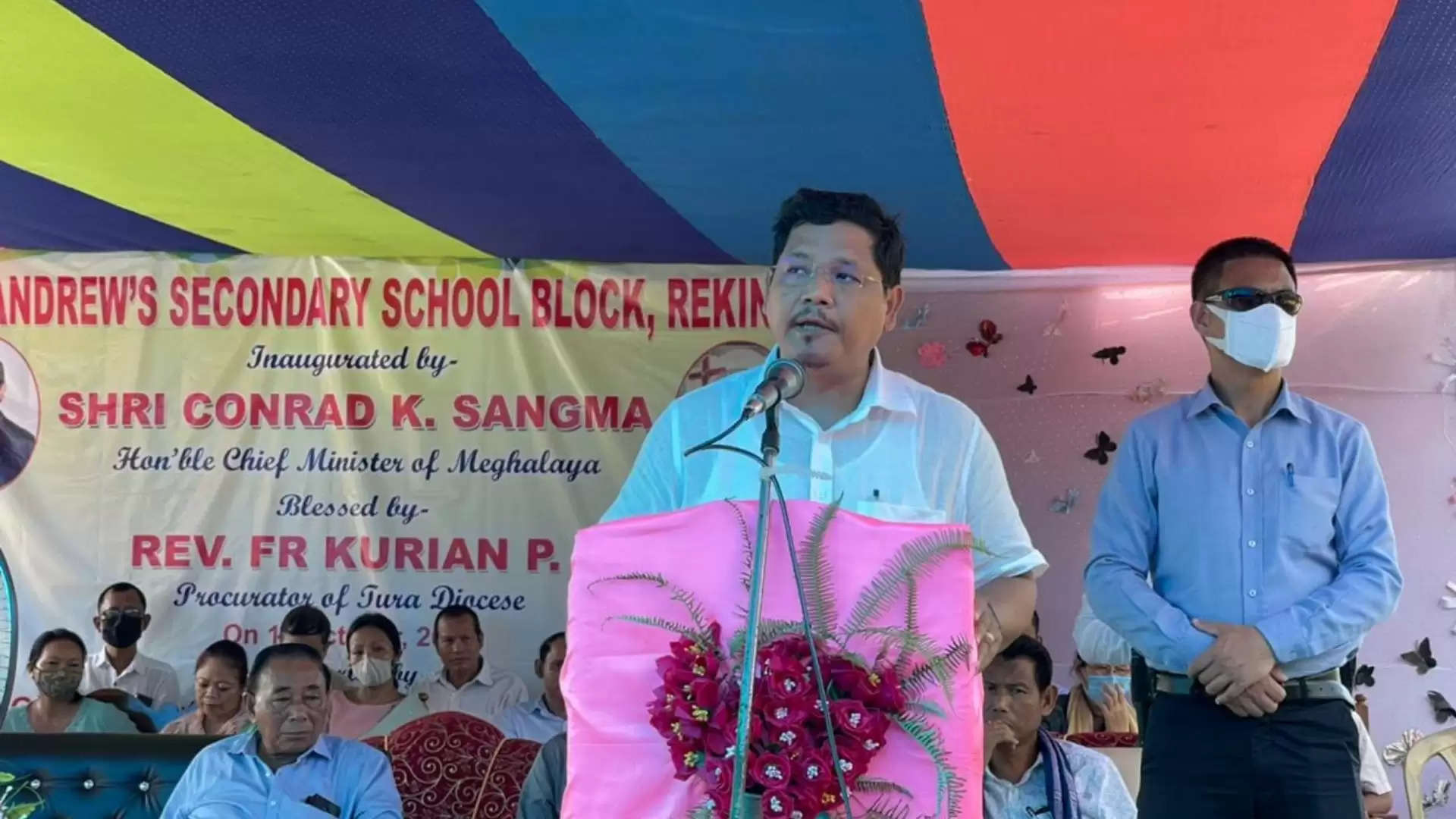 Inaugurating the new building of St Andrew’s Secondary School Block at Reking in North Garo Hills in the presence of Deputy Speaker Timothy D. Shira and Members of Legislative Assembly Rupert Momin and Pongseng Marak, Sangma informed that Prime Minister Narendra Modi has been invited by the state to witness the Statehood Day celebrations.

Further, the State Government has accorded priority to upgrade the education sector, for which massive investments are under the ropes. The state intends to create a better learning environment for elementary, secondary and college education.

He informed the gathering that the Meghalaya Democratic Alliance-led government has already sanctioned Rs 12 crore each to colleges in Williamnagar and Baghmara, which will be completed by next year.

Further, the Model College in Rongjeng in East Garo Hills is almost completed and will be inaugurated during the Statehood Day celebration next year.

However, Sangma did express concerns over the poor pass percentage in secondary and higher secondary levels, and promised that the government will work with stakeholders to ensure that education standards across the state are improved.