Exclusive - Despite requests and accidents, PWD Minister Prestone yet to take step on damaged wall along Sohiong by-pass

In September last year, a retaining wall along the bypass road collapsed following a landslide, giving way for the signs of shoddy construction for the first time. 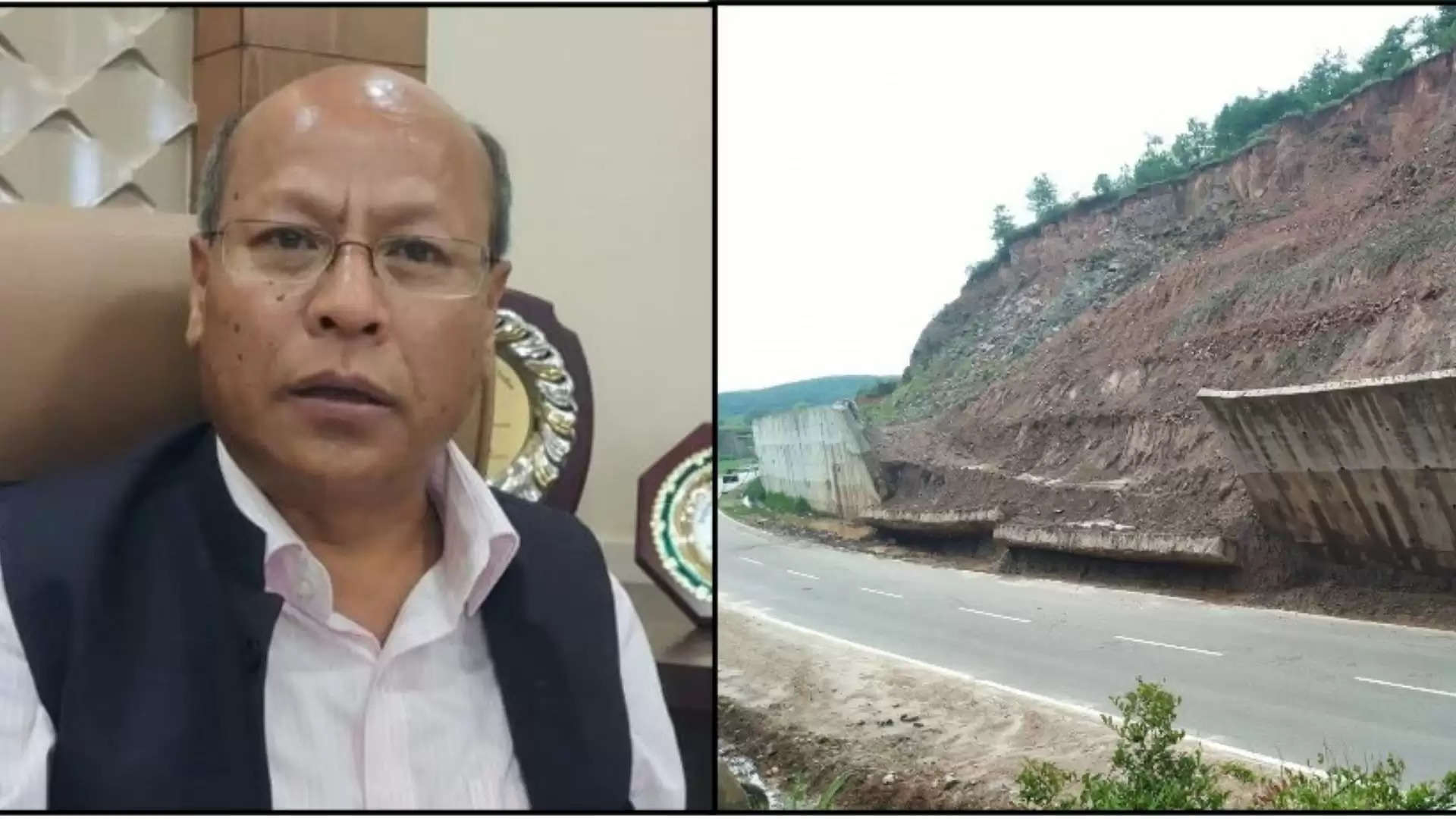 In the quaint village of Mawshuti, housing around 30 families, villagers lead their daily lives with the thoughts of a potential landslide, which could take place any day. Almost 100 metres away from the village, a hillock has been cut for construction along the Sohiong bypass, which has already seen a few landslide disasters after construction.

The Sohiong bypass road is a part of the 264-kilometre long Shillong-Nongstoin-Tura highway road project. The overall project has been undertaken by Hyderabad-based firm BSC-C & C at an estimated cost of Rs. 1,494 crore.

In September last year, a retaining wall along the bypass road collapsed following a landslide, giving way for the signs of shoddy construction for the first time.

However, no investigation nor any repair has taken place even after the Public Works Department (PWD) minister Prestone Tynsong was apprised of the incident.

Even the debris from the landslide remains intact, making the road narrower and tricky for vehicle movement. 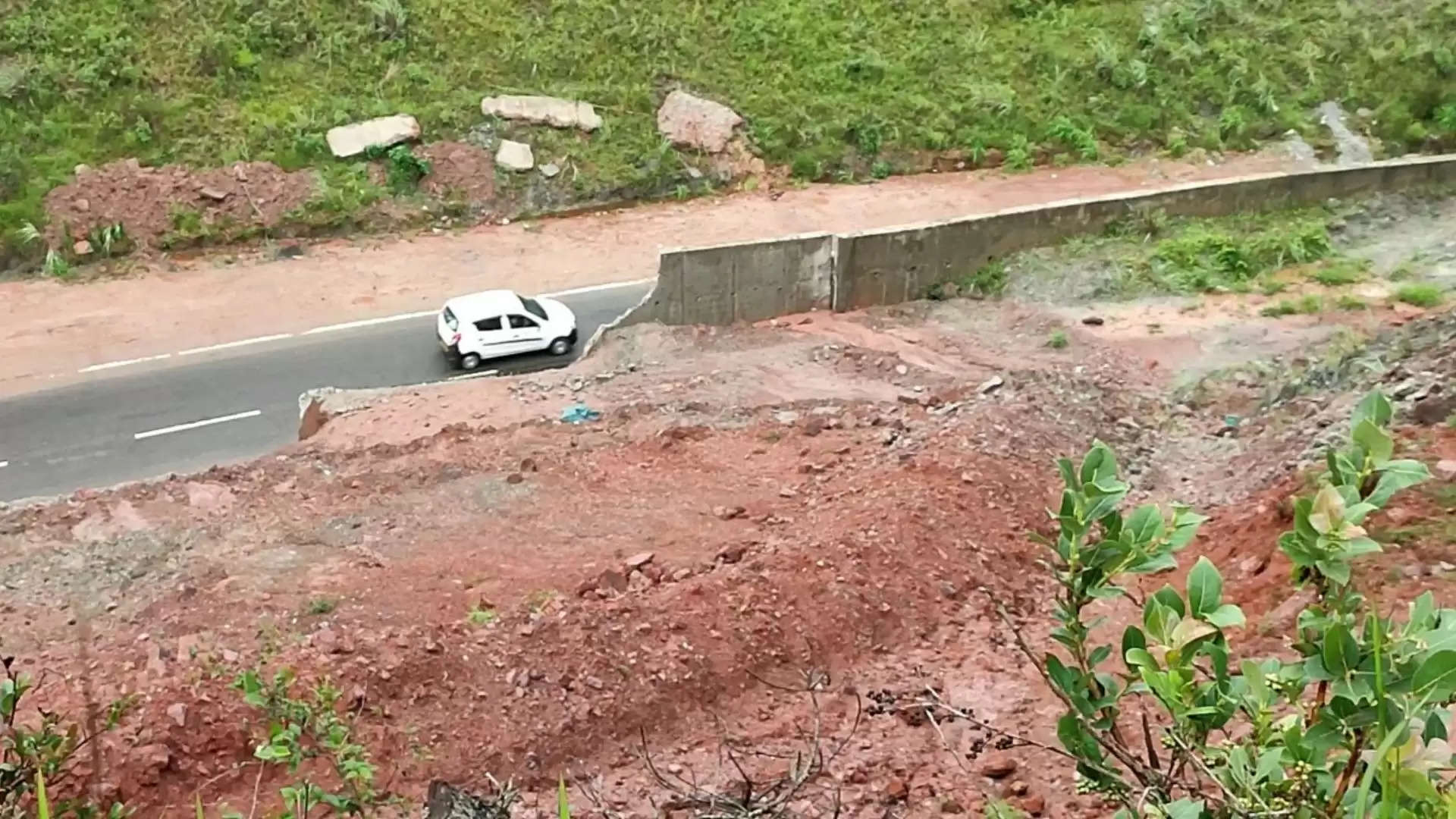 The Northeast Today (TNT) spoke to some of the residents of the area to understand the reason behind the construction becoming a potential hazard.

“The soil is mostly made up of moist clay and besides it was a paddy field earlier,” said Donald Thongjoh, a shopkeeper along the highway, standing alongside many fellow vendors who also added that many accidents have taken place after the collapse of the wall.

The shopkeepers further said that even before the collapse, they noticed the weak soil sliding down the slope of the hillock that was cut to pave way for the highway.

As TNT’s team spoke to the people standing by the road opposite the damaged retaining wall, the ground underneath the correspondent’s feet began sinking slightly due to its moist nature.

The danger that the moist soil posed was further elaborated upon by the residents who said that pockets of water were also getting collected alongside the hillock’s slope which was slowly washing away the soil – a recipe for another pending disaster especially with the onset of the rainy season. 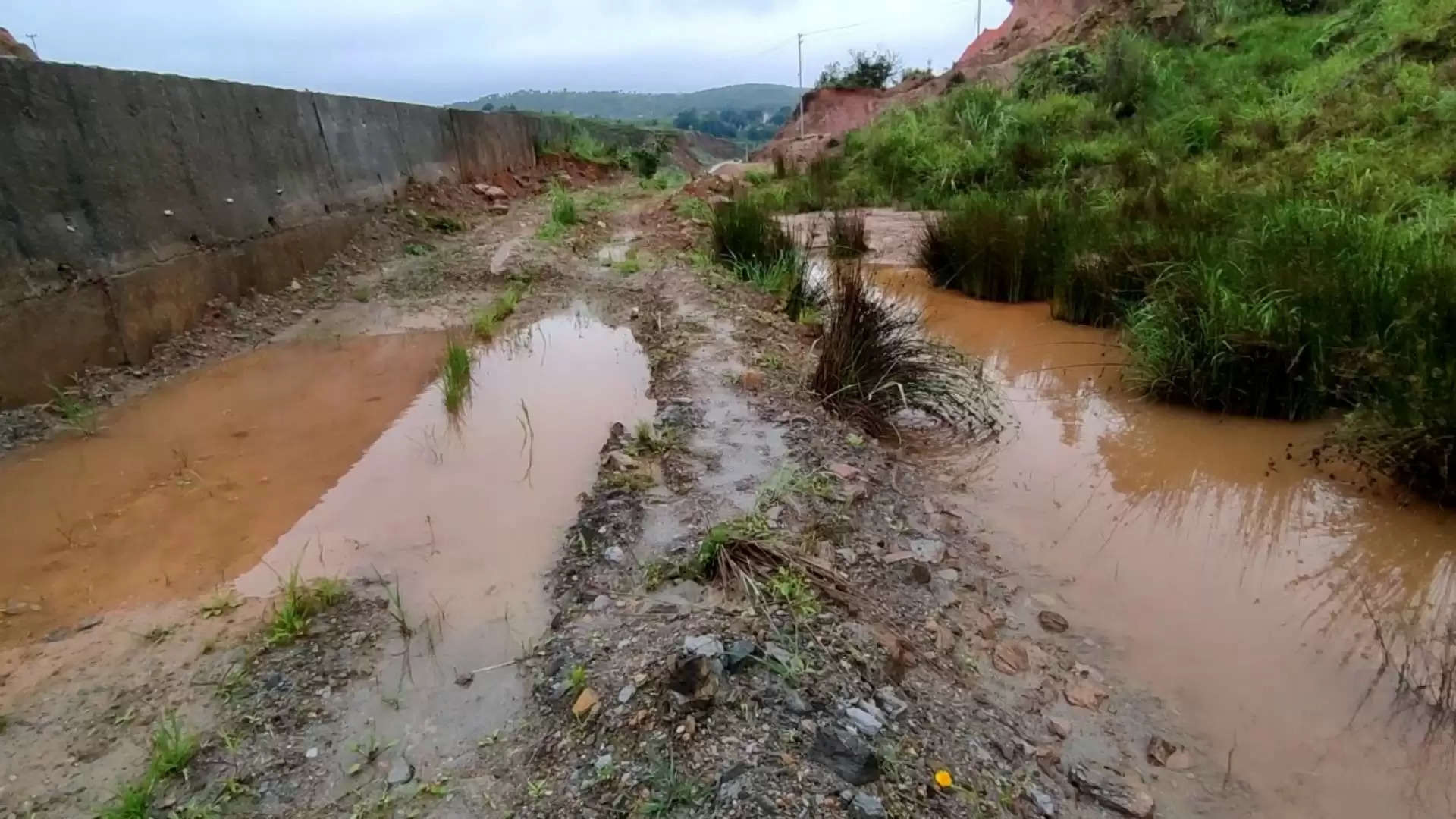 “The dangerous condition of the wall is bound to endanger the lives of people as it will trigger another landslide soon. The soil will slowly push the other walls and soon there will be no more land,” T. Thabah, a resident of the area, said.

“There are no trees holding the soil anymore. If there is another landslide, it will cause traffic issues and accidents as well. If the minister does not look into it seriously, more disasters are pending,” he added.

The shoddy construction was taken up last year by social activist Agnes Kharshiing, who had filed an FIR highlighting the ‘poor haphazard construction’ due to which the landslide had occurred last year.

Kharshiing had stated that the work involved corruption, misuse of public funds and cheating of people with poor construction, putting in danger the lives of people. She had questioned Prestone’s overlooking of the incident.

“I urge that an investigation be carried out to get the people behind all this, who supervised, who planned, who signed the measurement books etc. and book them as per law and book also in abetment of anyone trying to stop the investigation,” Kharshiing had stated in the FIR last year.

Local MLA from Sohiong, Samlin Malngiang recently said that he will raise the concern with PWD minister Prestone, hoping to seek restoration of the wall at the earliest. However, Prestone has not spoken on the issue so far. 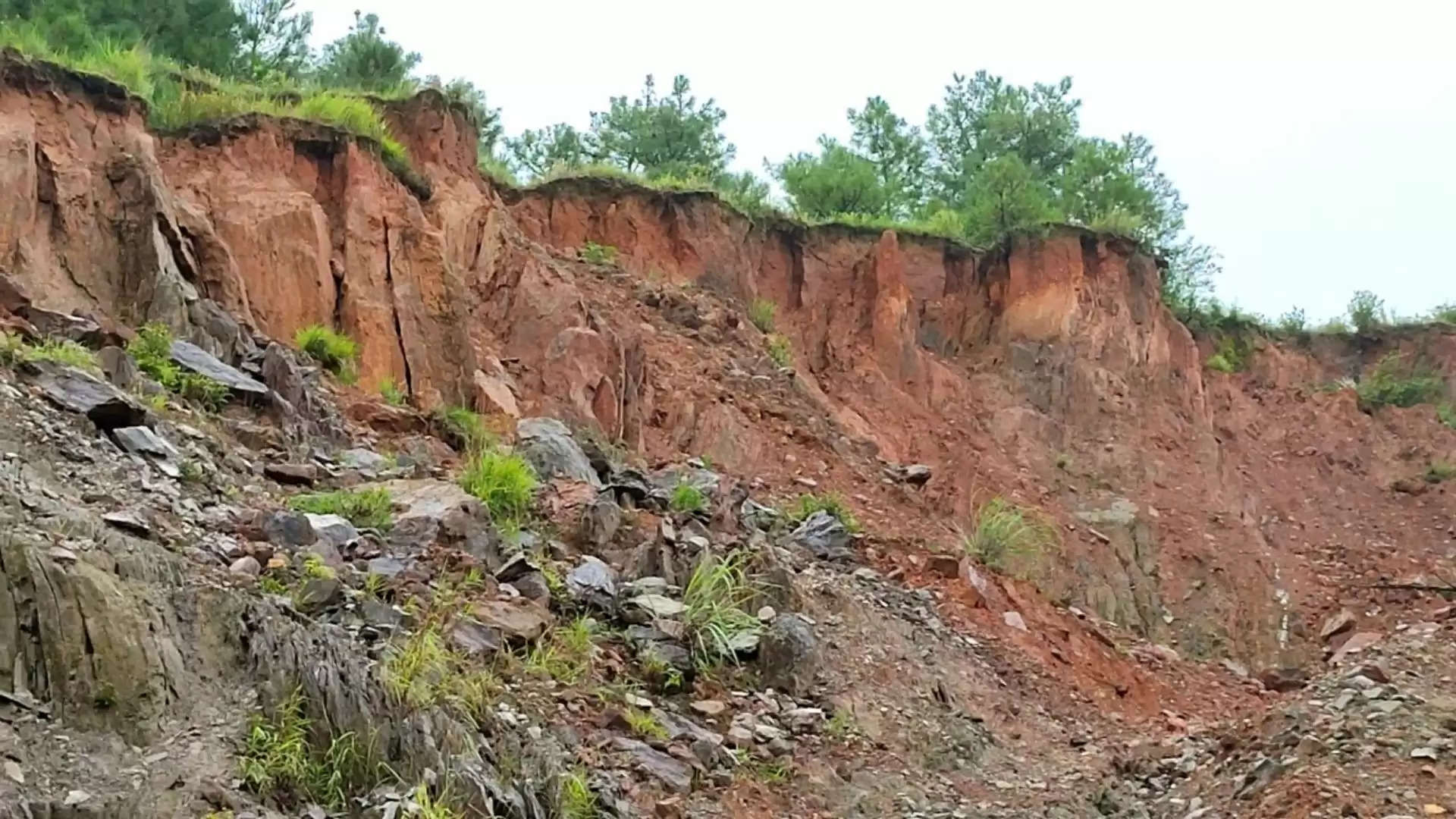 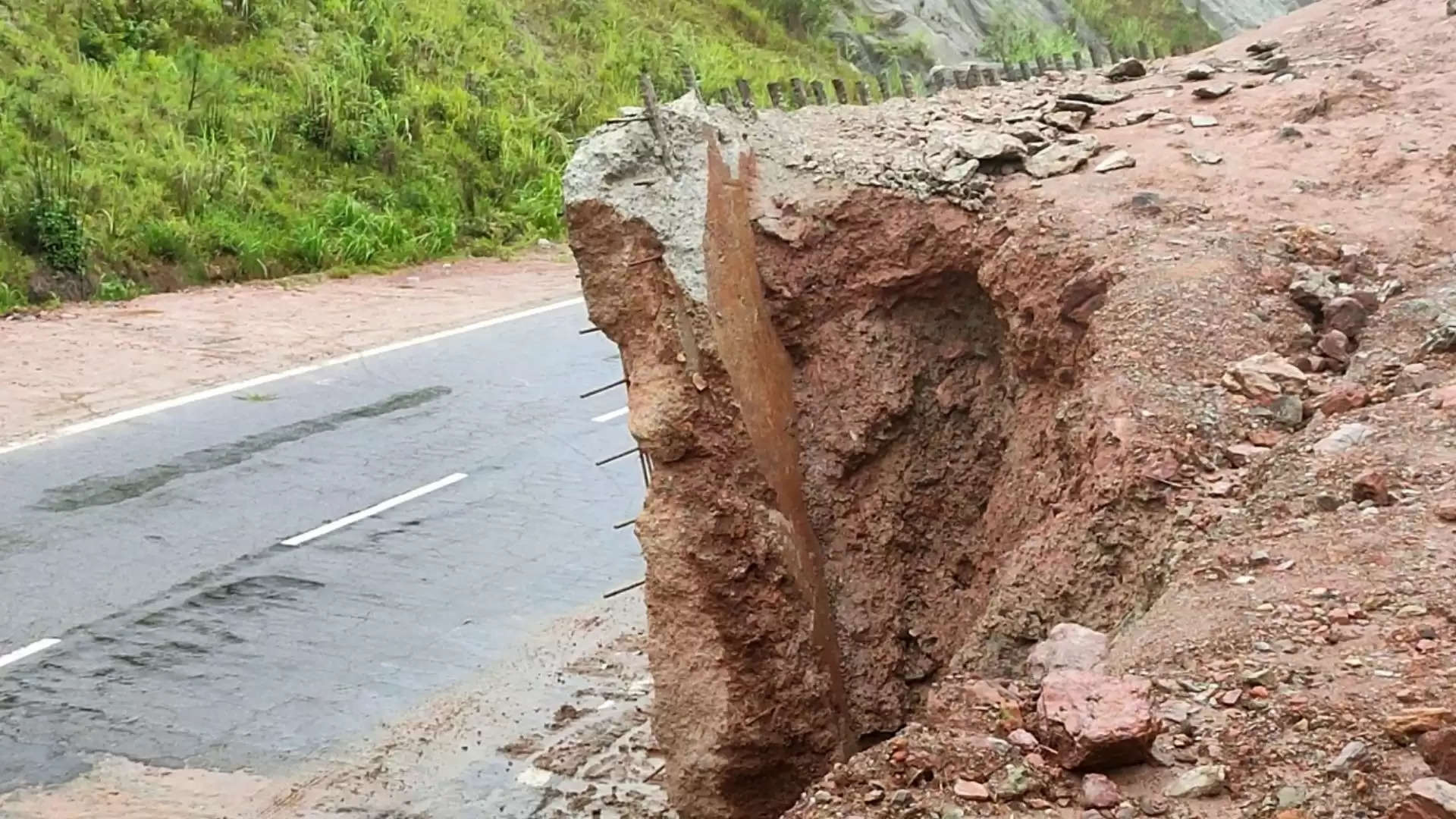 Currently, residents of the village are also facing challenges while farming and walking along the paths, which remain landslide-prone and have also been damaged previously due to the landslide.

Headman of the Umsaw-Dombhoia village, H. Kharkrang said that they have not heard from the government after raising urgent requests for repairing the landslide-struck wall and looking into the overall solution for preventing further landslides.

“If the government delays further, there will be another landslide for sure, especially in this rainy season,” he said.