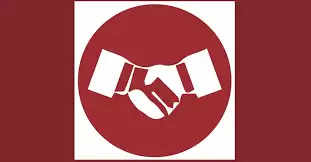 The executive committee of the Dorbar Shnong Jaiaw Pyllun has withdrawn itself from the present Peace Committee constituted by the state.

It was stated that in a letter written by the executive committee to the Deputy Commissioner, East Khasi Hills District, and the Member Secretary, Peace Committee, Shillong, Meghalaya, on Wednesday.

The dorbar shnong stated that the onus of bringing about peace and tranquillity lies with the government, even as the dorbar shnong has assured the necessary cooperation.

The executive committee has appealed to the state government to issue strict orders/instructions to the Meghalaya Police to restrain their personnel from entering any locality (shnong) without prior information/notice given to the rangbah shnong of the locality.

“On many occasions, police personnel when they forcibly enter a locality resort to highhanded action viz. destruction of personal property of the residents, brutally assaulting innocent bystanders and other unbecoming conduct. These kinds of actions should be stopped forthwith, for they create a deep fear psychosis in the mind of the people,” the committee stated.

The committee also mentioned that the long outstanding demand for the relocation of the Central Reserve Police Force camp located near the Mawlai bridge (the area where the camp is located falls under the jurisdiction of the Dorbar Shnong Jaiaw Laitdom) should be addressed at the earliest and that the camp is shifted and relocated away from civilian residential areas.

ALSO READ: Former CM Mukul Sangma calls for new dispensation in Meghalaya; says “There is government but there is no governance”