Former CM Mukul Sangma calls for new dispensation in Meghalaya; says “There is government but there is no governance”

Giving an analogy of a “reckless driver who is steering the wheel of the state”, Mukul questioned if the state is in safe hands under the present government. 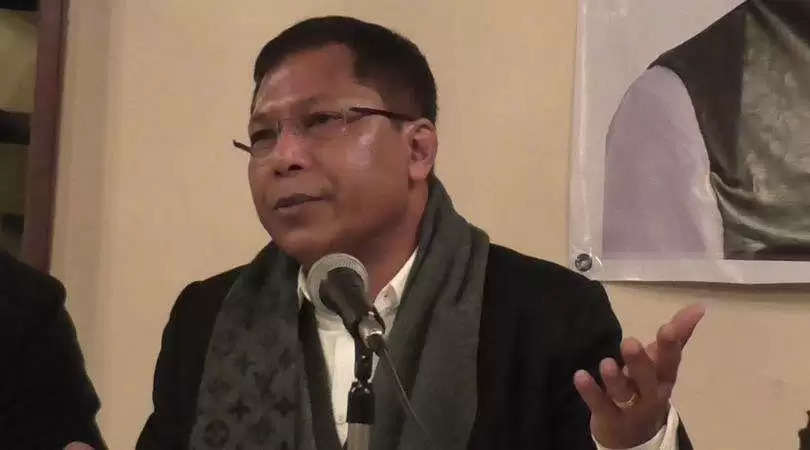 Criticising the government on the current law and order situation in the state, Congress Legislature Party (CLP) leader Mukul Sangma, on Wednesday, hinted at a new dispensation maintaining that the CLP will go about the matter transparently.

“On behalf of the people, who share the same concern that if we don’t act to ensure that there is a new dispensation vested with the responsibility of governance, there will be further deterioration of the system,” he said, adding that the Chief Minister should call for meetings of the state security commission.

Giving an analogy of a “reckless driver who is steering the wheel of the state”, he questioned if the state is in safe hands under the present government. “There is government but there is no governance,” he opined.

Sharing that he has already shared his concern with Meghalaya Democratic Alliance (MDA) partners, He said that the CLP will write to all the leaders of the political parties who are in the government to put their heads together to save the state.

The leader of the opposition argued that the negative ramification on the state’s youth are because of the lack of opportunities and asserted that peace and normalcy, which was restored during his government in the state, is slipping back.

Replying to a question if he will meet the Governor to dismiss the government, Mukul said, “Dismissing the government is not the ultimate solution”.

To a question on whether he has received feelers from the MDA coalition partners, the CLP leader said that the Congress will work at things transparently. “We want to do things transparently; no hide and seek. Is it not necessary for political parties to come together and discuss under the present circumstances? If they say it is not necessary, it is upto them. But we feel that we should reach out,” he concluded.