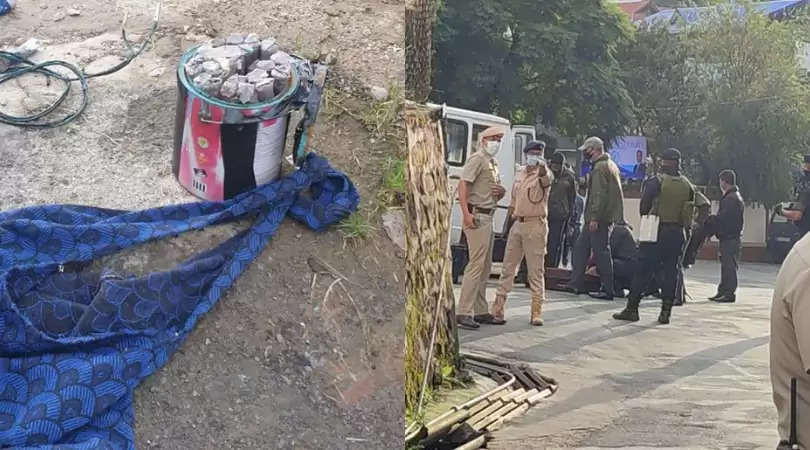 Just as Vice President M. Venkaiah Naidu expressed satisfaction at the waning of militancy in Meghalaya during his visit to Shillong on Monday, an improvised explosive device (IED) was found at the National People's Party (NPP) office in Lower Lachumiere.

Almost immediately, Sainkupar Nongtraw, the self-styled general secretary and spokesperson of the proscribed Hyniewtrep National Liberation Council (HNLC), through a post on his official Facebook account, claimed responsibility for the attempted bombing.

The HNLC also issued an official statement stating, “We have received information from reliable sources regarding the death of (L) Bah Che, that it was a complete political conspiracy by some ministers of the state of Meghalaya and where these ministers will hide themselves before the upcoming elections, we will hunt them, chase them and intimidate them, hence we will shoot and kill them without any mercy [sic].” The HNLC also threatened party workers of NPP demanding their immediate resignation and “should refrain from joining the party within a month, failing to do so, the Council will take strong measures against the higher-ups office bearers of the NPP in Khasi as well as in Jaintia hills,” the statement read.

After receiving information, the police, along with a complete bomb squad, rushed to the location and swiftly took things under control. Photographs of the scene show a blue and black bag slumped against a compound wall just by the entrance of the office. The photographs corroborate witnesses’ statements that wires streaming out of the bag were visible, forcing them to alert the police.

"A case under relevant provisions of law is being registered at Laitumkhrah Police Station against the members of the proscribed outfit HNLC who have made claims through social media about planting the explosive substances in front of NPP office," says a statement issued by the Assistant Inspector General of Police.

In a statement to The Northeast Today, Nicky Nongkhlaw, president of the National People’s Youth Front, said "We were not aware of anything" when the claim was made of a bomb threat. “Police were called in only when a search revealed the bag around 2.30 pm,” said Nongkhlaw.

Thereafter, police immediately cordoned off the area and barred all movement of people and vehicles within 100 meters around the NPP office for safety reasons. However, upon inspection, the 5-kg bomb did not denotate because of "faulty wiring", the police said, adding that it contained gelatin sticks stuffed in a paint container.

It should be noted that witnesses claim the unattended bag had been lying in the same spot all through the morning. However, at the time, there was no suspicion of harm given that the bomb was left in a common Khasi shopping bag that would not have attracted much attention.

Notably, the HNLC's action comes at a time when civil society groups have continued to exert pressure on the ruling Meghalaya Democratic Alliance (MDA) coalition to bring to justice the police officers responsible for the death of Cherish S Thangkhiew during a no-knock raid post-midnight on the 75th Indian Independence Day.

The 54-year-old Thangkhiew, who was partially disabled from ill health, had surrendered in 2018. However, police claim the founding general secretary had re-joined militancy and was involved in the Laitumkhrah bombing on August 10 and earlier Khliehriat bombing on July 14. Both bombings were claimed by the HNLC according to statements by Nongtraw.

The attempted bombing however hints at a massive security lapse on the part of the police and a severe intelligence failure at a time when the Vice President of the country is in the capital.