Lamdame now saves his meagre income working as a cook at a restaurant in Ïalong, a small tourism village in his district, and travels around the district to help the differently-abled by buying them food supplies and offering them financial assistance. 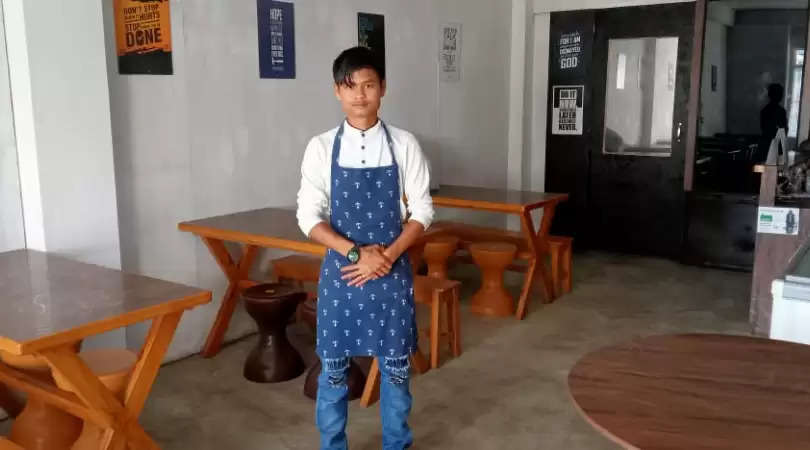 Lamdame Shangpliang, now an independent and ambitious teenager from Amlarem, West Jaiñtia Hills, was once a young child who had been orphaned too early. Forlorn, in Class III, he was forced to leave school to be taken care of by his much older siblings.

Aware of the burden he felt at a young age, Lamdame feels he is now obliged to reach out to the people around him who need the kind of support he once needed as a child.

Lamdame now saves his meagre income working as a cook at a restaurant in Ïalong, a small tourist village in his district. He uses this income to travel around the district to help the differently-abled by buying them food supplies and offering them financial assistance.

“I have seven brothers and sisters, and I’m the youngest in the family”, he says. “I’m doing this charitable work because I've been through (hardship) and now I want to help people as much as I can by the grace of God.”

Lamdame’s selfless endeavours began when he was only 15 years of age. At a time when most young boys spend their days playing video games or preparing for senior secondary school, he started working to earn sustenance. Today at 18, he earns ₹5000 every month and spends most of his earnings on those who he feels need it more than he does.

“Whenever I meet them, I talk to them about offering help,” he says of the underprivileged. “I then take their address and fix a date to go to their place with food supplies or money that I have saved.”

Sensitive to the plight of the poor in the state, he says, “I want to remove this mentality (against) being poor… of being physically challenged, and support them for a better future, and bring joy and happiness”.

At present, Lamdame resides at the restaurant and visits his elder siblings, who are both married, once a month at Amshipai, Amlarem.

“I've gone to Padu Masku village, and helped six families there and four more at Amlarem,” he adds.

Lamdame encourages others to be part of his nascent initiative to raise sponsorship for the least privileged residents of the state—those who have been left behind.

Though without any formal education, Lamdame involves himself in video projects every now and then, often working as a cameraman for local film producers in his neck of the woods.

He wishes to help more people in the future while also fulfilling his dream of becoming a director of music videos.