State BJP president Ernest Mawrie said that if the NPP needs support, they should approach him. 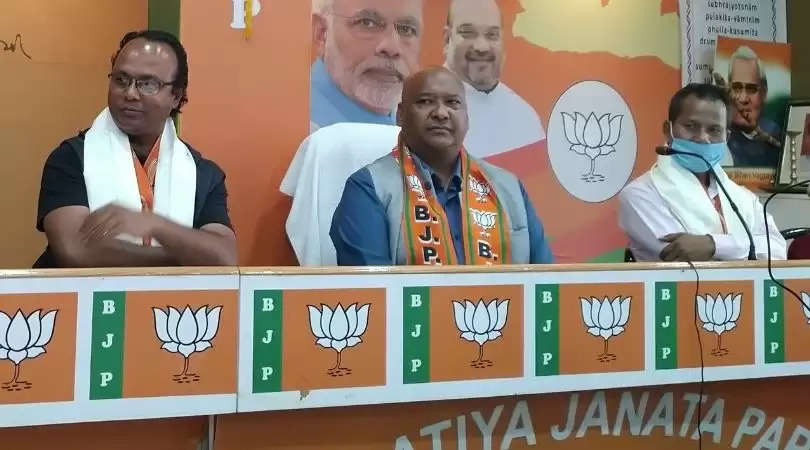 The newly elected Bharatiya Janata Party (BJP) MDC from Tura, Bernard Marak said that 15 is not the magic number to form the Executive Committee (EC) in the Garo Hills Autonomous District Council (GHADC) adding that the minimum number in the majority should be 17.

Referring to a verdict passed by the Meghalaya High Court, he said, “The National People’s Party (NPP) has claimed that they have the majority to form the EC with 15 members but 15 is not the magic number in the District Council because the Court (had) passed an order in the year 2000 in the Edmund Sangma and Winson Sangma that the minimum number in the majority should be 17”.

“The NPP leaders have misled the Governor, and that is why we will object because this is not fair and the Court’s order should not be violated,” he said.

Marak added they will submit the objection letter to the Governor on Monday.

We have made no decision to support the Conrad Sangma-led NPP, he said.

There are speculations that the BJP is supporting the NPP, he said while terming the reports as “false”.

State BJP president Ernest Mawrie said that if the NPP needs support, they should approach him.

Meanwhile, Marak said that the BJP, although with two MDCs, should be allowed to lead the GHADC while assuring to working against corruption.

“We will continue to fight against corruption. If we have to be in the EC, it has to be led by the BJP. We will not support the EC which is actually being led by some other party at this point. So, if we are going to be involved, it has to be the BJP-led EC. The CEM (Chief Executive Member) chair should go to BJP,” he said.

Delighted over the party’s win in the CM’s home turf, Tura, Marak said that BJP is gaining ground and there is an open support in Garo Hills with the majority being tribals and Christians.

“They (the NPP) fear the BJP and are scared of us. Because we can rectify the problem while they don’t want to,” he said.