Meghalaya-Assam Border dispute: Both CMs to visit Langpih on November 17

Chief Minister Conrad Sangma said that the joint inspection will be more of a confidence-building exercise by the two Chief Ministers. 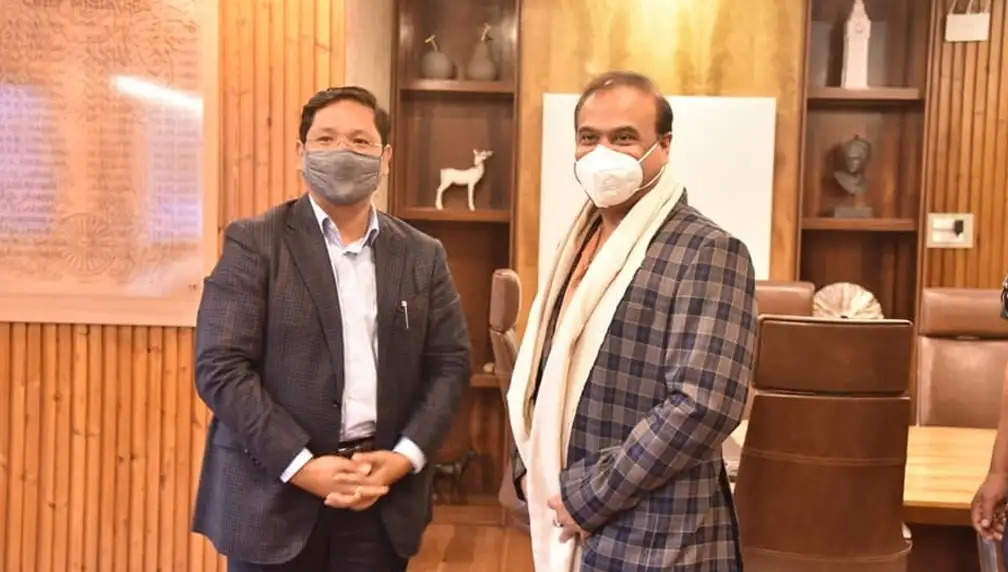 Talking to the press on November 10, Chief Minister Conrad Sangma said that the joint visit will be more of a confidence-building exercise by the two Chief Ministers.

“Most probably on the 17th of this month, the Assam Chief Minister Himanta Biswa Sarma and I will be making a joint visit to Langpih. We are finalising the trip by today evening,'' said Sangma.

Stating that both the Chief Ministers agreed to go beyond the status quo to resolve the inter-state border dispute, Sangma said, “The chief ministers of the two-state governments are together on this issue and we want to find a lasting solution.”

The Chief Minister further informed that the regional committees are also expected to submit their respective reports very soon.

“We will then see how to move forward based on the response we get from them (regional committees),” he added.

Langpih is one of the 12 areas of difference between the two states. It may be mentioned that the first joint inspection of the interstate border areas was conducted on October 5 this year.

ALSO READ: Only because we have additional MLAs, we won’t forget our allies, says CM Sangma, ruling out cabinet reshuffle