In Assam, the Ripun Bora-led state Congress could only bag 29 seats on its own, while two of its key allies of the ‘Mahajot’ alliance, All India United Democratic Front (AIUDF), and Bodoland People's Front (BPF), got 16 and four seats respectively. 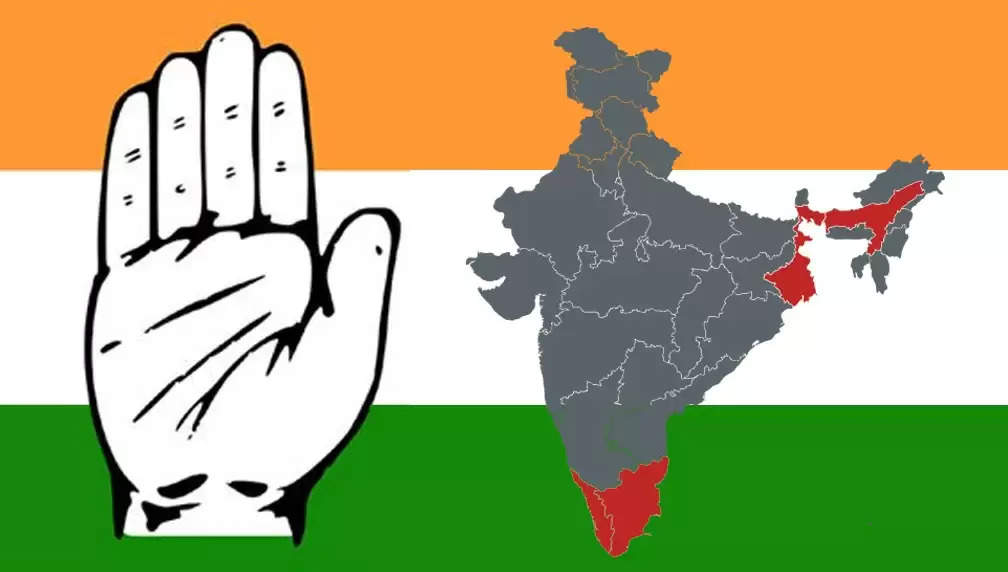 Election results across four states on Monday saw three incumbents retain power and one failing to save the government. Amidst stringent politicking, in what was also a disappointing season for BJP and its allies having lost in West Bengal, Kerala and Tamil Nadu, the Congress once again failed to make its mark even after massive consolidation efforts and grand alliances.

In Assam, the Ripun Bora-led state Congress could only bag 29 seats on its own, while two of its key allies of the ‘Mahajot’ alliance, All India United Democratic Front (AIUDF), and Bodoland People's Front (BPF), got 16 and four seats respectively.

Soon after the results, Bora, who is also the Assam Pradesh Congress Committee (APCC) president, tendered his resignation as the state party chief on Monday, taking responsibility for the party’s defeat in front of the ruling BJP-led National Democratic Alliance (NDA), which bagged a total of 73 seats against the Mahajot’s 52 seats.

To understand the broad political dynamics, for the Congress party, the state of Assam has always been a stronghold until 2016. Looking at the political history of the state, 11 out of 14 chief ministers of Assam have been from Congress.

However, even after the current millennium beginning with a one and half decade Congress rule, the party failed to capture the sentiments of the Assam electorate for the second time in a row despite extensive campaigning efforts by the Gandhi siblings, owing to a vacuum of leadership at different levels of the party.

The ‘beleaguered’ Congress is going through a tough time and the effort to revive the grand old party is not going to be easy, especially when the party is also struggling to identify strong state and central leaderships.

In fact, in 2020, 23 senior Congress leaders had written to party chief Sonia Gandhi asking for rampant changes throughout the party from top to bottom, following two dismal performances in the Lok Sabha elections.

Having said that, however, the party is still functioning as one of the key formulants of the opposition, perhaps against its aspirations.

Looking at Kerala, under the leadership of chief minister Pinarayi Vijayan, the Left Democratic Front (LDF) bettered its 2016 victory count by three to win 99 seats. However,  the Congress-led United Democratic Front (UDF) stayed restricted to 41 seats, a seat less as compared to 2016.

Despite that, Congress leaders stayed optimistic, citing that the party received a greater vote share overall despite losing seats.

“Interesting to note the mismatch between vote share and seats won in Kerala and Assam. But that’s the system we have,” senior Congress leader Shashi Tharoor tweeted on Monday.

Similarly, Manipur Congress leader Ningombam Bupenda Meitei said that the difference in the vote shares suggest that the people have confidence in UDF in Kerala and United Progressive Alliance (UPA) in Assam.

“There could be a strong possibility of (Congress) sending more number of MPs in Lok Sabha in 2024 than they did in 2019,” he observed.

Reacting to these statements, Meitei said, "Hadn’t Rahul and Priyanka visited Assam, the vote share would have been different."

“The percentage only proves that the presence of Rahul Gandhi and Priyanka Gandhi Vadra did help in fighting for the party in the alliance of UDF and UPA in Kerala and Assam respectively.”

When asked whether the leadership crisis within the Congress was the main reason behind the defeat of the party in many states, Meitei said the party is going to have an election, possibly in June this year to choose a new leader.

“Rahul and Priyanka are also working very hard. Though the results were not in our favour in these states, our vote share says otherwise,” he added.