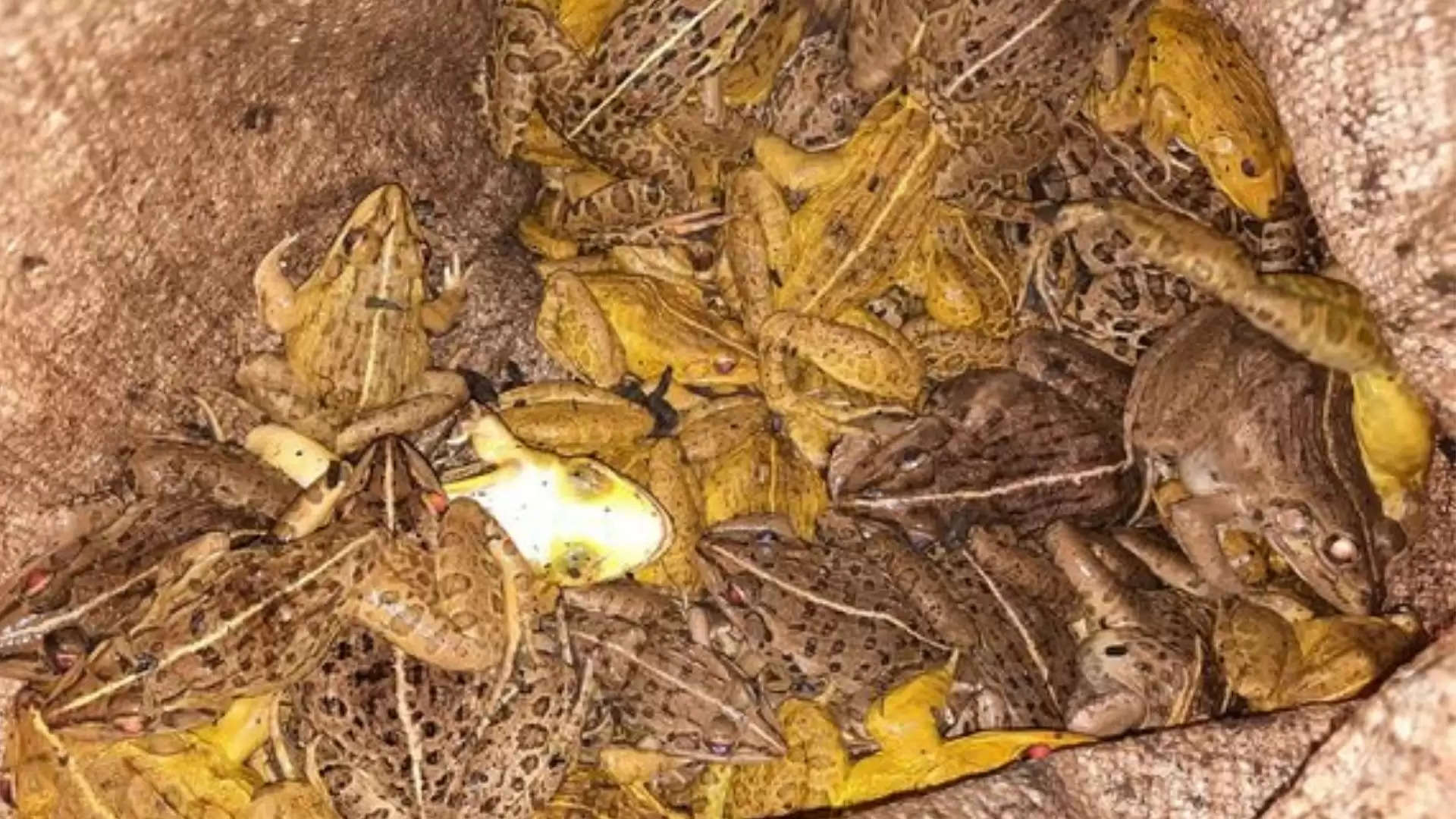 In a statement issued by the People for Animals (PFA) in Manipur, two persons from Leibon in Moirang Mantak of Bishnupur district were arrested by the Patsoi police of Manipur after over 4500 wild frogs contained in nine sacks, were seized from them.

According to reports, Bambam Kom and Kennedy Kom were involved in transporting the frogs from Moirang to Senapati.

The two have been arrested by the police, during their routine checking in front of their station under Imphal West district.

The live frogs which were brought from Moirang at the rate of 100-120 rupees per kg can fetch a price of Rs 150 up to 280 in Senapati, sources reported.

The statement from PFA added that many of the frogs were already dead inside the sacks.

Meanwhile, the Central Forest Division Officer RK Amarjit has taken up a case against the apprehended individuals and further investigation is underway.