Augustina had successfully harvested over 150 kilograms of commercial apples from her orchard during the fruiting season in 2021. 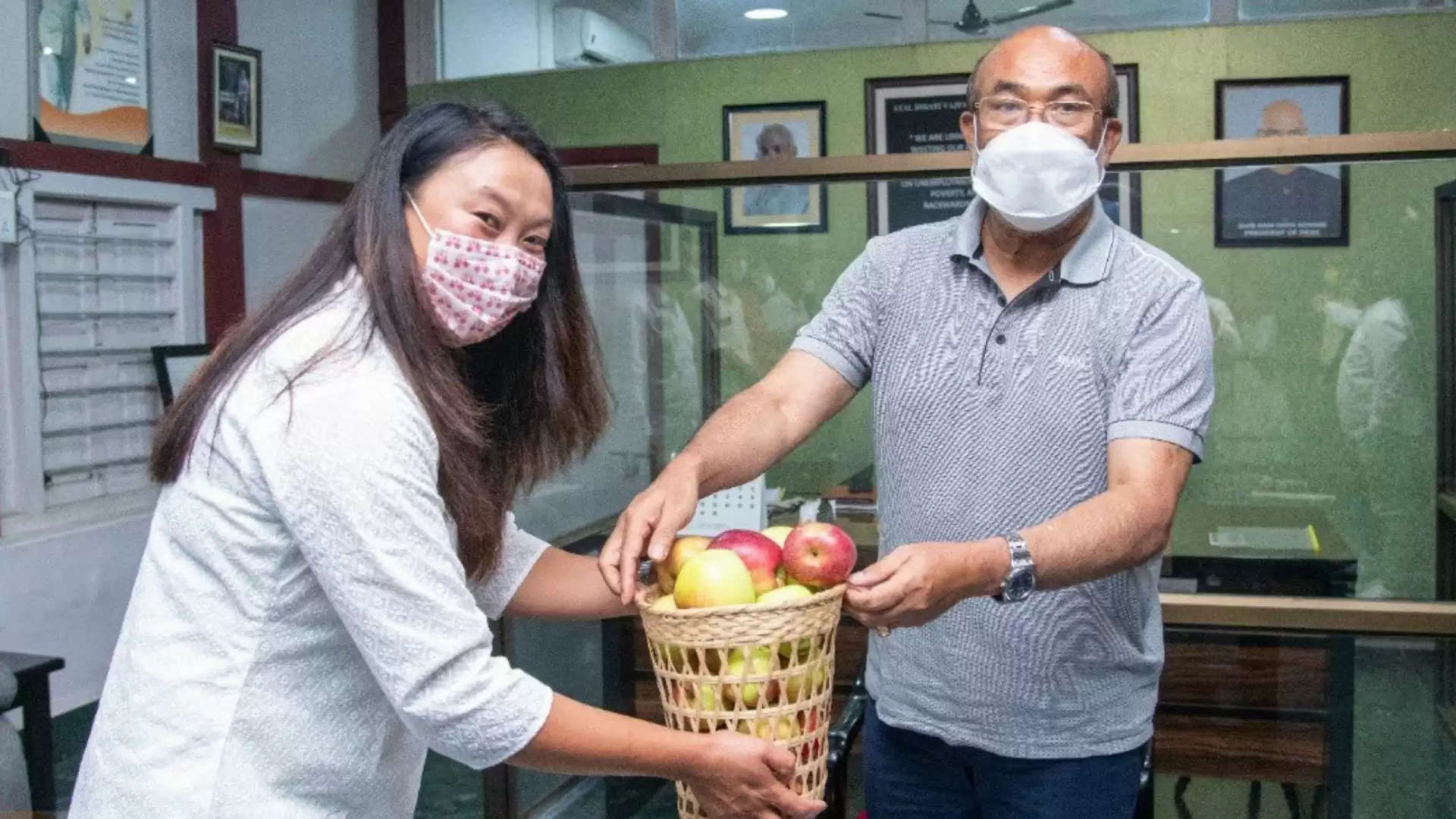 Augustina, who belongs to Poi village under the Ukhrul district in Manipur, had successfully harvested over 150 kilograms of commercial apples from her orchard during the fruiting season in 2021.

The CM maintained that Awungshi will train the farmers through the state-led agency Manipur Organic Mission (MOMA).

It was very encouraging to meet Ms Awungshi Shimray Augustina from Poi village, Ukhrul District who had successfully harvested apples on commercial scale for the first time in Manipur.

Handed her a reward of Rs 1 lakh & the Govt. will sponsor her to train farmers through MOMA. pic.twitter.com/DrJ99BmSZ2

Appreciating Awungshi as well as her family’s dedication towards apple cultivation, Singh also handed over a reward of Rs 1 lakh to support her.

According to sources, Augustina had left a lucrative job in Gordon Max in Singapore and made her way to her native village Poi in Ukhrul bordering Myanmar, to start apple farming.

Reportedly, her siblings are assisting her in taking care of the orchard.