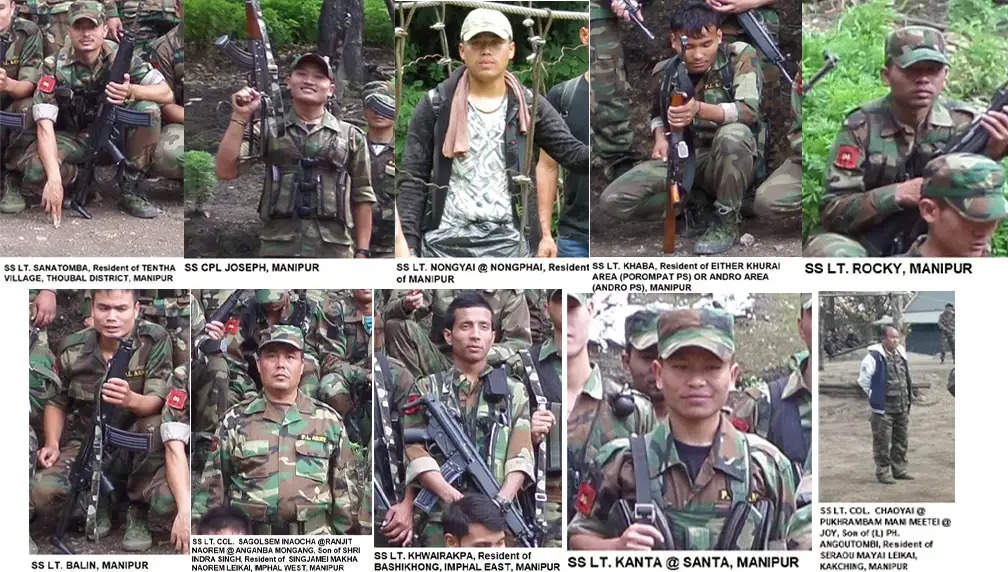 Following the brutal killing of 46 Assam Rifles commanding officer, Colonel Viplav Tripathi, his family members and five other personnel in an ambush in Manipur on November 13, 2021, the National Investigation Agency (NIA) on January 6, announced cash reward for “information of importance” on 10 militants of People’s Liberation Army (PLA) and Manipur Naga People's Front (MNPF) involved in the attack.

The cash rewards will be in the range of Rs 4 lakh to Rs 8 lakh, the NIA revealed.

“If any person is having any information of importance on the 10 suspects leading to their arrest or apprehension, can be shared with info.nia@gov.in and info.imphal.nia@gov.in,” the NIA said.

The NIA has announced reward of Rs 8 lakh each against Chaoyai and Inaocha, Rs 6 lakh against Sanatomba, Rs 4 lakhs each for seven other militants.