research at the fish farm of District Fishery Office, Lamphelpat. 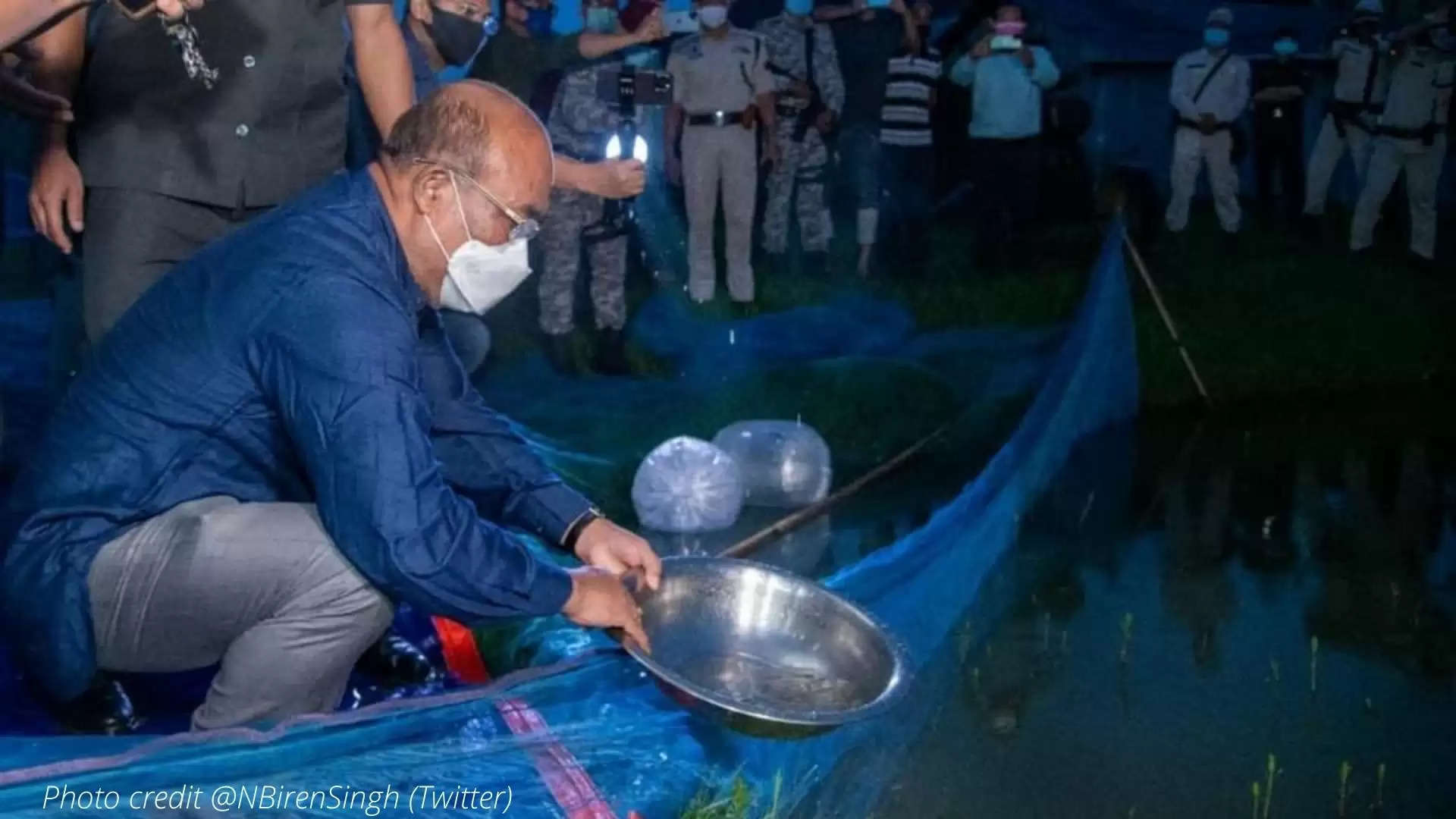 Manipur Chief Minister N Biren Singh said that the state had saved over Rs 100 crore in fish import in the last four-and-a-half years as fish imports reduced from 20 metric tonnes (MT) to 14 MT.

With the joint efforts of the government and the fish farmers, the annual production capacity of fish in the state increased, CM Singh stated.

He also said that the state has started an initiative to revive Sareng (Freshwater Catfish) production and that the state has procured around 2,000 Sareng fingerlings from different parts of the country and started rearing them in ponds identified by the fisheries department.