at Imphal East on Wednesday, Chief Minister N. Biren Singh made this announcement. 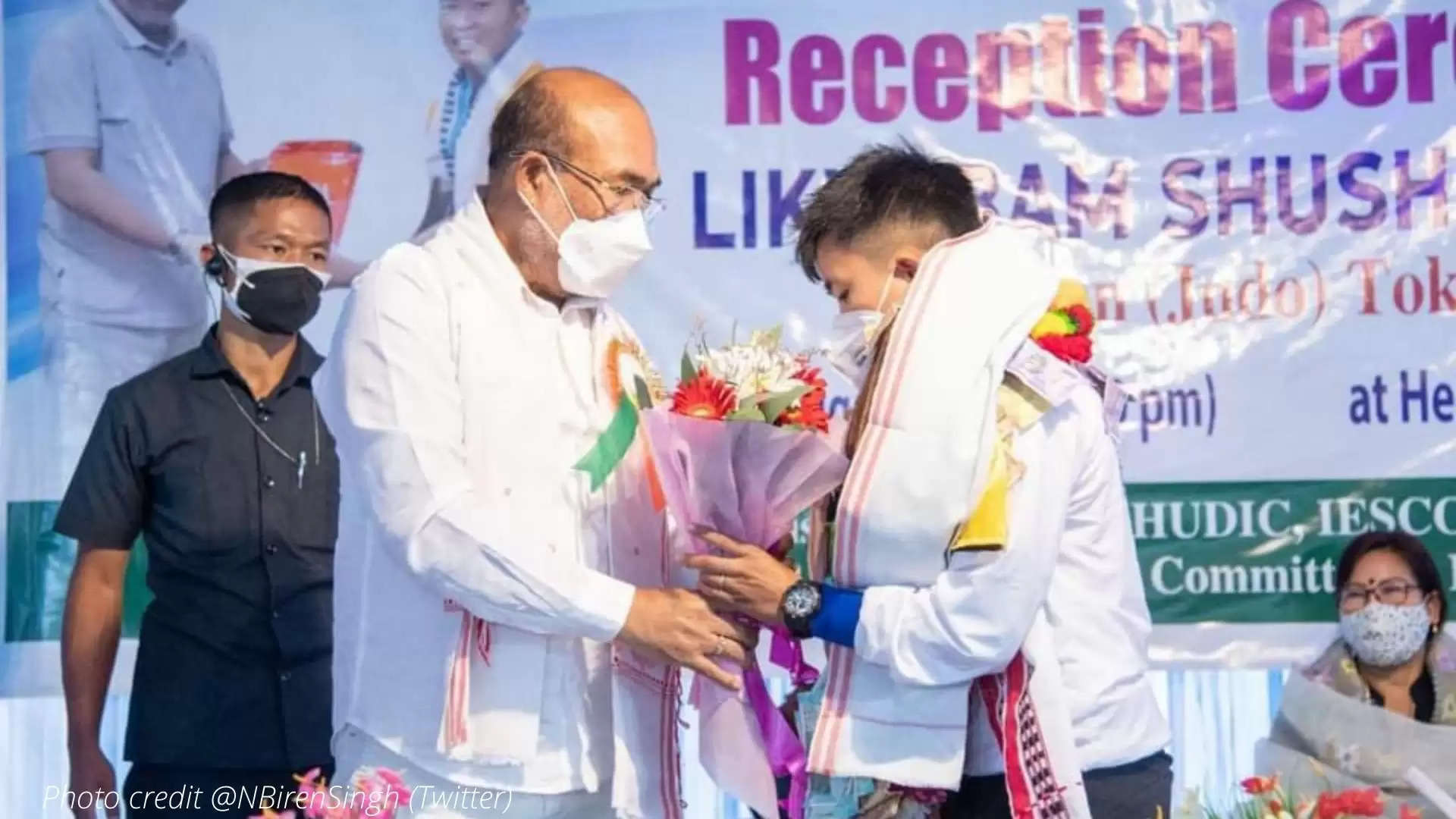 Manipur Chief Minister N. Biren Singh on Wednesday said that a grand reception of all five Olympians of the State who participated in the Tokyo Olympics 2020 would be held on August 21.

The cash rewards and job appointment orders honouring their achievements would be handed over to them during the programme, he added.

He made the statement while attending the reception ceremony of Judo Olympian Likmabam Sushila Chanu held at Heingang, Imphal East on Wednesday.

CM Singh informed that the Government had come up with a policy program to give priority to those disciplines in which the players from the State could succeed and excel at the international level.

He also expressed his hopefulness that more athletes from the state would be qualified for Paris Olympics 2024.

Speaking about the announcement of the state government's reward to Tokyo Olympics Gold Medalist Neeraj Chopra with One Crore Rupees, the chief minister stated that Manipur being called "the powerhouse of Indian sports" should also show respect and acknowledge the achievements of players from other states.