Biren Singh has tried sidelining party allies, including NPP, by taking away ministerial positions from them. 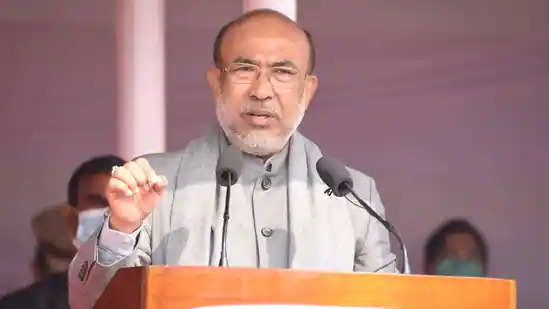 Manipur Chief Minister Biren Singh on Thursday pushed for the imposition of President’s rule in West Bengal, alleging a threat to democracy in the state.

Biren Singh, whose BJP-led government is currently supported by Bengal’s ruling party Trinamool Congress (TMC) in Manipur, cited post-election violence for his demand, in a function which was held in Imphal.

It may be mentioned in 2020, the BJP and National People’s Party negotiated to solve the political squabble in Manipur. This included the top brass NPP National President Conrad K Sangma and Assam Chief Minister Himanta Biswa Sarma to stop the Congress from forming a secular progressive front government.

However, since then Biren Singh has tried sidelining party allies, including NPP, by taking away ministerial positions from them.