The committee stated that the official liquidator “on his own wisdom notified (on June 1, 2021) e-auction of HPC as a whole, which goes against the desire and sentiments of the people of Assam.” 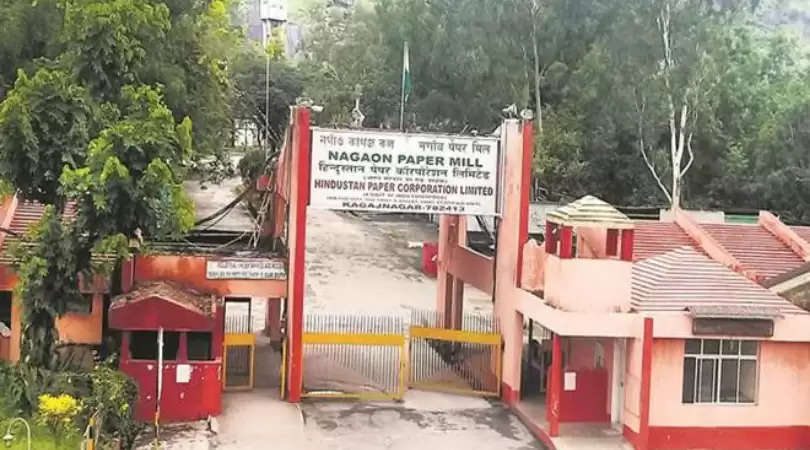 The Joint Action Committee of Recognised Unions (JACRU) of Nagaon and Cachar Paper Mills in Assam has sought immediate intervention of the chief minister to terminate the auction of the two non-functional mills of Hindustan Paper Corporation (HPC) to a third party.

In a letter to Chief Minister Himanta Biswa Sarma on Monday, the committee, while lauding his intent to release the pending salaries and arrears of the mill employees, however, questioned whether any NOC (no-objection certificate) was issued by the Assam government for the sale of state land through auction.

“If not, is the government considering intervening for termination of the auction prior to commencement of auction scheduled on June 30, 2021,” it stated in the letter.

The committee stated that the official liquidator “on his own wisdom notified (on June 1, 2021) e-auction of HPC as a whole, which goes against the desire and sentiments of the people of Assam.”

In this context, JACRU submitted that the HPC paper industries of Assam, besides other movable and immovable assets having land of more than 2000 acres in Assam, come under the jurisdiction and subject matter of the state.

“Hence, prior to the auction notice issued, it was obligatory on the part of the liquidator to seek a no-objection certificate (NOC) from the state of Assam in our view,” the committee stated.

JACRU pointed out that since the Assam government had expressed interest to take over HPC for the revival of the industries through a communication (dated September 10, 2020) and sought two months’ time vide repeat communication (dated September 29, 2020), the government has all the rights to take over the entire assets prior to commencement of the auction.

The committee further sought necessary action on topmost priority to release all legitimate dues and arrears of the workers “to save their lives as 88 of them have already died, including four by suicide, under various compelling circumstances due to nonpayment of salary and statutory dues since the past 54 months.

“We are confident in your dynamic leadership and have faith that the crisis would be resolved and the industries would be saved before the same are sold out to any third party,” it added.