Police traced and arrested the absconding duo, Imdadur Rahman and Nur Hussain, during a search operation on Wednesday night. 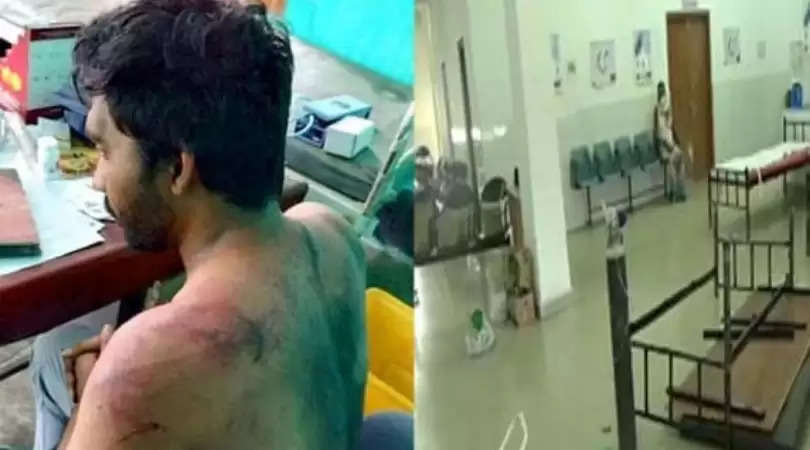 Two more persons were arrested on Thursday in connection with Tuesday’s mob assault on a doctor and a nurse at Lanka in Hojai district, taking the total number of accused arrested in the case to 26.

Police traced and arrested the absconding duo, Imdadur Rahman and Nur Hussain, during a search operation on Wednesday night.

Earlier, as many as 24 accused, including a woman, were caught during the course of an overnight operation by the wee hours of Wednesday.

It may be mentioned that an enraged mob had brutally assaulted the doctor, Seuj Kumar Senapati at the COVID Care Centre (CCC) at Udali under Lanka police station after a critically ill COVID-19 patient died at the CCC on Tuesday afternoon.

Senapati suffered multiple injuries and is being treated at Guwahati Medical College and Hospital.

The attackers also tried to strangle a nurse, Lalita Bharali, who however managed to hide by locking herself inside a toilet as the assault on the doctor continued.

There were sharp reactions from the medical fraternity across Assam, with doctors even boycotting OPD services amid the pandemic on Wednesday.

In another incident at Kakajan Tea Estate in Jorhat district on Wednesday, a group of people believed to be the relatives of a patient who died on way to Jorhat Medical College and Hospital, created a ruckus and vandalised property at the central hospital of the tea estate.

Sources said a 50-year-old tea garden worker, Raju Rabidas was brought to the hospital in critical condition but was referred to JMCH by the doctor at the tea estate hospital.

“However, the patient, who is believed to have respiratory issues, succumbed on the way to JMCH. The family members returned to the estate and apparently wanted to confront the doctor who was, as a precaution, asked to stay away from the hospital by a section of garden workers and security personnel. Subsequently, the enraged group damaged property at the hospital,” said a source.