Police sources said that at least three accused to be involved in the attack were arrested by police. 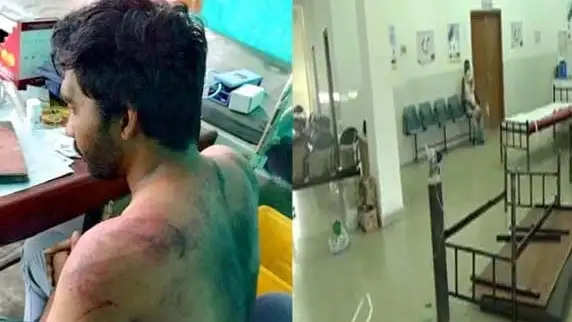 In yet another attack on a frontline corona warrior, a doctor at a COVID Care Centre (CCC) in central Assam’s Hojai district was brutally assaulted by the relatives of a COVID positive patient who died at the CCC on Tuesday, triggering widespread protests among the medical fraternity and other sections.

The video (apparently recorded on a mobile phone) of the doctor, Seuj Kumar Senapati, being attacked by several relatives of the patient had gone viral on social media platforms.

Reacting sharply, state health minister Keshab Mahanta pledged to book all the culprits immediately as Hojai police have launched an operation to nab the attackers.

“No frontline warrior, be it a doctor or health worker, will be allowed to be assaulted from now on. Everyone involved in this incident will be arrested immediately,” Mahanta said.

By late Tuesday evening, police sources said that at least three accused to be involved in the attack were arrested by police.

Condemning the incident on Twitter, chief minister Himanta Biswa Sarma, who was in Delhi on Tuesday, said, “Such barbaric attacks on our frontline workers won’t be tolerated by our administration.” Sarma asked the state police to ensure that the culprits (involved in the incident) are brought to justice.