Informing that about 10 lakh Amur Falcons visited Umrukhuti last year, chairman of 4 Season Foundation Alom Rongpi informed that, this year, the number is expected to touch the 12 lakh mark. 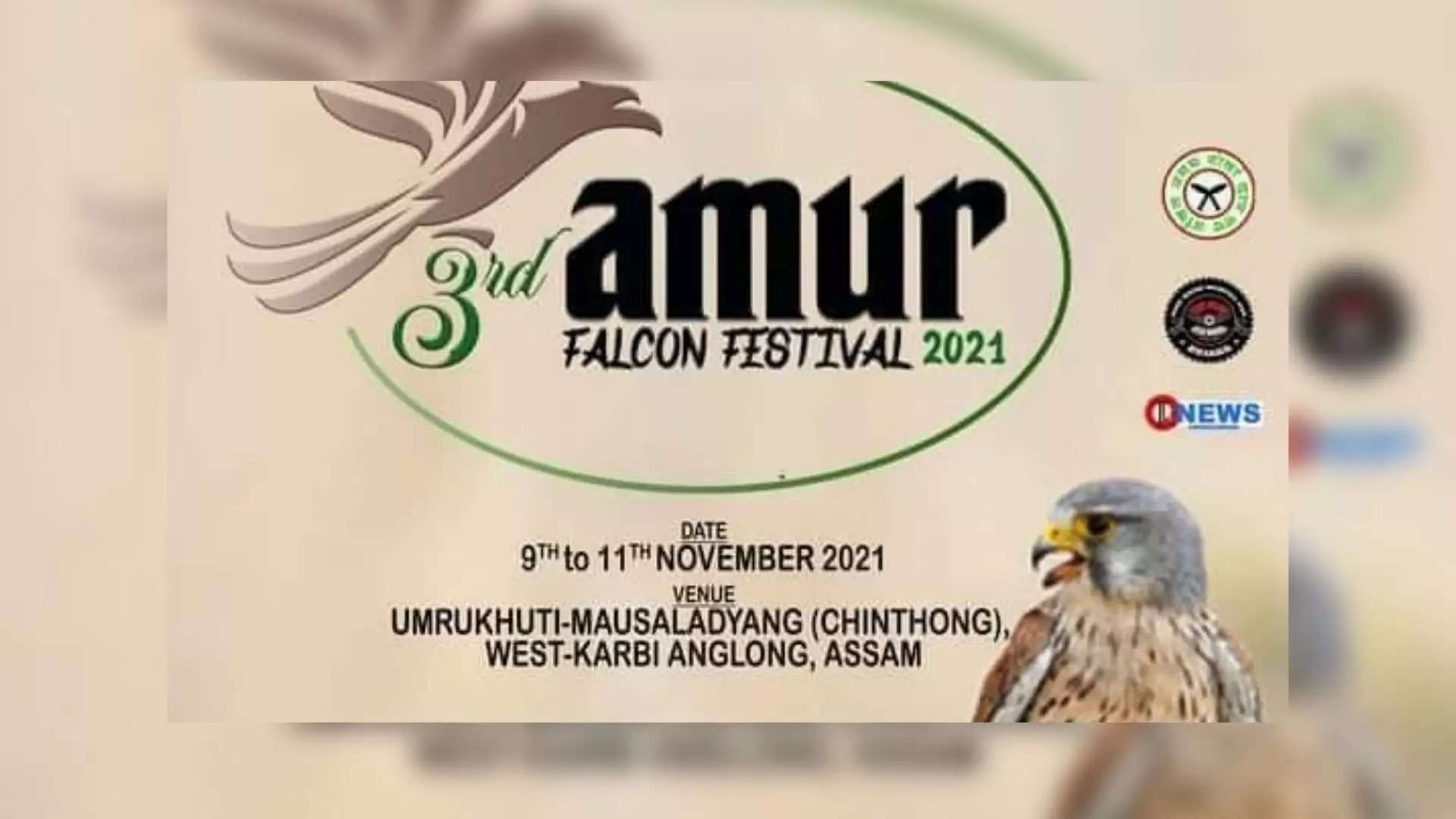 The third edition of the three-day-long Amur Falcon Festival concluded at Umrukhuti in Chinthong of Assam’s West Karbi Anglong district, on November 11.

Aimed at creating awareness about protecting the Amur Falcon - the red-footed, small raptor of the falcon family that visits Umrukhuti during the early part of October and mid-November every year from Siberia, the annual festival is organised jointly by Karbi Students’ Association (KSA-Inglongpho) and 4 Season Foundation (NGO).

“Apart from organising the festival, the 4 Season Foundation has planned to plant more bamboos in the area which will be supported by the soil conservation department, so that more Amur Falcon could come and stay here comfortably. The migratory birds like to rest mostly on bamboos,” said Alom Rongpi, chairman of 4 Season Foundation (NGO).

Informing that about 10 lakh Amur Falcons visited Umrukhuti last year, Rongpi informed that, this year, the number is expected to touch the 12 lakh mark. “This year more than 12 lakh birds are supposed to arrive this season,” said Rongpi, adding that the exact number of birds would only be known by the end of the season.

“During the festival, more than 5,000 tourists from around the country visit the place to be a part of the festival and watch the Amur Falcons,” Rongpi added.

On the concluding day, MP Horensing Bey stressed the need for the protection of Amur Falcons in his speech.

“As Umrukhuti is located bordering Ri Bhoi district of Meghalaya, the congregation of the migratory Amur Falcon at Umrukhuti has been an attraction for local people. People from different parts of the country come here for bird watching. Through this festival, we have been able to stop hunting of the birds in the area. We have been able to create awareness on bird conservation among the locals,” he said, stressing that Umrukhuti needs a motorable road and tight security arrangements during the festival to increase the footfall.

Karbi Anglong Autonomous Council (KAAC) executive member for panchayat and rural development, Lunsing Teron said that hospitality is one of the important aspects that need upgradation in the to promote tourism when the Amur Falcons arrive. He also assured construction of a watchtower at Umrukhuti for birds watching.