The workers also held the manager of Romai tea garden responsible for the incident. 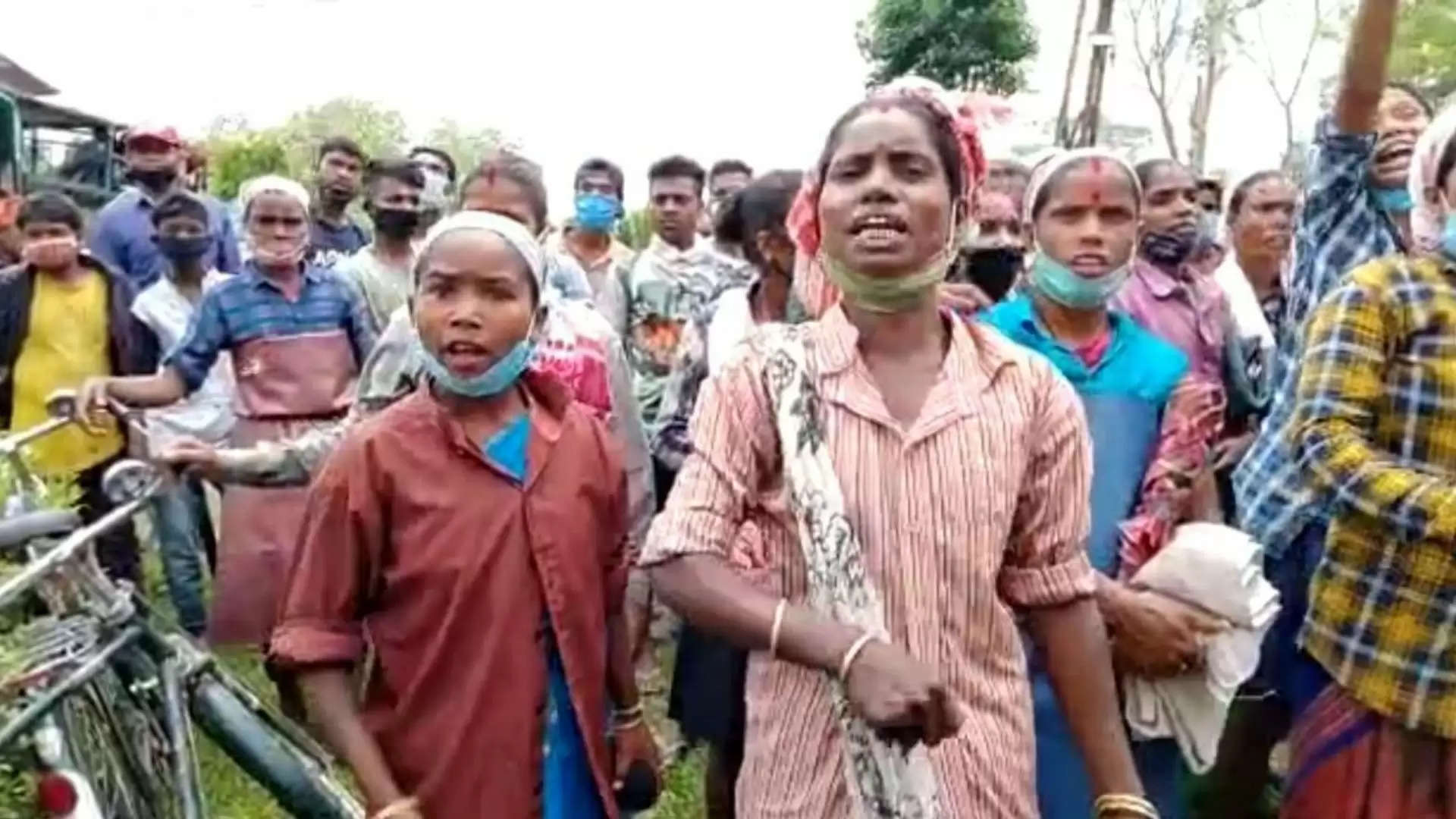 The workers of Romai tea garden on Monday gheraoed the bungalow of the garden manager in protest against the mysterious death of a tea garden worker.

It may be noted that on May 29, a dead body of a 54-year-old Covid positive patient was recovered from AMCH footpath in Jalan Nagar area of Dibrugarh.

The body was later identified by his family members as Bhim Bhuyan of Romai tea estate.

The agitated workers of the tea garden protested in front of the bungalow of the garden manager. Later, security forces were deployed in the area to control the situation.

“Because of negligence of the hospital authority the Covid positive patient died. How could his body be recovered from a footpath in a mysterious condition even his family members knew little about his death? The ambulance driver might have dumped him on the AMCH footpath,” said a worker of Romai tea garden.

The workers also held the manager of Romai tea garden responsible for the incident.

“After sending him to a Covid Care Centre in Don Bosco, the manager did not care to take any information about his health condition. The manager is also responsible for the death of the person,” said Ratan Bhuyan, a relative of the deceased.

“We demand an inquiry on the incident. The AMCH authority is responsible for his death. We have submitted a memorandum to the Health Minister of Assam and demand Rs 20 lakh for the deceased family members,” said Lakhindra Kurmi, a ATTSA leader.

Dibrugarh Deputy Commissioner Pallav Gopal Jha has ordered the SP to conduct an inquiry into the matter.