The price of tea had hit a record high in 2020, when the country was plagued by the first wave of the pandemic. 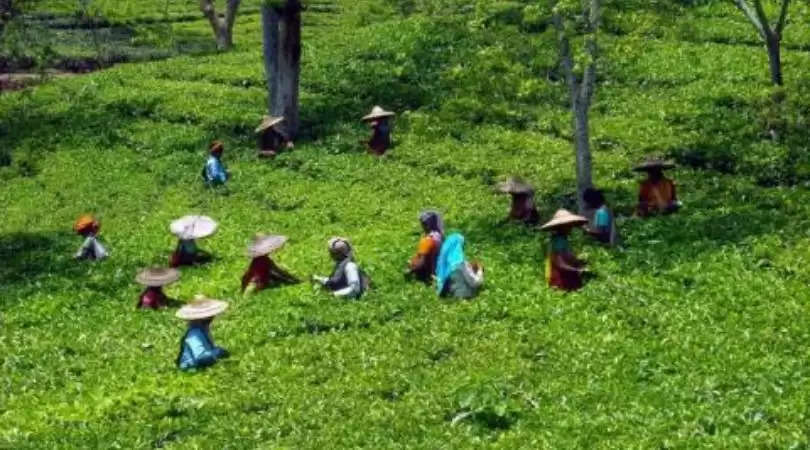 Prolonged drought-like situation weather, the worst in three decades, coupled with two waves of the COVID-19 pandemic, has hit the tea industry of Assam, which contributes more than half of the country’s total tea output.

The price of tea had hit a record high in 2020, when the country was plagued by the first wave of the pandemic.

According to Tea Board data, a majority of Assam’s 800-odd tea estates and more than 1.70 lakh small tea gardens lost 78 million kg of tea leaves due to the COVID-induced lockdown last year.

Now with the second successive year of crop loss, the average price has risen further so far, with adverse weather compounding the situation and making the cuppa dearer.

“These price fluctuations happen when there is a demand and supply gap caused by weather or an emergency medical situation like COVID. Once the situation normalises, the rates will come back to normal range,” said a tea consultant here.

Amid the COVID-19 crisis affecting some tea estates in Assam, the state tea industry has suffered substantial crop loss due to “drought-like” conditions this season.

A study carried out by the North Eastern Tea Association (NETA) on crop loss owing to the impact of the prolonged drought-like situation in Assam estimated the crop deficit from January to May this year to be about 60 million kg compared to the same period in the year 2019.

Barkakoty said the year 2021 has been unusual so far for the Assam tea industry as far as tea production is concerned.

As it is, coronavirus (COVID-19) has spread among hundreds of plantation workers with several tea estates declared containment zones.

The average rainfall deficit is about 45 per cent from January to April this year compared to the same period last year in the main tea-growing districts of Assam - Golaghat to Tinsukia.

“Tea industry of Assam is facing tough times again this year. Last year the tea industry suffered due to lockdown, and this year, a severe deficit of rainfall in the early part of the season has caused havoc in tea production,” NETA chairman, Sunil Jallan said.

“We do not remember facing such a prolonged drought in the last 30 years. Apart from the huge loss of crop due to rainfall deficit, the drought at the very beginning of the tea season has also delayed the application of fertilisers by around two months. This will only add to the loss of crop during the ensuing peak harvesting months”, said Manoj Jallan, former chairman of NETA.

“There has been a huge revenue deficit for the Assam tea industry due to very low crop till May and likely impact in crop for June as well,” said Nalin Khemani, chairman of the Bharatiya Cha Parishad (BCP).

Besides, extreme weather fluctuations both in terms of temperature and rainfall have impacted the growth of tea leaves severely.

“Temperature drop from 34 to 19 degrees centigrade coupled with hardly any sunshine for the last one week, preceded by temperatures above 34-degree centigrade is playing havoc with the crop”, said Mrigendra Jalan, adviser, BCP.

Now branded players like Tata Consumer Products and HUL are giving a profit margin to stay competitive and to grab market share from smaller players.

Reportedly, the business has been booming for Tata Consumer Products, whose revenue has grown 1.6 times and net profit is up nearly two and a half times over the last three financial years.

Sources said tea sellers at Tata Group and HUL are using this period to remain competitive and capture as much of the market as possible.

Summer is the peak harvest season for tea and loss of production may also mean loss of wages along with rising healthcare costs.

All said and done, the current inflation in tea prices could be a jolt for smaller players as well as the workforce in the tea gardens. Worse still, several hundred workers in many tea gardens of Assam have been infected by COVID-19.