An inquiry committee, headed by an AFS officer and a team of veterinarians, was instituted by an order on Thursday itself. 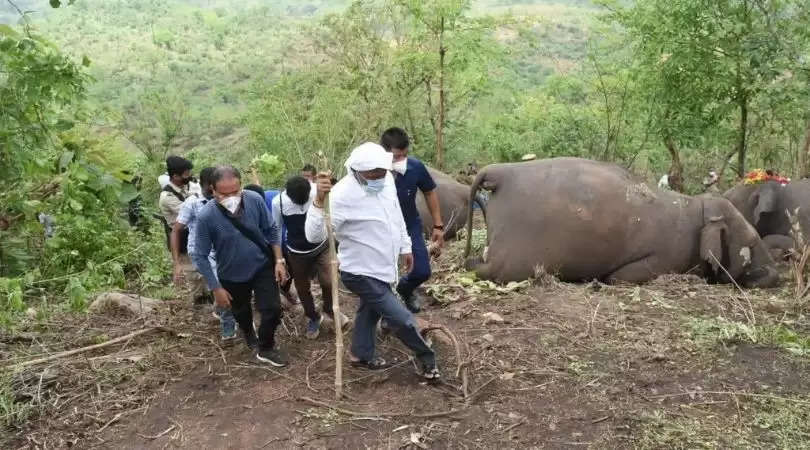 Assam Forest Minister Parimal Suklabaidya, on Friday, made an on-the-spot assessment at the site near Bamuni Pahar in Nagaon, where at least 18 elephants were found dead on Thursday.

According to official sources, 14 among the herd are female elephants, while four are calves.

An inquiry committee, headed by an AFS officer and a team of veterinarians, was instituted by an order on Thursday itself.

“The preliminary report of inquiry has been asked to be submitted within three days and a detailed investigation report within 15 days. We will unravel the exact reason behind their tragic death soon,” the minister said.

K.K Deori, the deputy conservator of forest (publicity), has been appointed as the inquiry officer under the provision of Section 50 (8) of the Wild Life (Protection) Act, 1972 to carry out an investigation into the death of the elephants.

He was accompanied by a seven-member team of qualified veterinarians to the site at Kandali Proposed Reserve Forest under the Kathiatoli range of the state forest department.

The inquiry officer has been allowed to undertake a detailed investigation of the site, including water and salt lick quality, and may engage experts and agencies for the purpose, and carry out detailed fact-finding from fringe communities and first informants.

The veterinary team, which according to sources, has reached the site, and is currently engaged in conducting a post mortem on the elephants, including collection and examination of samples for all relevant investigation in order to establish the actual cause of death of the elephants.

It has been suspected that the herd was struck by lightning, even as the probe team would establish the actual cause once the investigation is over.