The Commission disposed a total of 40 cases of human rights violation from five northeastern states- Assam, Arunachal Pradesh, Manipur, Sikkim, and Nagaland, during the two days, in addition to taking up suo moto cognizance over Oting massacre in Nagaland’s Mon district in which 14 people were killed by the troops of 21 Assam rifles on December 4. 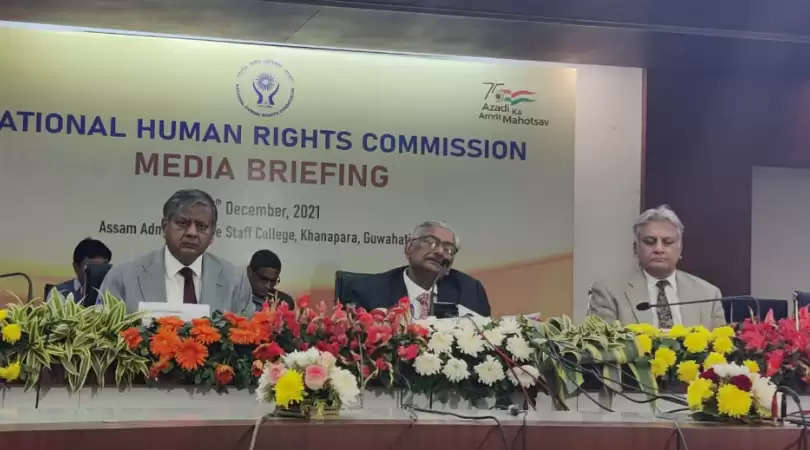 The National Human Rights Commission’s two-day open hearing and camp sitting concluded on December 17 at the Assam Administrative Staff College in Guwahati, with a recommendation of Rs 20.50 lakh as relief in cases of violation of human rights of people of different communities.

The Commission disposed a total of 40 cases of human rights violation from five northeastern states-Assam, Arunachal Pradesh, Manipur, Sikkim, and Nagaland, during the two days, in addition to taking up suo moto cognizance over the Oting massacre in Nagaland’s Mon district in which 14 people were killed by the troops of 21 Assam rifles on December 4.

“We have taken a suo moto case based on the newspaper report. We have issued notices to the defence secretary, Union home secretary, chief secretary & director general of police of Nagaland calling for a detailed report in the matter. However, the further proceeding will be based on the report of the special investigation team (SIT) set up by the Nagaland government,” NHRC chairperson Justice Arup Kumar Mishra said while addressing a press conference in the city.

Mishra stated that as far as the removal of AFSPA is concerned, the government should review the situation and if the situation improves in the district concerned, matter on revoking the Act can be taken up with the centre.

Commenting further on AFSPA, Mishra said that NHRC can’t term the AFSPA as unconstitutional, and also rejected the claim that AFSPA is the only cause behind all human rights cases in the Northeast and said most of the cases that took place in the region are not connected to this law.

“We can’t say that all these cases have taken place only because of AFSPA. There are cases of custodial deaths, extrajudicial killings, police encounters in the region. These are not connected to AFSPA,” he said.

Revealing that the commission comes into the picture only when there is serious and grave nature of human rights violations or when the government machinery fails in its duties, Mishra said that human rights issues like the right of elderly women, children, trans-genders, mental, health, silicosis etc, are some of the core areas where the commission focuses.

Stating that public servants implementing law and order are there to ensure that there are no untoward incidents anywhere, he maintained, “the police carries a weapon to protect the public, not to become violator of human rights. Jail should be like an Ashram, where the prisoners need to be reformed, so that when they come out from the jail, they should be responsible citizens and should not indulge in criminal activities again.

Besides, an amount of Rs 5 lakh in case of death in police custody in Imphal (East) district of Manipur was also announced by the commission.

Further, the NHRC has recommended an amount of Rs 4.5 lakh to be paid to the next of kin of the deceased in case of death in custody in Mon district of Nagaland.