“What was he doing since he became CM of Nagaland 18 years ago? Why did he not move for AFSPA’s repeal?” asked Therie. 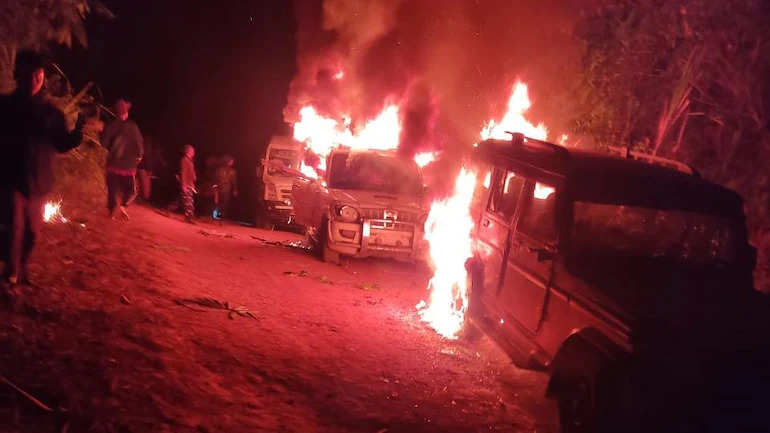 K Therie, the president of the Nagaland Pradesh Congress Committee, on Thursday blamed chief minister Neiphiu Rio for the recent Oting incident in Mon district and posed a barrage of questions.

He asked why the 21 Para Special Force based in Jorhat, Assam, which is under Army’s 4 Corps, was brought for the attack when Nagaland falls under the jurisdiction of 3 Corps of the Army.

“Nothing can happen in the state without the knowledge of the CM and home minister as the law and order is a state subject,” said Therie and went on to add that it is the responsibility of the state government to protect and provide security to the life and property of the people.

It is only through the requisition of the CM, according to Therie, Paratroopers can be used in the state.

He recalled that the shooting occurred at around 4 pm on December 4 and that the Oting villagers had immediately notified the Mon SP about it. “However, they were told not to go to the spot. Around 7.20 pm, the villagers went in search of their village youths who had gone to work at a coal mine in Tiru village,” stated Therie.

Therie, who went to Oting village with his team to attend the funeral of the firing victims observed, “In our assessment, we find that the state government is solely responsible for the loss of 15 lives, including one Army soldier.”

Therie also accused Rio of misleading Union home minister, Amit Shah to state in Parliament that the van carrying coal miners was fired upon as it tried to flee.

Therie alleged that Rio – ‘who is hand-in-glove with NSCN (IM) general secretary Th. Muivah’ – does not want a settlement deal to the Naga political problem and further said that both Rio and Muivah have been successful in transferring the Government of India’s former interlocutor for Naga talks RN Ravi, who was also Nagaland Governor.

Questioning Rio, “What was he doing since he became CM of Nagaland 18 years ago? Why did he not move for AFSPA’s repeal?” the Pradesh Congress chief said that the chief minister wants to take shelter and hide under the Armed Forces (Special Powers) Act.

When pointed out that Rio has been vociferous in calling for repeal of AFSPA since the Oting incident, and has also called a special session of the Assembly on December 20, Therie asked why Rio has questioned the Government of India and the military about the incident.

A delegation of the Congress led by AICC general secretary Jitendra Singh, Lok Sabha MP Gaurav Gogoi and AICC general secretary in-charge of Nagaland Ajoy Kumar, who were on their way to Oting village to get first-hand information about the incident, were stopped at Jorhat airport on December 8 at the behest of the Nagaland government, added Therie and asked, “What was Rio trying to hide.”

As for the state Congress, he said that the AFSPA is not at all necessary in Nagaland, as all Naga political groups are under ceasefire with the Government of India and all other citizens are peace-loving.

Therie also said the state Congress sent a representation to President Ram Nath Kovind on Wednesday demanding setting up of an all-party parliamentary committee to probe the Oting incident, arrest of the culprits and implementation of political settlement of the Naga problem under President’s rule in the state.