Centre signs Karbi Anglong Peace Accord; calls it a milestone towards insurgent-free Northeast 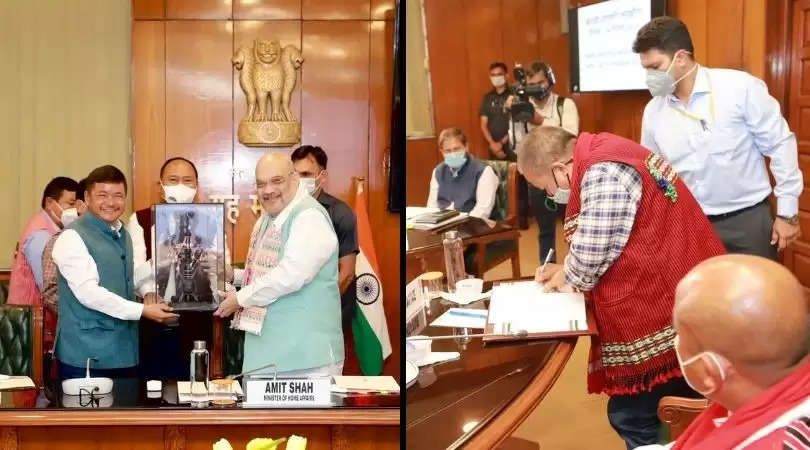 With an aim to bring permanent peace to the Karbi-dominated areas of Assam, the Centre on Saturday singed a tripartite “Karbi Anglong Agreement” with the representatives of five Karbi outfits in the presence of Union Home Minister Amit Shah and Chief Minister of Assam, Himanta Biswa Sarma, at the North Block office of the Ministry of Home Affairs, New Delhi.

Terming the signing a milestone, Shah said that the accord will bring lasting peace in Karbi Anglong and considerable prosperity and development to the area. He also added that the accord will resolve the decades-old crisis in the area and ensure territorial integrity of Assam and is a concrete step towards Prime Minister Narendra Modi’s vision of a “insurgent-free prosperous Northeast”.

Assam Chief Minister Sarma said that there was a historical moment when the Bodoland Accord was signed in 2019 and now with the signing of the Karbi Anglong Agreement, lower Assam too will be a peaceful area. He ensured that the state government will do everything in its power to make the agreement a successful one.

Over 150 Karbi militants among the 1,040 who had laid down their arms before the Assam government in February this year, had reached the North Block for the “historic” signing and 15 of them were present during the do.

Key highlights of the Karbi Anglong Peace Accord:

• A special development package of Rs. 1000 crore will be allocated over five years by the Central Government and the Assam Government to take up special projects for the development of Karbi areas.

• This agreement will transfer as much autonomy as possible in exercising their rights to the Karbi Anglong Autonomous Council, without affecting the territorial and administrative integrity of Assam.

• This agreement will ensure the protection of the culture, identity, language, etc. of the Karbi people and all-round development of the region.

• In this agreement, the Karbi armed groups have agreed to renounce violence and to engage in a peaceful democratic process established by the law of the land. Keeping this in mind, a provision has also been made in this agreement to rehabilitate the cadres of armed groups.

• The Government of Assam will set up a Karbi Welfare Council to focus on the development of the Karbi people living outside the Karbi Anglong Autonomous Council area.

• The Consolidated Fund of the State will be amended to meet the resources of the Karbi Anglong Autonomous Council.

• Overall, the present agreement proposes to give more legislative, executive, administrative and financial powers to the Karbi Anglong Autonomous Council.