According to sources, every day, illegal timber-laden trucks pass through the roads without any intervention from forest officials and police. 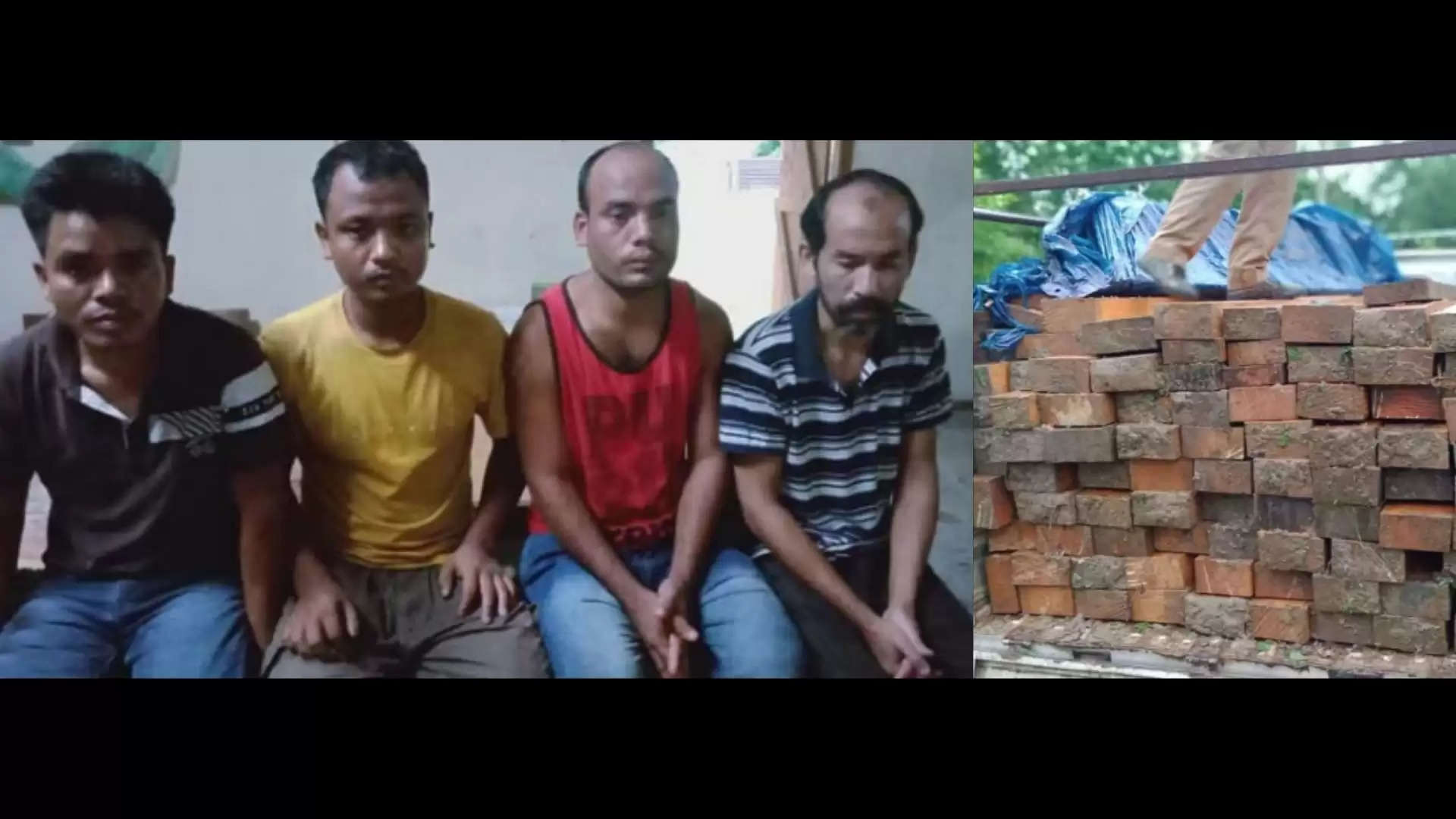 In a crackdown on timber smuggling, four persons were arrested and an illegal consignment of saw timber was seized by a team of forest personnel at the Digboi Balijan area, Tinsukia district of Assam on Friday.

The accused have been identified as Hemanta Saikia (38), Sasanka Gogoi (40), Nirab Dohutia (28), and Bhadrajit Dohutia(30). All are residents of the Tinsukia district.

Divisional Forest Officer (DFO) of Digboi Division, TC Ranjit said, "We intercepted a vehicle illegally transporting the forest products at Balijan area while it was moving towards Duliajan." The DFO said that the four persons have been booked under several sections of the Assam Forest Regulation Act 1891.

"Based on the interrogation, we also raided a timber depot in Duliajan in Dibrugarh district and seized several documents which led to the sealing of the depot," TC Ranjit added.

According to sources, every day, illegal timber-laden trucks pass through the roads without any intervention from forest officials and police. "In broad daylight, the timber smugglers enter the forest and cut down valuable trees. Later, they transport the logs to sawmills. It is a big nexus which has been running under the administration’s nose for a long time," alleged an environmentalist.

Meanwhile, the four arrested persons were produced before Tinsukia court on Saturday.