Hima’s Olympics disqualification unfortunate but she has time: Coach

The Asian Games medal winner looked nowhere near her form, apparently not recovering from the injury. 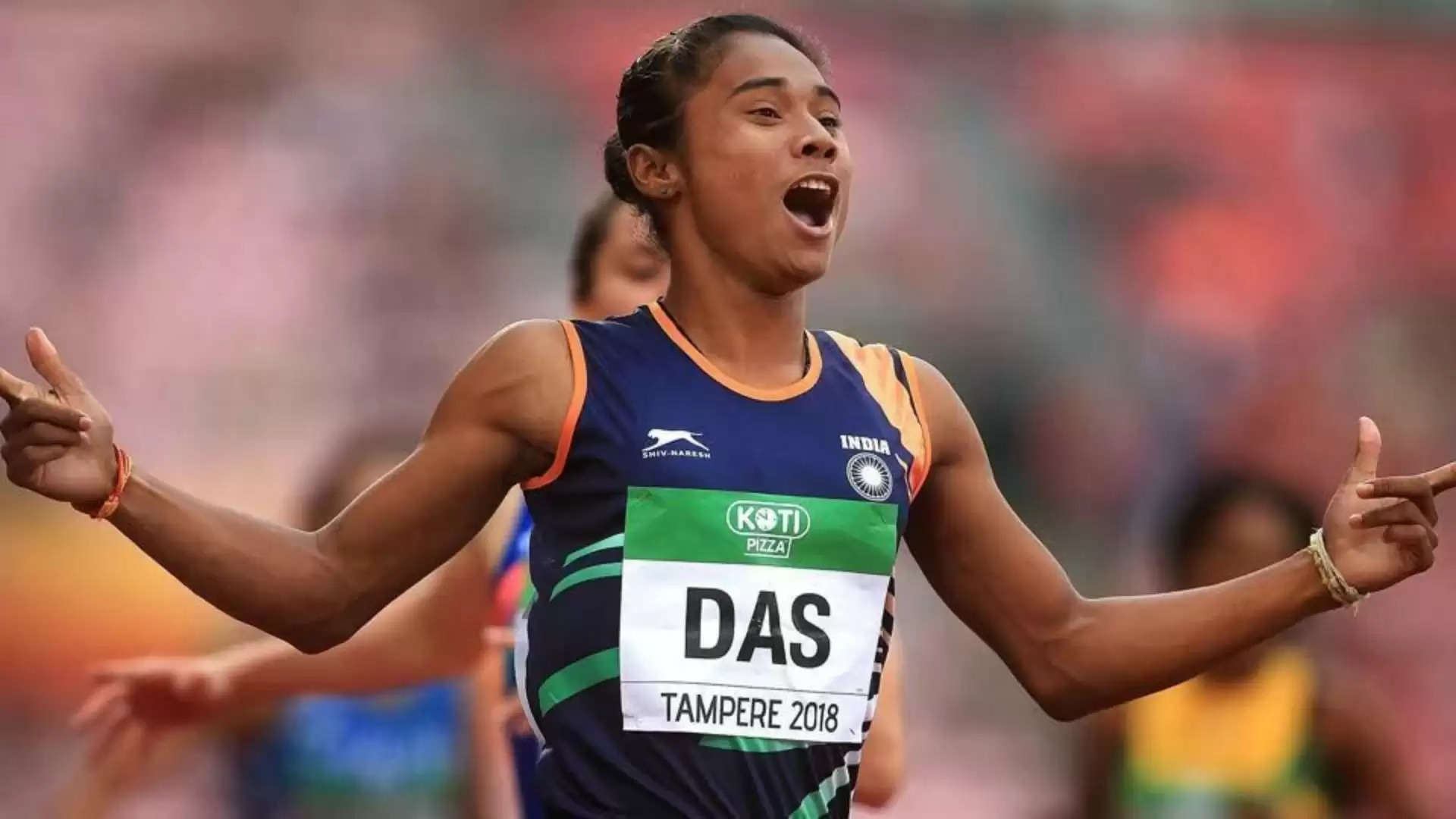 Injury-hit ace sprinter Hima Das’ dream to represent India in the Tokyo Olympics might have ended but her coach Nipon Das has taken the unfortunate turn of events in his stride, saying that her next goal will be the Commonwealth Games and Asian Games next year.

Hima had fallen short of the qualifying time of 22.80 seconds in the finals of the women’s 200 metres race at the national inter-state athletics championship in Patiala on Tuesday. The 21-year-old athlete from Assam finished fifth with a timing of 25.03 seconds.

Also known as the ‘Dhing Express’, Hima was however a doubtful starter after she sustained a hamstring injury while running the 100 metres heats last Friday and was under treatment.

The Asian Games medal winner looked nowhere near her form, apparently not recovering from the injury.

“It is unfortunate but she has time in her hands to be up and ready for another Olympics. Hima has been advised of two weeks’ rest. Now our next goal is to make her ready in nine months for the Commonwealth Games in March and the Asian Games in July, where she will surely win a medal,” Das who returned here from Patiala on Wednesday told this correspondent.

“The flip side is that she has been able to clock 25.03 seconds despite an injury. Besides, we have high hopes for her as she is among the only two women athletes in India to have clocked a timing below 23 seconds in 200 metres. She had clocked 22.88 seconds in the heats a few days back,” he said.

Asked about her decision to take part in the women’s 200 metres race despite “not fully recovering” from her injury, Das said that “it was a call taken by the Athletics Federation of India and she too was eager to take part in the race with a hope to qualify for the Olympics. However, it is unfortunate that she could not qualify.”

Hima’s injury had earlier kept her away from taking part in the women’s 100 metres and 4x100 metres qualification relay finals.

It may be recalled that she had become India’s fastest-ever female in the 400m category at the 2018 Asian Games in Jakarta, clocking 50.79 seconds to win a silver medal when she was only 18 years old.