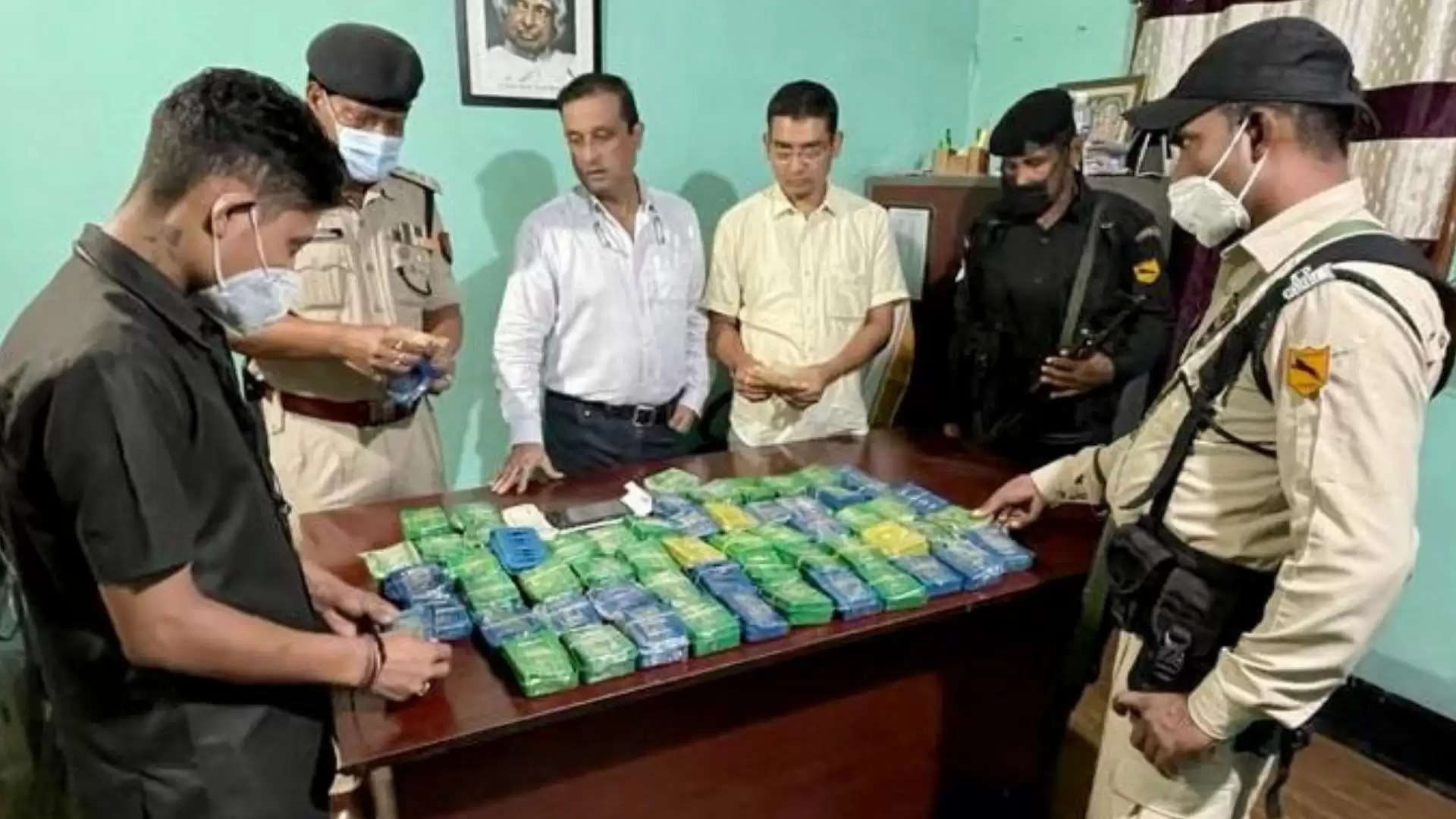 Intensifying its war on drugs, the Assam police, on Thursday, seized 660 grams of heroin worth over Rs 4 crore at Jorabat on the outskirts of Guwahati.

The truck driver and the handyman were detained in connection with the drug haul. According to sources, the duo has been identified as Warish and Jennyson Tayenjam from Thoubal district in Manipur.

“Acting on specific information about the shipment of a drug consignment from Manipur, a search was launched at Jorabat under Basistha Police station around 4:30 am. During the search operation, contraband was recovered concealed inside the engine cover of the vehicle,” said a police official.

“We have also recovered Rs 45,000 cash along with two mobile phones,” added the police official.

Assam CM Himanta Biswa Sarma tweeted, “Kudos @asssmpolice as you continue to tighten the noose around drugs mafia. This morning, Police intercepted an inter-state consignment of drugs at Jorabat and seized 660 gms Heroin worth over Rs 4.5 cr in international market & arrest 2 so far. Good!”.