According to sources, oil theft is a major issue in the Tinsukia district and thieves often damage oil pipelines and steal condensate oil. 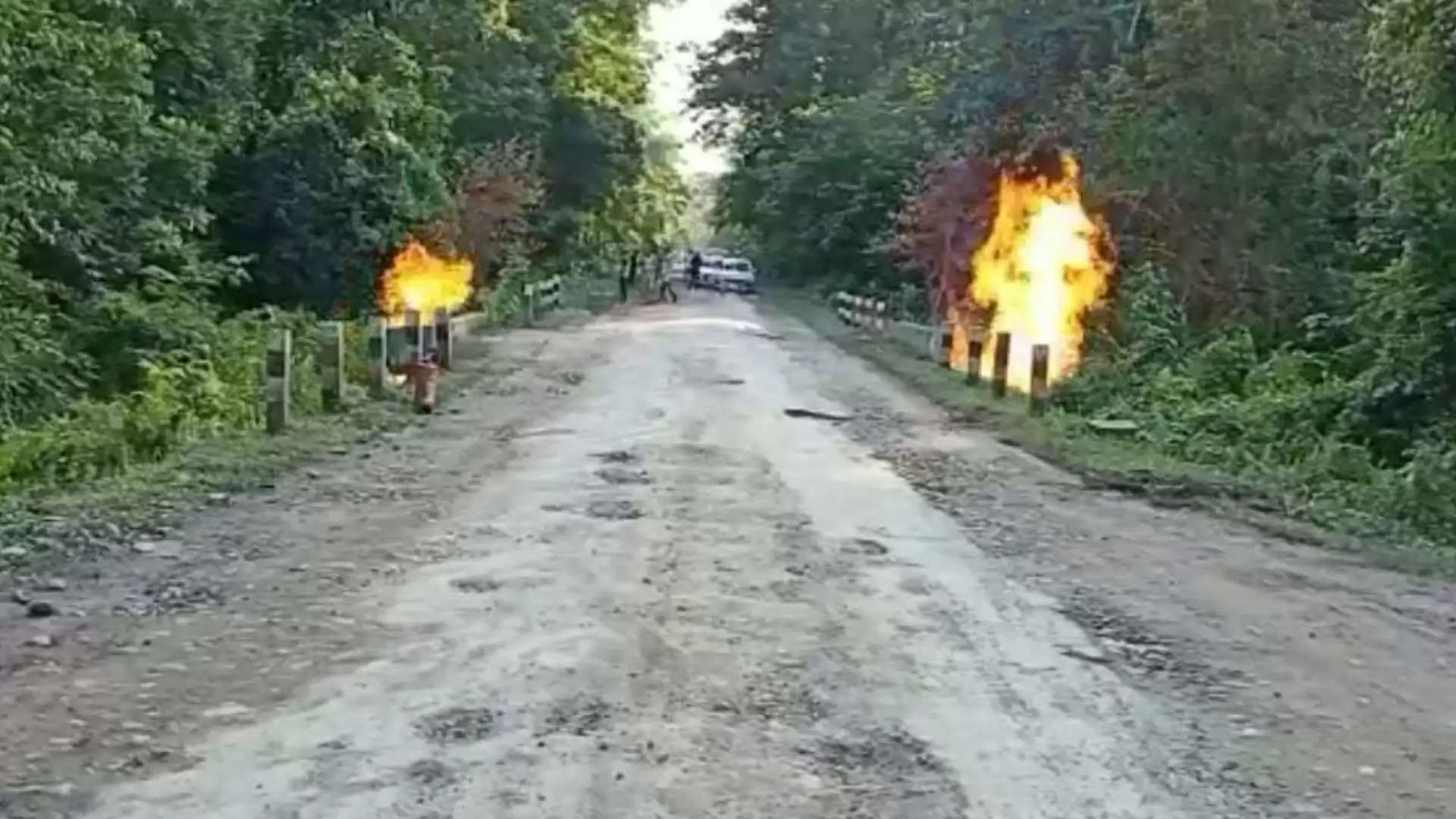 An Oil India Limited (OIL) pipeline caught fire on the Digboi-Duliajan road near the Dehing-Patkai National Park in Dibrugarh on Saturday.

After receiving the news, the OIL officials reached the spot and managed to bring it under control. The pipeline is connected to the nearby Jurajan Oil Collecting Station inside the newly notified Dehing-Patkai National Park.

Devojit Moran, a local environmentalist of the area, shot the video of the fire and subsequently, alerted the residents and OIL officials.

“The Dehing-Patkai National Park had faced serious threat due to such leakages on many occasions in the past. The gas and condensate from the pipeline pose a serious threat to the biodiversity of the national park,” Moran said.

Moran added that OIL has started drilling around a small river inside the Dehing-Patkai National Park, thus posing a serious threat to the surrounding area which is frequented by elephants.

“The elephants have stopped coming to the site after the drilling started,” alleged Moran.

According to sources, oil theft is a major issue in the Tinsukia district and thieves often damage oil pipelines and steal condensate oil. Only recently, over 200 gallons of condensate were seized by Tinsukia police from the area.

“Security is a major issue in Dehing-Patkai National Park. The Oil India Limited, Tinsukia Police, and forest officials should look after the matter to stop such nefarious activities,” said a source.