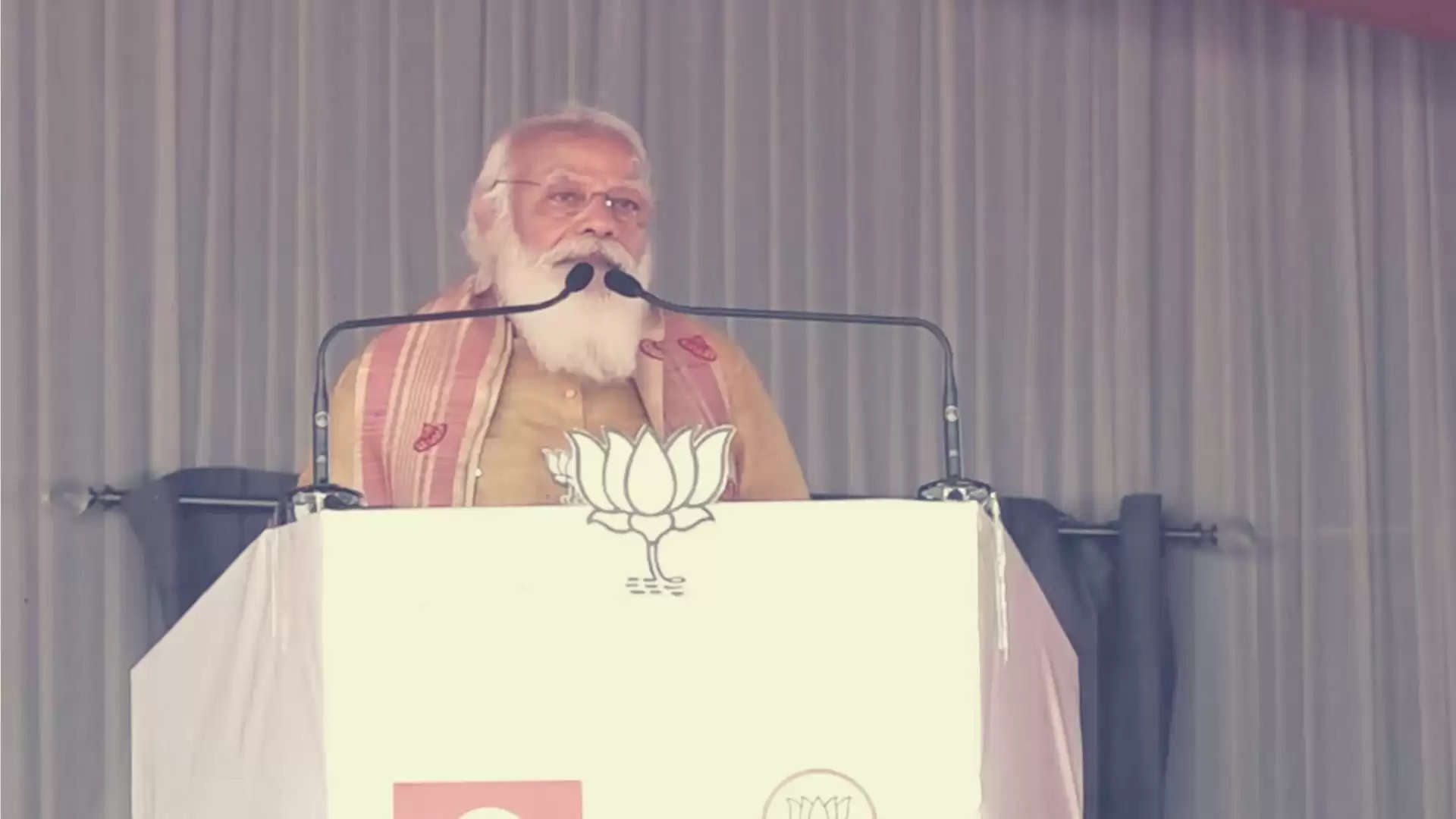 Prime Minister Narendra Modi on Saturday said the Congress-led ‘Mahajot’ in Assam has accepted defeat in the ongoing assembly election in the state.

Modi said the statement of one of Congress' allies in an election meeting in Lower Assam reflects the Mahajot's current position.

Addressing a poll rally at Tamulpar, Modi said the people of Assam want a stable government.

"Mahajot (grand alliance) has been disclosed and, the people of Assam have to reject the ‘Mahajhooth’ of ‘Mahajot’ and support the NDA (National Democratic Alliance) government for development in Assam," the prime minister said.

“The double-engine government (BJP) has done lots of development in Assam by building infrastructure and connectivity in the state in the last five years."

"‘Sabka Saath Sabka Vikas’ is the government’s motive. Thousands of kilometres of railway lines were set and, many bridges inaugurated in the last five years in the state. We believe in the all-around development of the state. If our government is voted to power, we will bring more developmental works in Assam," Modi assured.

“We work for the people; we work with honesty. Everybody got pakka houses, toilets, and a gas connection with no bias. Our principle is to provide everything to everyone,” Modi asserted.

PM Modi spoke about the schemes provided by the NDA government in the last five years' rule in Assam and, the benefits derived by the beneficiaries from these schemes.

PM Modi also urged the people to vote in large numbers in the last phase and, to ensure victory for the NDA government in Assam.

The last phase of the Assam election will be held on April 6.